Purpose: The aim of this study was to evaluate the prevalence rate of resistant oral viridans group streptococci (VGS) to some β-lactam antibiotics in healthy young adults.

Material and methods: Saliva were collected from 33 healthy young adults, aged 19-24 years. The streptococci were isolated and identified using standard methods. For performance of antibacterial susceptibility testing of VGS isolates disk diffusion procedures were used according to NCCLS (National Committee for Clinical Laboratory Standards) standards and criteria. A total of 75 VGS strains were tested against ampicillin, ampiclox, cephalexin and carbenicillin.

Results: high rate of resistance of 33 bacterial isolates (44%) towards ampicillin was observed. Furthermore, a similar scenario was observed for cephalexin in which 51 isolates of the tested organism (68%) showed remarkable resistance against cephalosporin group of antibiotics. On the other hand, only 27 (36%) and 12 (16%) of saliva isolated viridance streptococci recorded to be antibiotic resistant to ampiclox and carpenicilin, respectively. A multiple resistance patterns of viridians streptococci against the four antibiotics was also prudent with (16%) of isolates, and (8%), (24%) were resistant to three and two isolates respectively. Cross resistanse was obvious between ampicillin and ampiclox.

Conclusion: A high prevalence of a significant of β-lactam resistant VGS in healthy adults was observed and documented. 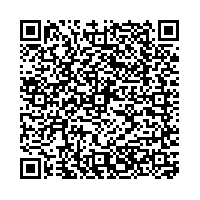