Purpose: The aim of this study was to evaluate the prevalence rate of resistant oral viridans group streptococci (VGS) to some β-lactam antibiotics in healthy young adults.

Material and methods: Saliva were collected from 33 healthy young adults, aged 19-24 years. The streptococci were isolated and identified using standard methods. For performance of antibacterial susceptibility testing of VGS isolates disk diffusion procedures were used according to NCCLS (National Committee for Clinical Laboratory Standards) standards and criteria. A total of 75 VGS strains were tested against ampicillin, ampiclox, cephalexin and carbenicillin.

Results: high rate of resistance of 33 bacterial isolates (44%) towards ampicillin was observed. Furthermore, a similar scenario was observed for cephalexin in which 51 isolates of the tested organism (68%) showed remarkable resistance against cephalosporin group of antibiotics. On the other hand, only 27 (36%) and 12 (16%) of saliva isolated viridance streptococci recorded to be antibiotic resistant to ampiclox and carpenicilin, respectively. A multiple resistance patterns of viridians streptococci against the four antibiotics was also prudent with (16%) of isolates, and (8%), (24%) were resistant to three and two isolates respectively. Cross resistanse was obvious between ampicillin and ampiclox.

Conclusion: A high prevalence of a significant of β-lactam resistant VGS in healthy adults was observed and documented.

Viridans streptococci represent a group of 24 currently described Streptococcus species that are nutritionally fastidious and mainly alpha-hemolytic on blood agar [1]. These gram-positive cocci are commensals of the oral cavity, upper airway, and gastrointestinal and genitourinary tracts. Despite the overall low virulence, Viridans group streptococci continue to be the most common cause of both native valve endocarditis [2] and late prosthetic valve endocarditis [3]. They have also been implicated in serious pyogenic infections moreover as emerging pathogens in neonates and neutropenic patients [4], and they appear to be a serious problem in patients with hematologic malignancies receiving cytotoxic chemotherapy [5,6].

Antibiotic resistance is most prevalent in countries with a high level of antibiotic consumption, supporting the link between antibiotic use and the emergence of bacterial resistance [7]. Resistance to beta-lactams, macrolides and other antibiotics among blood cultures of VGS is a major concern and could compromise currently available prophylactic and therapeutic regimens [8]. The antibiotic resistance of oral and gut flora may be due to the selection of clones with reduced susceptibility during antibiotic treatment, but also to the transfer of resistance genes from exogenous bacteria [9].

However, recent studies have indicated that VGS are increasingly becoming resistant to many antibiotics not only to penicillin, to macrolides and others [10,11]. Since a recent study reported, among 425 VGS strains, a high level of penicillin resistance and other antibiotics was shown among viridians Streptococci strains reached to 16.7% [12]. The aim of the present study was to evaluate the prevalence of oral viridans group streptococci (VGS) and their susceptibilities to some antibiotics in healthy young adults.

During the period from January 2012 to March 2012, a total of 75 VGS isolates isolated from saliva of 33 healthy students of both sexes aged from 19 to 24 years old in Tikrit university campus. All these healthy individuals assured that they haven’t taken any antibiotics during in the last three months.

Healthy students were asked to chew on a piece of paraffin wax for 2 min, expectorate the saliva and collect it into sterile glasstubes. Samples were immediately brought to the microbiologylaboratory for further processing. Saliva was diluted (1: 1000 (v/v)) in sterile distilled water and an aliquot (50 mL) of thedilution was manually seeded on blood agar plates (Himedia. india) incubated at 37°C for 24 h as described [13].

The organisms were all presumptively identified as viridans streptococci based on alpha-hemolysis, gram-positive reaction, coccus morphology in chains, negative catalase test, and exclusions of pneumococci and enterococci by routine biochemical tests (optochin test, bile solubility). Following identification 75 colonies were randomly selected and streptococcal strains in saliva were isolated [14].

For experimental purpose, the chosen isolates from healthy subjects were tested for antibacterial susceptibilities. For performance of antibacterial susceptibility testing of VGS strains disk diffusion procedures were used on Muller-Hinton medium (Himedia. india) according to CLSI standards and criteria [15]. The VGS strains were tested against ampicillin (10 mcg), cephalexin (30 mcg), ampiclox (25/5 mcg) and carbenicillin (100 mcg) (Bio analyse). S. aureus were used for assay control.

Statistical comparisons of the susceptibility rates and incidence of viridans group of streptococci were performed by chi-square test. Significant P values (≤ 0.05) or nearly significant ones were given.

Table 1 demonstrates the antimicrobial resistance profile of viridians streptococci against the tested antibiotics. The results clearly showed that there was a high rate of resistance of 33 bacterial isolates (44%) toward ampicillin. Furthermore, a similar scenario was observed for cephalexin in which 51 isolates of the tested organism (68%) showed remarkable resistance against cephalosporin group of antibiotics. On the other hand, only 27 (36%) and 12 (16%) of saliva isolated viridance streptococci recorded to be antibiotic resistant to ampiclox and carpenicilin, respectively.

Table 1: The antimicrobial resistance profile of viridians streptococci against the tested antibiotics.

Table 2: Shows a multidrug resistance profile of viridance streptococci to the tested antimicrobials.

The using o B-lactam antibiotic in general population with high rate in treatment of different disease such as dental alveolar periodontal diseases and prophylaxix for infective endocarditis, and also they used in medicine for treatment of otitis media, sinusitis. Bronchitis is factors can promote an increase in b-lactam resistance in the oral microbiota such as viridians streptococci that found in mouth as a normal flora. Meanwhile, endocarditis is also important consequences after tooth extraction, and it could be implicated also with healthy individuals [16].

In summary, more than 75% of the healthy subjects investigatedyielded oral isolates of VGS that were resistant toβ-lactam singly or in multi pattern. This percentage expresses which is real fact present among our population in all sectors. This percentage was higher than expected, possibly because the patients infected with VGS frequently receive antibiotic therapy to treat infections, subsequent to chemotherapy that may select for penicillin-resistant strains of VGS. It is important to be aware of the high level of penicillin and β-lactam resistance in oral VGS in patients with hematological diseases, and this parameter should be considered when selecting antibiotic therapy for cases of septicaemia caused by VGS in immune compromised patients and also endocarditis, as it is remarkably shown the dissemination of resistant strains of VGS in blood [25]. Therefore, for an effective management of these infections an ultimate and detailed bacteriological diagnosis and susceptibility testing required to overcome global problem of antibiotic resistance and by encouraging greater understanding of this problem different solutions can be planned by health care providers. 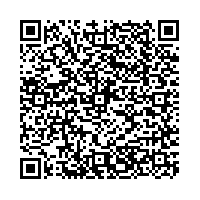