Biodegradable polymers are a particular clas of polymer that breaks down after its intended purpose by bacterial decomposition process to result in natural byproducts such as gases carbon dioxide and Nitrogen, water, and inorganic salts. In this study, some of the physicochemical properties, such as the logarithm of calculated Octanol-Water Partitioning Coefficients (logKow), Total Biodegradation (TBd in mol/h and g/h), water solubility (Sw, mg.L-1/25ºC) and median lethal concentration 50 (LC50), were calculated for the biodegradable synthetic polymers Poly Glycolic Acid (PGA) and Poly Lactic Acid (PLA) with variable length of the polymers. The equations of the model could be utilized to extend for longer polymers of PGA and PLA. Another common term is Lethal Concentration 50 (LC50), which describes the amount of chemical inhaled by test animals that causes death in 50% of test animals used during a toxicity test study. The LD50 and LC50 values are then used to infer what dose is required to show a toxic effect on humans The coefficients and factors studied on these polymeric compounds indicate acceptable physical chemistry properties for measuring hydrophobic, toxicity and other important parameters of these compounds

Biodegradable materials are used in packing, agriculture, medicine and other areas. In recent years there has been an increase in interest in biodegradable polymers. Two classes of biodegradable polymers can be distinguished, synthetic and natural polymers. There are polymers produced from feed stocks derived either from petroleum resources or from biological resources. In general natural polymers offer fewer advantages than synthetic polymers. Biodegradable synthetic polymers such as Poly Glycolic Acid (PGA) and Poly Lactic Acid (PLA) have been used in a number of clinical applications (FIG. 1). The major applications include resorbable sutures, drug delivery systems and ortopaedic fixation devices such as pins, rods and screws. PGA is a rigid thermoplastic material with high crystallinity. Because of the high crystallinity, PGA is not soluble in most organic solvents. The degradation of PLA generally involves random hydrolysis of their ester bonds. PLA degrades to form lactic acid which is normally present in the body. it can be used as a packaging film for oxygen sensitive products, for example as an interlayer between two polyester films. Other important applications include shale gas extraction and other industrial processes as well as synthetic fast absorbable sutures for internal surgeries [1-3]. The Octanol-Water Partition Coefficient (Kow) is a measure of the equilibrium concentration of a compound between octanol and water that indicates the potential for partitioning in to soil organic matter (i.e., a high Kow indicates a compound which will preferentially partition into soil organic matter rather than water). LogKow is a very important parameter for predicting the distribution of a substance in various environmental compartments (water, soil, air, biota, etc). Substances with high logKow values tend to adsorb more readily to organic matter in soils or sediments because of their low affinity for water. Chemicals with very high logKow values (i.e,>4.5) are of greater concern because they may have the potential to bio-concentrate in living organisms. For above reason, n-Octanol/Water Partition Coefficient (Kow) is used as a screening test for bio-accumulation test. The assumption behind this is that the uptake of an organic substance is driven by its hydrophobicity [4-7]. This coefficient is inversely related to the solubility of a compound in water. The logKow is used in models to estimate plant and soil invertebrate bioaccumulation factors. This parameter is also used in many environmental studies to help determine the environmental fate of chemicals [8, 9].

Biodegradation is usually quantified by incubating a chemical compound in presence of a degrader, and measuring some factors like oxygen or production of CO2. These molecules form an interatomic type of bonding and is adamant meaning it is tough for microbes to break the bonds and digest them. Thus a long period is required to decompose them [10]. The polymers which can decompose in a few days are decomposed by the action of microorganisms and are known as biodegradable polymers [11, 12]. The biodegradation studies demonstrate that microbial biosensors are a viable alternative means of reporting on potential biotransformation. However, a few chemicals are tested and large data sets for different chemicals need for quantitative structural relationship studies [13].

LC50 is short for "lethal concentration 50%" or "median lethal concentration". It is the concentration of a substance (in air or water) at which half the members of a population are killed after a specified duration of exposure. Exposure is typically through inhalation. This value is very important in toxicology and agriculture as it gives an indication of substance (eg. herbicide) toxicity. The LC50 is inversely proportional to toxicity. A substance with a lower LC50 is more toxic than one which has a higher LC50 [14-16].

Figure 2: The graph and equations of the relationships of the TBd and number of monomers of PGA and PLA 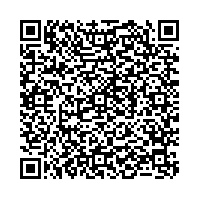