AIDS (Acquired Immunodeficiency Virus) is a disease caused by the HIV virus (Human Immunodeficiency Virus) that attacks the body system. 99% of the causes of AIDS in the world caused by HIV-1. The most effective antiretroviral therapy method currently is HAART (Highly Active Antiretroviral Therapy). One of the therapy components in HAART is an HIV-1 protease inhibitor which has higher genetic barrier than the other HIV treatments. Various studies have been developed to find a novel anti-HIV drug that can be reached by most of the patients in low-limited settings, such as Indonesia. Therefore in this study we constructed a plasmid that can be used for developing a high throughput system as a selection of new anti-HIV drug candidates from Indonesian resources. For plasmid backbone, we used the P00201704939, a constructed plasmid that containing the AraC regulator gene and the GFP reporter gene. The HIV Id protease dimer domain was constructed in plasmid backbone and transformed into host cell Escherichia coli BL21 (DE3) using heat-shock method. Subsequently, transformation results were confirmed by using PCR and Sanger sequencing method. The PCR and sequencing results revealed that the HIV Id homodimer gene was successfully transformed into a backbone plasmid and there was no mutation in the nucleotide and amino acid sequences.

AIDS (Acquired Immunodeficiency Virus) is a disease caused by the HIV virus (Human Immunodeficiency Virus) that attacks the immune system. HIV is a retrovirus with 9,749 nucleotides consisting of two single strands of identical RNA genomes. HIV is divided into two main types namely HIV-1 and HIV-2. Genetically, both types of HIV are similar. However, HIV-2 has a lower virulence level than HIV-1. 99% of the causes of AIDS in the world are caused by HIV-1. In addition, HIV-2 is only present in West Africa. AIDS was first discovered in the United States in 1981 and by 2003 there were more than 70 million people infected with this virus in which 25 million people died [1].

Gervaix et al. [4], has developed method for monitoring HIV infection by cloning a plasmid encoding Green Fluorescence Protein (GFP) to a stable T-cell line (CEM) that driven by the HIV-1 long terminal repeat. In that research, CEM-GFP can be used to monitor HIV infectivity titers and antiretroviral drug susceptibility of syncytium-inducing strains where GFP is nontoxic to cells. Various studies have been developed to find new anti-HIV drugs, but to date these medicines are still not reachable by Indonesians in general. On the other hand, Indonesia is a country rich in natural resources whose potential to become anti-HIV drugs has not been widely studied. Therefore in this study we intend to construct a plasmid that can be used to develop a high throughput system as a selection of new anti-HIV drug candidates derived from Indonesia's biological resources using GFP as marker expression of HIV-1 protease (Fig. 2).

The plasmid construction refers to a patent with a P00201704939 number where the PhoR gene of the patent is substituted with a protease-coding gene from HIV (HIV Id). The HIV Id sequence used in this study is the synthesis gene of codon optimization using the software present on the GenScript website. The sequence of HIV Id coded optimization results is then sent to GenScript for synthesis.

The transformation method used refers to the method of Heat Shock [4] where the host cell used is Escherichia coli BL21 (DE3).

PCR method: The transformed plasmid confirmed by PCR method. The PCR profile used for amplification of the AraC-HIV Id homodimer gene was at 95ºC for 3 minutes for predenaturation and denaturation at 95ºC for 30 seconds. Then annealing or primary attachment stage occurred at temperature 56ºC for 30 seconds and continued with elongation stage at temperature 72ºC for 1 minute. This amplification process lasts for 25 cycles. After the 25th cycle, proceed with final elongation at 72ºC for 7 minutes. The PCR result was then electrophoresed. Primary sequences used are forward primer

Sequencing analysis was conducted to determine the sequence of nucleotides sequence in a DNA fragment and to know the mutations that occurred after the transformation. Based on Fig. 3 it is known that the value of cons sequence of HIV Id and sequencing results reaches 100 means there is no mutation of nucleotide sequence of the AraC-HIV Id homodimer genes. Fig 3: Alignment of HIV Id nucleotide sequences with the results of sequencing.

In this study we have successfully constructed the plasmid AraC-HIV Id that might be used for developing a high throughput system as a selection of new anti-HIV drug. 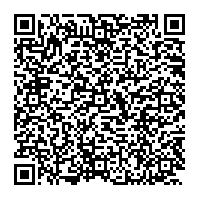