A novel method of solid waste treatment is proposed with the concept of biodiesel production using waste fats obtained from goat, pork, and chicken as feedstocks. The fats of animals and poultry were converted into the oil using rendering operation. The efficiency of rendering operation was determined based on the mass of oil production from a known mass of fat. The results showed that the conversion efficiency from fats to oil was 88% ± 2%, 91% ± 1%, and 92% ± 1% respectively with respect to goat, pig, and chicken fat. The formed oil was characterized for its density, kinematic viscosity, acid value, calorific value and its fatty acid composition. The calorific value of the oil determines its energy capacities towards burning. The results showed that goat, pig, and chicken oil had a calorific value of 39.894 ± 0.170 MJ/kg, 40.285 ± 0.220 MJ/kg, and 39.623 ± 0.120 MJ/kg. The GC-MS analysis showed the presence of oleic acid, eicosanoic acid and 1-octanol 2-butyl in goat oil. While 17-pentatriacontene, eicosanoic acid and n-hexadecanoic acid were the major compounds derived from pork oil. In the case of chicken oil E-2-octadecadecen-1-ol, eicosanoic acid, sulphurous acid and 2-propyl tetradecyl ester were predominant compounds. The current article explores a way in reducing solid waste and subsequently fingerprinting the compounds deriving from fat source. The characteristics of oil derived from waste fats would help to decide the blend ratio in biodiesel.

The unprecedented demand in energy has occurred due to the exploitation of fossil fuel in the name of improved living standards, increased population, and industrialization; this in turn leads to environmental issues like global warming and acid rain. In-order to cope up with sustainable growth, renewable energy sources were found to be the only alternative for fossil fuel, due to the depleting fossil reserves and political instability coupled with increased price fluctuation [1-8].

Fats and oils are used for a variety of purposes ranging from cooking, health products, cosmetics, soap and surfactant, and fuel. The quest for renewable energy has opened up new vistas in renewable energy resources like vegetable oil, algae, wood chips, grasses, solid wastes, and animal fats, which does not divert food into energy while removing the dent in the oil market. Deriving fuel from crop-based material such as soya, rapeseed, sunflower, and palm oil was once found to be a promising alternative source of energy, which had slowly given way for low-grade inedible fat and grease from food processing sector [9,10]. Based on the source of fats or oils the composition of fatty acids varies. Hence understanding the oil composition would help a lot in determining the environmental impact with respect to air pollution when used as a biofuel [11,12]. Even though vegetable oils were preferred to supply biodiesel demand, studies have also shown that non-edible oils, lipid wastes, and animal fat wastes are more suited biomass resources [13-18].

Triglyceride or triacylglycerols represent the esters of fat and oil, which were formed from one molecule of glycerol and three molecules of fatty acids. Monoalkyl esters of long-chain fatty acids are termed as biodiesel, which was obtained by the transesterification of vegetable oils or animal fats with short-chain alcohol in the presence of acid or alkali catalyst [19]. Biofuels derived from locally available resources help to reduce the dependence on fossil petroleum products. Fatty acid chains may contain one or more double bonds at specific positions (unsaturated and polyunsaturated), or they may be fully saturated. The composition of fatty acids reveals the degree of unsaturation and its varying chain length, which helps in distinguishing between liquid oils and solid fats. Direct analysis of fat having a high boiling point through gas chromatography is hindered. Hence fat has to be chemically decomposed into methyl esters of each fatty acid before subjecting to GC analysis [20]. Different methods like saponification, liquid-liquid partition, and chromatographic techniques were adopted to isolate the triacylglycerol matrix. Transesterification reaction of vegetable oil or animal fats with methanol in the presence of catalyst gives biodiesel. A mild reaction temperature, short reaction time, and atmospheric pressure; high biodiesel yield is obtained by using a homogeneous alkali catalyst in the transesterification process [19]. The fats derived from lard, beef, mutton, swine, and chicken were characterized using various analytical techniques viz: differential scanning calorimetric analysis [21,22], Fourier transform infrared spectroscopy [23], Gas Chromatography-Mass Spectrometry (GC-MS) [24] and elemental analyzer–isotope ratio mass spectrometry (EA-IRMS) [25,26].

The free fatty acid content in oil plays an important part in determining the technical criterion selection for the biodiesel production process. In this paper, we have described a method of fingerprinting the source of bio-oil derived from the fats of chicken, goat, and pork with respect to the fatty acid profiles obtained using GC-MS and the oil characteristics based on kinematic viscosity, density, acid value, flash point, and calorific value. The characteristics of oil derived from waste fats of animals and fowl would decide the blend ratio in biodiesel production for energy generation in an economically and environmentally sustainable way.

Crude fat samples were collected from the local butcher shops (Chennai, Tamil Nadu, India.) selling goat, pork, and chicken meat. The collected samples were transported to the lab in an ice-box preserved at 4°C for a maximum holding period of 4 hrs. Segregation and cleaning of the fat sample were carried-out in tap water to remove the adhering flesh and bloodstains. The cleaned fat was preserved for a maximum period of 1 week at 0°C. Rendering operations were carried out under batch mode with 2.1 ± 0.1 kg. Traces of flesh present in the melted animal fats after rendering were removed by straining through a double-folded muslin cloth. During this process, the quantity of oil yield was recorded to determine the efficiency of the rendering operation. The filtered oil was stored at ambient room temperature 34 ± 3°C.

The esterification reaction was carried out using ethanolic boron trifluoride. Fatty Acid Ethyl Esters (FAEE’s) were extracted with hexane and analyzed by GC-MS. 100 g of oil was mixed with the chloroform-ethanol mixture (2:1) to which 10 ml NaCl solution was added and homogenized. The suspension was centrifuged followed by recovery of the chloroform phase. The dried extracts at 45°C under pressure were treated with ethanolic -sodium hydroxide at 85°C for 10 min. Ethanolic-Boron trifluoride was added dropwise to the sample, followed by hexane. Fatty acids were extracted using hexane by the addition of anhydrous sodium sulfate [28,29].

A GC-MS analysis was performed using a Perkin Elmer-Clarus 680. The analysis employed a fused silica column, packed with Elite-5MS (5% biphenyl 95% dimethylpolysiloxane, 30 m × 0.25 mm ID × 250 μm df) and the components were separated using Helium as carrier gas at a constant flow of 1 ml/min. The injector temperature was set at 260°C during the chromatographic run. The 1 μL of extract sample injected into the instrument the oven temperature was as follows: 60°C (2 min); followed by 300°C at the rate of 10°C min−1; and 300°C, where it was held for 6 min. The mass detector conditions were maintained at: transfer line temperature 230°C; ion source temperature 230°C; and ionization mode electron impact at 70 eV, scan time 0.2 sec, and scan interval of 0.1 sec. The fragments were analyzed from 40 Da to 600 Da. The spectrums of the components of the fatty acid were compared with the database of the spectrum of known components stored in the GC-MS NIST-2008 libraries using the software TurboMass ver 5.4.2.

The goat, pork and chicken foil had a calorific value of 39.894 ± 0.17 MJ/kg, 40.285 ± 0.22 MJ/kg and 39.623 ± 0.12 MJ/kg respectively which was in corroboration with the earlier researchers who had stated a calorific value of 39.5 MJ/kg and 39.6 MJ/kg for pork and chicken oil [33,35]. The calorific value of diesel derived from fossil fuel was found to be 43.6 ± 0.8 MJ/kg. Hence the oil derived from chicken, goat, and pork could serve as additive provided the viscosity of the oil blended with diesel, falls within the desired range of operating value in the smooth running of the diesel engine. The use of animal and fowl oil as an additive could help to reduce the fossil fuel deficit and it would be handy in remote areas.

The current research work described the technical criterion for considering the fats derived from animals and fowl as a biofuel source. The GC-MS method of fingerprinting fatty acid helps us identify the source bio-oil from where it was derived. In the case of goat, pig, and chicken fat the major unsaturated fatty esters were found to be oleic acid, 17-pentatriacontene, and E-2-octadecadecen- 1-ol respectively. The characteristics of the fat oils would throw light on the possibility of using the oils as an additive to the fossil diesel fuel and to determine the blend ratio. This effort would reduce waste generation from the slaughterhouse as well as derive a renewable energy source from waste fats. 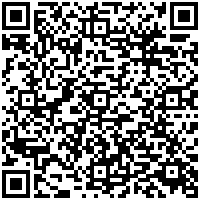