It is the study of the distinct chemical fingerprints left behind by specific cellular processes, as opposed to the study of their small-molecule metabolites. It is a research-based study of enzymatic and chemical processes in a cell of human metabolism that includes metabolites, small molecule substrates, intermediates, and products. According to messenger RNA, gene expression data, and proteomic analyses, a specific set of gene products is produced in the cell for a specific cellular function.

It is a complete set of small-molecule metabolites of less than 1.5 k/Da found in a biological sample, such as metabolic intermediates, hormones, other signaling molecules, and secondary metabolites. In 2005, members of Gary Siuzdak's lab at The Scripps Research Institute in California created the first metabolite database, METLIN, for searching fragmentation data from tandem mass spectrometry experiments.

It is the study of extracellular metabolites that employs many techniques from other subfields of metabolomics and has applications in biofuel development, bioprocessing, drug mechanism of action determination, and studying intercellular interactions. It's also referred to as metabolic foot-printing.

Metabolic profiling is defined as the identification and quantification of a predefined number of metabolites in a specific metabolic pathway and is the measurement in biological systems of the components with low molecular weight metabolites and their intermediates or end products.

It is a quick and non-invasive analysis that represents a powerful approach for characterizing phenotypes and distinguishing specific metabolic states caused by environmental changes. The goal of research into unbiased, rapid, global sample analysis to provide sample classification is to derive clinically relevant differences rather than to identify all of the molecules present in a sample. A metabolic analysis in metabolic fingerprinting was used to investigate the physiological and metabolic changes in the acute liver damage rat.

Metabolomics is a novel platform with enormous potential for the diagnosis and prognosis of neurodegenerative disorders because an individual metabolome reflects changes in genetic, transcript, and protein profiles as well as environmental effects. Analysis may also be able to align therapy selection, identify responders, and predict toxicity, paving the way for personalized treatment. It categorizes some diseases that affect human metabolism and the body's system

It is a technique used to collect samples from tissue, plasma, saliva, urine, and other body fluids after they have been prepared with metabolites and their components. Samples are analyzed and quantified using either NMR or MS spectroscopy in conjunction with liquid or gas chromatography. The raw output data was then subjected to Data Acquisition, which was followed by data analysis and interpretation. Multivariate analysis, for example, PCA with score plot and loading plot. Analytical techniques are divided into two types: a) separation methods and b) detection methods. Metabolomics based on NMR Spectroscopy aims to classify the progression of toxicological actions, monitor the onset of action and organ-specific toxicity, and identify prodrugs of toxicity. Because of the ease with which samples can be prepared, the ability to quantify metabolite levels, the high level of experimental reproducibility, and the inherent nondestructive nature of NMR spectroscopy, it has become a platform for large-scale clinical studies. It will also look at some of the specific strengths of NMR-based metabolomics, such as isotope selection or detection, mixture of de-convolution via 2D spectroscopy, automation, and the ability to analyze vernacular tissue specimens non-invasively. It can be used for both targeted and untargeted analyses, but targeted analyses are less common.

This metabolomics method provides quantitative analysis with high selectivity and sensitivity, as well as the potential to identify metabolites. To increase the number of detected metabolites, various ionization techniques are obtained. For targeted analyses, both (GC)-MS and (LC)-MS are superior. Desorption Electrospray Ionization (DESI) may be a useful way to analyze tissue samples during surgery in in-vivo studies, but MS is not used in in vivo metabolomics studies. HPLC, gas chromatography, and capillary electrophoresis are the primary chromatography techniques that are specifically coupled with MS (CE). For example, studies on a variety of diseases such as breast cancer, colorectal cancer, prostate cancer, esophageal and gastric cancer, cardiovascular disease, kidney disease, and inborn metabolic errors.

Immuno Metabolism is a developing field of study that combines immunology and metabolism. It has assisted researchers in better understanding the impact of dietary interventions on exercise-induced immunological dysfunction.

• It paves the way for new drug development in immune-related disorders.

• The ability to modify macrophage behavior in situ necessitates the interconnection of specific metabolic components and immunological signaling pathways.

Metabolomics approaches are divided into two categories based on their analytical approaches: targeted and untargeted. It has metabolic profiling segmentation, identification, and quantification of metabolic substrates using either targeted or untargeted approaches

Metabolism defined the chemical reactions in the body's cells that convert food into energy, and the above-mentioned set of reactions within the cells as "Intermediary metabolism" or "Intermediate metabolism." These enzyme-catalyzed reactions enable organisms to grow and reproduce, keep their structures, and respond to their surroundings. Carbohydrates, lipids, and proteins are the most important elements. A living organism also requires vitamins, minerals, fatty acids, and water. It is further subdivided into two groups: catabolism and anabolism.

The three primary functions of metabolism are: converting energy from food into ATP form of energy, Food is converted into constructive blocks of carbs, proteins, nucleic acids, lipids, and finally eliminated.

It is a biochemical process in humans that is responsible for the metabolic formation, breakdown, and inter-conversion of energy in the form of ATP. The only constant source of energy from carbohydrates is glucose, which can be broken down via glycolysis, enter the Krebs cycle, and undergo oxidative phosphorylation to generate ATP. Carbohydrates are classified into three types: sugar, starch, and cellulose. Starches and sugars are important sources of energy for humans, whereas fibers or cellulose add bulk to the diet. Glucose is required by body tissues for all daily activities. Sugar is commonly found in foods such as rice, wheat, bread, and potatoes.

Protein metabolism is a biochemical process that is responsible for protein catabolism and protein anabolism from amino acids (breakdown and formed). Proteins are the primary structural proteins in the body. It aids in the formation of hemoglobin to carry oxygen, enzymes to carry out vital cell reactions, and numerous other functions in the body. It aids in the preservation of proper PH and fluid balance. Eggs, milk, soybeans, meats, vegetables, and grains are the highest quality protein foods. Because they contain amino acids, they are essential for nutrition. The human body cannot synthesize eight of the twenty amino acids, which are referred to as essential amino acids. Isoleucine, Lysine, Threonine, Phenylalanine, Leucine, Tryptophan, Methionine, and Valine are all essential amino acids.

Fat metabolism is a biological metabolic process that converts ingested fats into fatty acids and glycerol, from which a simple compound that can be used in body cells is derived. Energy is provided by fats. On a weight basis, they produce twice as much energy as carbohydrates or protein. Carbon dioxide, water, and ATP are the end products of fat metabolism. Fats perform the following functions:

• It aids in the formation of cellular structure

• It acts as a protective cushion and insulation around vital organs.

• Aids in the absorption of fat-soluble vitamins

The metabolic disorders are caused by an abnormal level of substrates in the body, which causes various disorders and is treated with the help of the characters listed below. 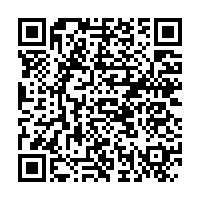