The objective of this work is to describe the epidemiological and clinical characteristics of patients who presented a gastric Non-Hodgkin's Malignant Lymphomas in absence and in the presence of the bacterium Helicobacter pylori. This is a descriptive retrospective study. During the period 2000 and 2010, based on the records of inpatients in qui their biopsies made during the examination of their stomachs by fibroscopy in the department were consulted at Hepato-Gastroenterology at the University Hospital Center in Rabat, Morocco. A total of 70 cases of gastric Non-Hodgkin's Malignant Lymphomas were recorded with an average of 6 cases per years, which represents 23% of all gastric cancers identified. Male gender is most affected. The prevalence rate of gastric Non-Hodgkin's in the absence of the bacterium Helicobacter pylori is 55% and 56% in the presence of Helicobater pylori. Adults are mostly affected by this disease. Epigastric pain in the presence or absence of the Helicobacre pylori bacterium proves to be the main symptom of the gastric Non-Hodgkin's Malignant Lymphomas. Treatment at an early stage should be done to reduce the risks associated with this pathology.

Lymphomas are malignant tumors developing from lymphoid cells. Their frequency in the world has been increasing since the 1960’s. It is a set of proliferation whose clinical presentation, histological type, etiology, prognosis, and treatment are very variable [1].

They are a common disease in developed countries, where they account for 3 to 5% of cancer deaths and nearly 1% of all deaths. According to French data, they occupy the 6th place by incidence in men and 8th in women and rank 10th for mortality in men, 6th in women [2].

The aim of this work is to describe the epidemiological, clinical and endoscopic characteristics of gastric Non-Hodgkin's Malignant Lymphomas (NHML) in the presence and absence of Helicobacter pylori bacteria (Hp).

This is a descriptive retrospective study during the period 2000 and 2010, based on the records of inpatients in which their biopsies were performed during the examination of their stomachs by fibroscopy in the department were consulted of Hepato-Gastroenterology at the University Hospital Center in Rabat, Morocco.

The results analysis used SPSS software. Quantitative variables are expressed as a mean ± error of the mean, while the qualitative ones, in proportions. The Pearson Chi-square test was used to determine the associations between the variables in the study. Under the conditions of non-applicability of Pearson's chi-square, Fisher's exact test was required. The statistical significance level was set at p <0.05.

The temporal distribution of registered lymphomas, during the 11 years of study, is illustrated in FIG. 1. A total of 47 cases were collected, an average of 4 ± 0.59 cases/year. The results of this evolution show that the years 2001, 2004 and 2010 had the most hospitalized cases, marked with 6, 7 and 6 hospitalized cases respectively.

9% of the patients have a family history, of which 2.5% are ulcerative and 6.5% have gastric adenocarcinoma. 44% (n=31) reported having a medical history at the time of the consultation, dominated by gastric ulcer type problems with a frequency of 24%, followed by diabetes in 12% of cases and then liver cirrhosis, problems cardiac and epigastralgia with 9% for each (TABLE 1).

The distribution of patients by primary reason for consultation shows that epigastric pain in the presence or absence of Hp bacteria reveal themselves to be the main symptom of gastric NHML. The other symptoms are listed in TABLE 2.

Stomach cancer is one of the most commonly diagnosed cancers in the world. It remains a major public health problem globally because it is the second leading cause of cancer death after lung cancer [3]. Therefore, several studies have shown that the origin has no effect on the appearance of gastric cancer; it is rather the socio-economic level and the poor lifestyle that have a favorable effect on the appearance of gastric cancer. Gastric cancer can be caused by a high carbohydrate diet, hypoprotein, low in fruit, excessive consumption of fat, improper food preservation and irregular meals [4,5].

Gastric localization is the most frequent digestive tract lymphoma (35%) [6], but remains a rare condition since it represents only 3 to 10% of malignant tumors of the stomach [7,9].

In Morocco, there are no national cancer registries to establish accurate statistical studies, but according to the cancer registry of the greater Casablanca region in 2004, the NHL's represented the third most common cancer in humans with an incidence of 6, 1 per 100000 inhabitants. It remains comparable with those observed in the different countries of the Maghreb [11]. In Morocco, a total of 1,901 cases were identified during the period 1985 and 2002 according to the National Institute of Oncology of Rabat [12].

Our study made it possible to collect 70 cases of the NHLM during the period 2000 and 2010, which represents 23% of all the cases collected. In other publications, they are of the order of 6% (4) and 36% [13]. Thus, results are very diverse from one study to another. This difference could be explained by the number of cases and collaged different types of gastric cancer diagnosed.

According to the results obtained, the NHLM gastric had mainly affected adults whose age is greater than 19 years. These results are similar to those found in the Maghrebi studies [14], showing an average age of 56.9 years. Prevalence in males predominates in the presence and absence of HP bacteria after comparison [15,16], highlighting that the NHML affects more than 1.3% of the population.

The epigastralgia are the most frequent sign of patients in our series, at 26% and 27% of patients who are not present with the infection. This is concordant with the lineament where the first dominant call signs are epigastralgia [17,18]. However, 24% of patients had a medical history of ulcer type. This result is consistent with other publications [19,20].

Better management of lymphomatous patients can only be conceived through epidemiological studies allowing a better knowledge of the environmental or infectious risk factors and the identification of subjects at risk allowing a prescription of an adequate treatment and an early diagnosis of the disease. 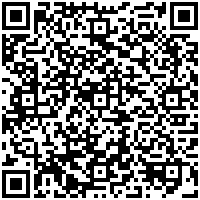