In the pharmacological analysis, the antibiotics were used to cure diuretics but it created the side effects like increase plasma, changes in edema, hypertension and heart diseases. In earlier days, the diuretics/hypertension was cured with five types of antibiotics. These kinds of antibiotics also affected the glucose level in patients and created side effects. Additionally, there is a concern about excess mortality associated with diuretic therapy and diabetes mellitus. The alcoholic extract of Aerva lanata was tested for diuretic activity. Manoj Goyal et al., reported that the alcoholic extract at a dose of 800 mg/kg acted as a diuretic, with respect to control [1].

They confirmed that the medicinal plant A. lanata is used an alternate for chemotherapy against diuretics. Hence in the present investigation, we estimated the diuretic efficiency of A. lanata.

In the present study rats (Wister albino) were used to screen the diuretic assay. The rats were purchased from CPCSEA approved suppliers and transferred to the laboratory for accommodation. During accommodation, animals were not disturbed and were provided an adequate amount of pellet food and water ad libitum in standard condition (12 hrs light and 12 hrs dark). After accommodation, the animals were divided into nine groups (each group contains 6 animals) and used for diuretic analysis as per the method of Ganegamage et al. [2]. Diuretic induction drug, furosemide, and a compound of A. lanata lethal dose were calculated by Spraque method [3]. From the lethal dose, calculate one-tenth of LD50 concentration value for treatment.

Group I: Normal animal without any treatment.

Group III-VII: Animals were received a sublethal concentration of hexane, butanol, ethanol, chloroform and water extract of A. lanata (1g/kg bw) for treatment of diueresis animal.

Diuretic activities of normal and treated animals were estimated using an estimation of difference between the output of urine and consumption of liquids. The percentage of variance in between saline administered and test animals were calculated [4]. From the normal and test animals, a blood sample was collected through tail cut methods and kept it without disturbance for the separation of serum. The serum samples were used to screen the urea and creatinine by colorimetric methods using Randox kit [5].

Biochemical parameters were like ALT, AST and ALP were estimated in normal and treated animal samples of blood and liver homogenates.

Transamination is the process in which an amino group is transferred from one α- amino acid to another α- keto acid [6]. The amount of pyruvate formed was measured by means of 2, 4 trinitrophenyl hydrazine of pyruvic acid. The color of which is read at 520 nm. The activity of ALT was expressed as IU/dl

Transamination is the process in which an amino group is transferred from one α-amino acid to a keto acid [6]. AST catalyzes the reaction in which oxaloacetate is converted to pyruvate by decarboxylation and the pyruvate is estimated colorimetrically by the addition of 2,4 dinitrophenyl hydrazine. Two test tubes were taken and marked as test and blank. One ml of substrate was added in test and blank test tubes and incubated at 37°C for 3 minutes. To the tube marked test 0.2 ml serum was added. After incubation at 37˚C added 1 ml of 2, 4 dinitrophenyl hydrazine and allowed an addition to stand for 20 minutes. Followed by the addition 10 ml of 0.4 N NaOH, the color developed was read at 540 nm using a colorimeter. Simultaneously a set of standards were prepared as follows. To 8 different test tubes added 0.1, 0.2, 0.3, 0.4, 0.5, 0.6, 0.7, 0.8 and 1 ml of standard pyruvate solution. The buffer was added to both tubes were made up to 1.2 ml. To all the tubes add 1 ml of 2, 4 DNP, add 10 ml of 0.4 N NaOH and read at 540 nm. The activity of AST is expressed in IU/dl.

The phosphate present in serum or substrate, disodium phenyl phosphate to yield phenol as a product [7]. In the presence of alkaline oxidizing agents, 4-amino antipyrine gives a purple color with phenol which is read at 520 nm using a colorimeter. Two test tubes were taken and marked as test and blank. 2 ml of buffered substrate was added to each tube and placed in a water bath at 37°C for a few minutes. To this 0.1 ml of serum was added and incubated exactly for 15 minutes. To both tubes, 0.8 ml serum was added and simultaneously a serious of a standard containing 0.2, 0.4, 0.6, 0.8 and 1 ml of phenol standards were taken and made up to 1 ml with double distilled water. One ml of water considered as blank for this test. To the test, blank and standard tubes 1 ml of 4-aminoantipyrine and 1 ml of potassium ferricyanate were added and read at 520 nm after the development of color. The amount of ALP calculated and recorded in the unit of IU/dl.

The lethal dose concentration of A. lanata was 20.4 g/kg of rat. In this concentration the animals were dead, the 50% of concentration 10.2 g/kg does not kill the animals. Hence the 1g/kg of extracts and 0.5 g/kg of active compound used for further experiments.

Table 1: Diuretic/Antidiuretic analysis of animal administered with test chemicals and A. lanata extracts.

When we compared the result of active compound of A. lanata in combination with a diuretic drug, the combined effect showed a positive result. The result is in concordant with the reports of Chandrika et al., and Moram in animals treated with Artocarpus heterophyllus and Panaxquin quefolius respectively [11,12]. The marked increase in serum triglycerides and cholesterol observed in diabetic rats [13]. 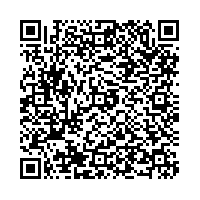