In South India, extensively grown medicinal plant is Piper nigrum, whose corn is used for various medicinal purposes in traditional herbal medication. In addition to the corn, the leaf also has phytochemical compounds, whose bioactivity has been studied against multi-drug resistant bacterial organisms which affects the persons who are under medication for another disease. The leaf was collected and their compounds were extracted using various solvents and studied their effect against different organisms at different concentrations.

Piper nigrum corn is a widely used spices throughout the world. It has been extensively used in improving appetite, enhancing the digestion, subsidizing the sore throat, cold, breathing and heart problem, to cure colic, diabetes, anemia and piles by mixing with other constituents [1]. To treat the eye problem, it is applied as an ointment in traditional medicine. Extract of ginger, pepper, lemon, salt, vidanga and mint used as antispasmodic and anti-flatulent in Unani medicine. It is sometimes added to tonics as a rubefacients to relieve the acute or chronic pain. Black pepper corn contains various alkaloids, among which piperine act as a central nervous system depressant. Some research suggests that the piperine have potential in the treatment of vitiligo, as it helps increase pigmentation in the skin. In addition to black pepper corn, the other part, especially, leaf has certain phytochemical compounds that have been extracted with different solvents and their antimicrobial activities were analyzed [2].

In Ayurveda medicine, black pepper has been being mixed with other substances such as castor oil, cow’s urine or ghee used in stomach ailments such as dyspepsia, flatulence, constipation and diarrhea for treatment.

Black pepper has been prepared as tablets for cholera and syphilis, and also chewed to reduce throat inflammation.

Externally, it has been applied as a paste to boils, to treat hair loss and for some skin diseases. Oil of pepper is reputed to alleviate itching with a mixture of sesame oil. The powdered black pepper has been recommended for application to areas affected by paralysis. A mixture of black pepper and honey is regarded as a remedy for night blindness. Black pepper has been given by inhalation to comatose patients. It is also believed to be useful against hepatitis, urinary and reproductive disorders [3,4].

• Conservation status: Widely cultivated and not considered to be threatened.

Effect of the black pepper corn obtained from different localities have shown various results in different studies. Apart this the leaf of the Piper plant from karumandurai locality is taken for studying the effect of compounds present with in it [5].

The leaves of the plant were collected from karumandhuri, Salem district in a sterile plastic bag and cleaned with distilled water to remove the dirt. It was shade dried and grinded into fine powder for further study [6].

Preparation of the extract

A sum of 15 g of fine powder of leaf was extracted with 30% of different solvents like ethanol, diethyl ether, chloroform and water in Soxhlet Extractor. The extracts were obtained in dried form using hot air oven.

2 g of extract was dissolved in 20 mL of solvent and used as the sample for phytochemical analysis [7].

To 0.1 mL of test samples few drops of ferric chloride was added, which results in a blackish red precipitate formation.

When Sodium hydroxide solution is added to 0.1 mL of test sample, an intense yellow color is formed, which turns colorless upon addition of few drops of dilute Hydrochloric acid which indicates the presence of flavonoids.

Test for tannins and phenol

Total of 5% of glacial acetic acid and Sodium nitrite was added to 0.1 mL plant extract which turns into muddy Niger brown color indicating the presence of phenols.

Mix 0.1 mL of extract with 0.1 mL of chloroform thoroughly; then add few drops of concentrated Sulfuric acid, a red color appears at the lower layer which indicates the presence of sterols.

5 mL of extract was shaken vigorously to obtain a stable persistent froth and then three drops of Olive oil was added and observed for the formation of an emulsion, which indicated the presence of saponins.

2 mL of aqueous ammonia was added to the extract and shaken well. Change in the color of aqueous layer like red, pink or violet was seen.

The antimicrobial activity was performed by well diffusion method, spreading the bacterial inoculum on the surface of the media using sterile swab. Wells were punched in the media using cork borer [8,9].

The standard was prepared by dissolving 4 mg of Streptomycin in 1 mL of ethanol which was taken in different concentrations for further studies.

Preparation of nutrient broth and agar

5 mL of nutrient broth was prepared in different conical flasks, autoclaved and inoculated with different microbes that were obtained from soil and lab as mentioned above. The culture was incubated at 37°C for 24 h in a shaker. The cultured broth was transferred aseptically to the Nutrient agar medium, mixed well and then poured in to the plate for soil organisms and the well was punctured, whereas for the human pathogen and multi-resistant organism, spread plate technique was adapted, i.e., the organism was aseptically swabbed in the nutrient agar, and then the well was created with sterile cork borer. The moisture content was wiped out thoroughly by using a sterile filter paper.

Dried crude extract (1 mg/mL) was dissolved in 30% of solvents like ethanol, diethyl ether, chloroform and water, separately, which was taken for further analysis. For standard, 30% of respective solvents were used as control. Initially, soil cultures were subjected to different concentrations (10 μg, 20 μg, 30 μg, 40 μg and 50 μg) of different solvent extracts. The extract that showed maximum activity against these organisms was chosen for further analysis in the human pathogen and multi-resistant organisms with slightly increased concentrations such as (20 μg, 40 μg, 60 μg, 80 μg and 100 μg) [9-13].

Incubate the plates at 37°C in an incubator for 24 h. The antimicrobial activity was determined by calculating the zone of inhibition around the well.

Various solvent extracts subjected against the soil organisms showed the zone of inhibition highest at 50 μg Staphylococcus aureus concentration of all the extracts. Among them the ethanol (Table 1a) shows 1 mm diameter of inhibition against Bacillus sp. followed by Klebsiella sp., E. coli and Staphylococcus aureus. The aqueous extract (Table 1b) showed 0.7 mm with Bacillus sp. followed by 0.6 mm in Staphylococcus aureus, whereas 0.5 mm in E. coli and Klebsiella sp. In chloroform and diethyl ether extract (Tables 1c and 1d), the zone of inhibition was similar against S. aureus, but 0.7 mm zone was observed against E. coli in chloroform and 0.9 mm zone against Klebsiella in Diethyl ether. Since the activity was seen highest in ethanol extract, it was further analyzed with human pathogen and multi-resistant organism.

The ethanol extract showed the highest activity against Bacillus sp. compared to other organisms, whereas when compared with standard streptomycin against human pathogen, it showed maximum inhibition, then multi-resistant organisms that is similar with standard, which was further analyzed by phytochemical study to know the presence of various compounds [14-28] (Table 3).

Piper nigrum corn was proved to contain medicinal properties in various studies but the leaf of the plant also possess anti-bacterial activity against the multi-drug resistant organism is been reported by this study. It also been determined that it possess various phytochemical compounds, it needs to be further analyzed to know their beneficial effect in medical and pharmaceutical industries.

The authors would like to thank Chairman of Shimpra, Thanjavur for providing necessary facilities to carry out the studies in their lab. 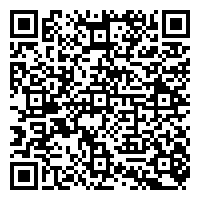