The chemical compound nitrite is quite prevalent in nature. It is frequently utilized as food additives in the food business, such as colourants, preservatives, etc. It is frequently used as an additive in meat processing since it also has the function of preventing Clostridium botulinum, colouring meat, and increasing flavour. However, too much nitrite can combine with amine-containing foods to generate poisonous N-nitrosamines, which can lead to cancer, methemoglobinemia in infants (Blue Baby Syndrome), spontaneous abortion, and issues with the central nervous system. Additionally, nitrite and haemoglobin in human blood can mix to generate methemoglobin, which lowers the blood's ability to carry oxygen and causes tissue hypoxia. Due to their similar look and flavour, nitrite and edible salt are frequently confused, which can lead to nitrite poisoning.

Cured bacon, sauce-braised pork, and other dishes can employ nitrite as a colour-retaining agent and preservative. The maximum amount of nitrite that can be used in food according to China's national standard GB 2760-2014 is 0.15 g/kg. GB 5009.33-2016, the "National Food Safety Standard - Determination of Nitrite and Nitrate in Food," is the principal standard used in China nowadays for nitrite in food determination. Since low-content samples are used to generate the standard curve in spectrophotometry, an overly high concentration will alter the computation of the curve or the results of the calculation, and may even result in false negatives. According to reports, when samples are poisoned with high-concentration nitrite contact reagents, the purple-red hue fades to orange-yellow in a matter of seconds, making it simple to construct false negatives that ultimately lead to bad judgement.

There is very little in-depth research on the subject of how the fading reaction takes place. By using low, medium, and high concentrations of nitrite standard solutions and sample solutions in colorimetry, as well as high-performance liquid chromatography and high-performance liquid chromatography-mass spectrometry to qualitatively analyze the solution before and after fading, we were able to close the gap in this paper and identify the mechanism of the fading reaction. The idea has some potential for scientific study.

After preparing an HLB solid-phase extraction column (200 mg, 6 mL) with 6 mL of methanol for activation, 6 mL of water for equilibration, and 3 mL of the sample solution in 2.4.1, we introduced it at a speed control of 2 drops/second to 3 drops/second while controlling speed. After drying it, we washed with 6 mL of water, followed by 6 mL of methanol for elution, and then passed it through a 0.22 m filter for testing.

After adding the colour developer, the nitrite concentration would become unstable after 15 minutes if it rose above 20.02 g/mL. The liquid level soon became purple-red when the concentration reached 80.10 g/mL; when it reached 0.20 mg/mL to 6.00 mg/mL; and then it gradually faded to orange-yellow. It is thought that high nitrite concentrations may react specifically with the ingredient that develops colour, causing the material's structure to be destroyed and fading. The process happens more quickly and the fading duration will be shorter the greater the nitrite content.

The other group used extracts like Chinese marinating sauces, marinated beef tripe, marinated steamed bean curd roll, and salted egg yolk as diluents, and colour development experiments were carried out on the nitrite concentrations of 16 g/mL, 40.05 g/mL, 0.20 mg/mL, and 4.00 mg/mL in the two groups, respectively. The outcome was identical to that of the nitrite standard solution at the same concentration; it demonstrated that there were no matrix interference phenomena and that the fading response had minimal connection to the matrix.

Through the use of spectrophotometry, high-performance liquid chromatography, liquid mass spectrometry, and a verification experiment, it has been determined that the solution can appear orange-yellow when it contains high concentrations of nitrite nitrosated azo compounds and naphthalene ethylenediamine hydrochloride in a hydrochloric acid medium. The same phenomena manifested and scarcely experienced matrix interference in the food matrix and water. We may thus claim that the occurrence of such a phenomena comprises a significant amount of nitrite, which can be diluted for further measurement to avoid false negatives and misdetection. To prevent poisoning brought on by misusing NaNO2 as NaCl in marketed applications, the first reaction can be utilized for the primary screening of high nitrite concentrations as well as for screening NaNO2 and NaCl. For additional use, it can be converted into a commercial hydrochloric acid-acidified naphthyl ethylenediamine hydrochloride solution. 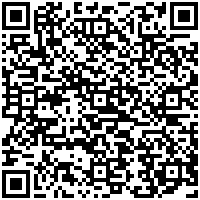