Carbon and low alloy steels are the most widely used materials in oil and gas production/transmission infrastructure despite their susceptibility to CO2 corrosion. This is because of their relatively low cost, availability, mechanical properties, simplicity of construction, and cost-effectiveness through corrosion inhibition. Iron dissolving is caused by electrochemical reactions that take place between the steel surface and the aqueous phase when CO2 dissolves in water and hydrates carbonic acid (H2CO3). Corrosion by-products or mineral scales can form on the surface under certain conditions, which is likely to have a substantial impact on the corrosion mechanism (s). Although this electrochemical process has been studied for more than 40 years, the main focus of research continues to be the corrosion mechanisms at the metal-electrolyte interface.

In an aqueous NaCl-containing medium saturated with CO2, siderite (FeCO3), an iron carbonate production, is the most frequently noticed corrosion result. This has been demonstrated to be one of the most crucial variables affecting corrosion rate. Research on and documentation of this layer's impact on steel's rate of corrosion can be found in the literature [1]. By serving as a physical barrier to the diffusion of the implicated ionic species, covering up a section of the steel surface, and preventing the underlying steel from further dissolving, the iron carbonate layer can impede the overall corrosion process.

The layer increases in density and thickness as additional iron carbonate precipitates. The steel surface beneath the layer, however, corrodes continuously, resulting in "voids" between the layer and the steel surface [2]. The formation of dense, protective layerswhich can occasionally be very thin but are nevertheless protective—occurs when the rate of precipitation at the steel surface is equal to or greater than the rate of corrosion. In the opposite situation, a porous and unproductive layer that can occasionally be rather thick arises when the corrosion process erodes the freshly produced layer faster than precipitation can fill in the voids. The protectiveness of the iron carbonate layer is strongly dependent on several parameters such as CO2 partial pressure, the concentration of ionic species pH, and temperature. Temperature is one of the most crucial parameters that influences the corrosion of mild steel in CO2 environments [3]. At low pH values (when the solubility of FeCO3 is high), an increase in temperature accelerates both the mass transport in the bulk solutions and the kinetics of chemical and electrochemical reactions at the metalelectrolyte interface [4].

The corrosion rate rises as a result of this. According to published reports, the corrosion rate peaked between 60°C and 80°C. The corrosion products are porous and poorly adhered to the steel surface below 60°C, where no protective layer is created. Higher temperatures cause the FeCO3 coating to thicken and cling more firmly to the surface, forming a solid barrier between the metal and the electrolyte and lowering the rate of corrosion of the steel [5].

The application of corrosion inhibitors is regarded as one of the suitable and affordable strategies for the reliable production of oil and gas due to the generation of diverse corrosion products with unpredictable and unclear levels of protectiveness. By using corrosion inhibitors, the metal is successfully protected from acid attack. The primary function of inhibitors on metal surfaces is to compete with the aggressive ions and absorb them. The nature of the metal surface and its charge-transfer capabilities, the kind of aggressive electrolyte, and the chemical makeup of inhibitors all have an impact on adsorption [6].

To comprehend the effect of the application method in corrosion mitigation, tests on the frequency of inhibitor injection were studied. The electrochemical behavior of steel grade L80-1Cr has been examined for this purpose at temperatures of 20°C and 80°C, which are typical of oil production wells in the Danish area of the North Sea. Different electrochemical techniques, including Open Circuit Potential (OCP), Linear Polarization Resistance (LPR), and Electrochemical Impedance Spectroscopy (EIS), were employed to evaluate the material's electrochemical behavior and determine the rate of corrosion. Additionally, several surface characterization methods such as X-ray Photoelectron Spectroscopy (XPS) and Scanning Electron Microscopy (SEM) equipped with Energy Dispersive Spectroscopy (EDS) were used to gain a thorough understanding of the inhibitor adsorption mechanism.

Alkanolamine chemical structures and the adsorption energies of both Fe (110) and FeCO3 (104) were key factors in effectively preventing corrosion. The most effective alkanolamine, ethanolamine, increased the Rp value by roughly 70% when compared to the other alkanolamines. 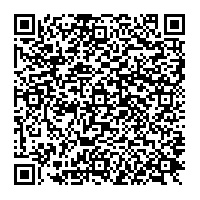