Acid protease has applications in pharmaceutical, food, leather, detergent industries. In this study, we performed medium optimization for protease production through one variable at a Time. Submerged fermentation of fungal culture Aspergillus was initiated with equal volumes of molasses and cheeses whey. The optimal pH and time of incubation was carried over pH range 2 to 9 and time of 3 to 7 days. Further enzyme productivity was tested with 1% (w/v) nitrogen sources followed by carbon sources. Best carbon and nitrogen sources were optimized upto 3% (w/v). The crude protease was partially purified by performing salt precipitation over 40 to 85% saturation. The protease activity of 3.648 μ/ml was obtained with the optimal pH of 4.5 and an incubation of 5 days. Best additional nitrogen source was found to be soya bean meal and its optimum concentration was determined as 1% (w/v). Similarly glucose enhanced the enzyme activity from 4.171 to 4.638 U/ml and finally the optimal values were found to be 1.5% (w/v). Production medium of acid protease from Aspergillus spp. was designed through conventional method, One Variable At a Time (OVAT) in an easy manner. Peak enzyme activity was found to be 4.638 U/ml with the combination of molasses and cheese whey supplemented with 1% (w/v) soya bean meal and 1.5% (w/v) of glucose. The protease was partially purified through precipitation by ammonium sulphate followed by dialysis with an enhanced the activity of 5.545 μ/ml.

Proteases are important industrial enzymes due to their enormous applications in pharmaceutical, food, leather, detergent, and other biotechnology industries and these accounts for 60% of total enzyme sales [1,2]. These biocatalysts are classified as acid, neutral, and alkaline proteases based upon the pH at which they present maximum activity[3]. Acid protease from fungal species have been exploiting for more industrial applications [4].

Submerged fermentation (SmF) is preferably employed for the production of proteases [5]. In this process microbial cells and media components are present in the submerged state in the liquid medium with a large quantity of aqueous solution [6]. Since the contents are in submerged state the transfer of heat and mass is more efficient, and is amenable for modeling the process. The scaling up of the process is very easy. Downstream processing of enzymes is achieved through various unit operations such as centrifugation, filtration, precipitation, solvent extraction, membrane separation processes, chromatography, and supercritical fluid extraction [7].

Molasses, a by-product of sugar industry, is an attractiv7e fermentation medium since main constituents are nutrients and minerals that promote microbial growth. Moreover, it is a low cost raw substance as well as abundantly available [5]. Similarly cheese whey, effluent of dairy industry is a good source of protein and can replace commercial available nitrogen sources. Taking into consideration, the increasing demand for proteases and the need for economical proteases of commercially useful acid proteases from novel sources, present study was carried to optimize the cultural conditions for the production of acid protease by the SmF by Aspergillus spp. isolated from soil contaminated with abattoir wastes using OVAT and to purify the acid protease by ammonium sulphate precipitation methods.

All the chemicals used in this investigation were of analytical grade. Molasses and cheese whey were procured from local sugar and dairy industries.

The fungal culture, Aspergillus spp. used in this study was isolated from soil contaminated with abattoir waste contaminated soil [5].

Local procured molasses was highly viscous brown colored solution which was diluted ten times to made it amicable to production. It was sterilized at 121°C, 15 psi for 20 minutes. Protein source, Cheese whey, was sterilized by exposing it to UV radiation for 30 minutes in order to avoid denaturation of protein content of whey during sterilization. Fermentation was carried out in 250 ml Erlenmeyer flask with 1: 1 ratio of sterilized molasses and cheese whey and then inoculated with 5% (v/v) conidial suspension of Aspergillus spp. Further flask was transferred to shaker and incubated for seven days 150 rpm, a 320C. Later, the contents of the flask were filtered through Whatman No.1 filter paper and the filtrate was used for the assay of protease [8]. Activity of protease was expressed as μ/ml of enzyme. One unit of protease is defined as the amount of enzyme that releases one μmole of tyrosine / min under assay conditions. Protein was analyzed by Lowry method [9].

Influence of initial pH of fermentation medium on growth of Aspergillus spp. and enzyme productivity was studied with pH range of 2 to 9.

The time of incubation was determined by carrying out the fermentation for 3, 4, 5, 6 and 7 days with medium consisting of equal volumes of molasses and cheese whey at temperature of 32°C.

The effect of nitrogen sources on acid protease production was studied using the medium containing 25 ml of molasses, 25 ml of cheese whey and was supplemented with 1% (w/v) of different nitrogen sources such as potassium nitrate, sodium nitrate, ammonium nitrate, casein, beef extract, peptone, yeast extract and soya bean meal. The experiment was further carried out with different concentrations of soy bean meal ranging from 0. 5-6% (w/v).

Role of carbon sources on the activity of enzyme.

The effect of carbon sources on protease production was studied using media containing (1%) glucose, mannitol, sucrose, lactose, cellulose and starch. The study was carried out with different concentrations of glucose to determine the optimum concentration of glucose in the range of 0.5 to 3% in SmF.

For the purification of crude enzyme from fermentation broth, first filtrate was centrifuged at 4000 rpm for 45min at 40C then protein mixture was recovered from the supernatant by salt precipitation. For this, ammonium sulphate was added slowly to the 25 ml of crude enzyme source with constant stirring. The concentration of salt was increased in 5% increment from 40 to 85% saturation in order to precipitate the protein. The resulted precipitate was separated by centrifugation at 3000 rpm for 30 min at 40°C. The solid pellet was dissolved in 50 mM Tris-HCl (pH 5.5). Resulted protein mixture was desalted through dialysis for 24 hrs using nitrocellulose membrane with MWCO < 10 KDA. Sample was analyzed for protease in each step of purification.

Effect of pH on enzyme activity

The effect of pH on protease production was shown in FIG. 1a. From this plot, it was noticed that initial of fermentation medium had played a vital role in the production of present biocatalyst and activity of enzyme was raised to maximum at pH of 4.5 and then decreased continuously with the increase in initial pH of fermentation medium. Hence the optimal pH was found to be at 4.5 as the Aspergillus spp. secreted the maximum enzyme with an activity of 3.648 U/ml. It was confirmed that isolated fungal culture was able to produce acidic protease. Protease activity of 1.516 U/ml was obtained over pH higher than neutral value. According to previous study [10] physico-chemical properties of aspartic protease, a kind of acidic protease from Onopordum ecanthium, and reported that it has exhibited its maximum activity at pH 4. 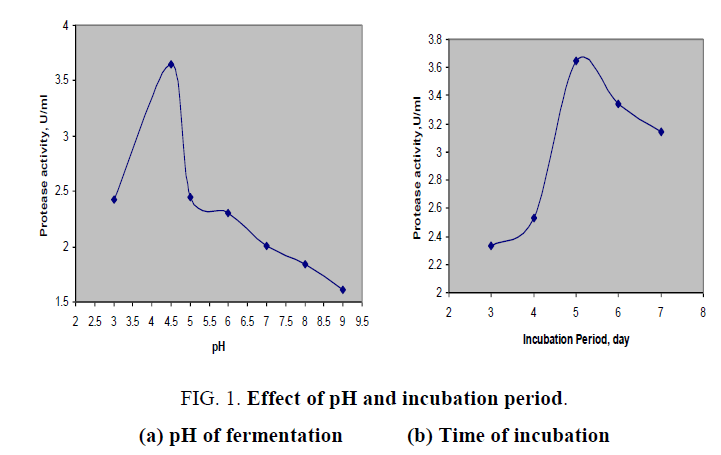 FIG. 1. Effect of pH and incubation period.
(a) pH of fermentation (b) Time of incubation

The time course for the production of protease was studied in shake flasks (FIG. 1b) over operating range of 3 to 7 days of incubation of medium at 32°C. The enzyme production was gradually increased with progress in cultivation time and highest protease activity was observed at fifth day of incubation. After that, the enzyme production was decreased could be due to unavailability of nutrients to fungal cultures. Similar studies were performed for acid protease from Aspergillus foetidus in a controlled fermentation [11].

Results of impact of various nitrogen sources on acid protease production by Aspergillus spp. were depicted in FIG. 2. 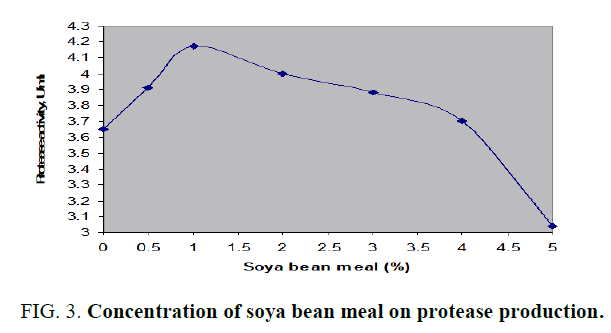 Production of acid protease with molasses as the control and supplementation of 1% (w/v) additional mono-, di-, and polysaccharides was displayed in FIG. 4. Peak enzyme activity was noticed with glucose as 4.438 U/ml. Slight increases in activity was found with mannitol or cellulose while the both tested disaccharides, sucrose and lactose were not significant additional carbon sources. Further optimization of glucose over an operating range up to 3% (w/v) was investigated and enhanced enzyme productivity of 4.638 U/ml was achieved with 1.5% (FIG. 5). Variation of enzyme activity with glucose concentration was clearly indicated by bell shaped curve. There was a continuous increase in the production up to 1.5% further it was dropped from 4.638 to 3.812 U/ml in the range of 1.6 to 3.0 % (w/v). 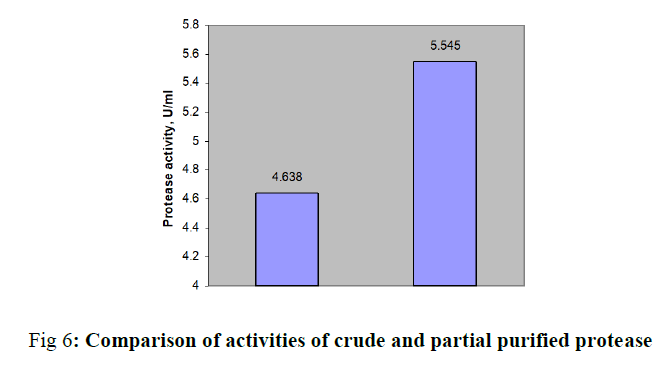 Fig 6: Comparison of activities of crude and partial purified protease

The enzyme was harvested with filtration using Whatman No.1 and filtrate was collected. In the next stage of purification, enzyme from clarified liquid was obtained through another solid-liquid separation process, centrifugation. Diluted crude enzyme solution was concentrated by salt precipitation. Soluble protein mixture in the supernatant was converted to precipitated form with the addition of ammonium sulphate at 85% (w/v) saturation.

The precipitate obtained was dissolved in 0.05 M Tris-HCl buffer. A membrane separation process dialysis was employed for the removal of ammonium sulphate salt. Proteins were retained by membrane in retentate while the salt was appeared in permeate. Semi purification of acidic protease from various microorganisms was reported in earlier studies [7,14].

In this study, production medium of acid protease from Aspergillus spp. was designed through OVAT method with low cost substrates. Fungal culture was being capable of transforming sugar and dairy industrial effluents to extracellular acid protease. Enzyme activity was augmented from 3.648 to 4.638 U/ml with equal volumes of molasses and cheese whey, 1% (w/v) soya bean meal and 1.5% (w/v) of glucose at an optimal pH of 4.5 and five days of incubation. Protease was partially purified through precipitation by ammonium sulphate followed by dialysis with enhanced the activity of 5.545 μ/ml. 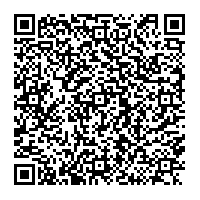