Aristotle is credited with coining the phrases "organic" and "synthesis," which originally meant "instrumental" and "put together," respectively. In the 1600s, iatrochemists developed several medicinal treatments but were unaware of organic chemistry. In the 1700s, Buffon, Bergman, and Gren described organic bodies as living creatures, but separate organic substances were not yet recognised. Scheele isolated organic natural products in the late 1700s and early 1800s, while Chevreuil distinguished carboxylic acids from saponification of lipids. Organic chemistry had already begun. Lavoisier created combustion analysis for organic characterisation, and Berzelius made it better. Bergman and others applied Descartes' rule that synthesis is necessary to support an analysis. When Wöhler and Kolbe synthesised organic molecules from the elements, the idea of organic chemistry underwent a significant paradigm shift. Modern synthetic organic chemistry, sometimes known as the chemistry of carbon compounds, regardless of whether they occur in nature or not, was established by Berthelot's syntheses of synthetic fats in 1853

Due to time constraints and the vast scope of the subject, it is uncommon for chemistry teachers to go into great detail about the history of organic chemistry, and textbooks do not give it a lot of space. As a result, it's possible that students won't fully comprehend what "Organic Chemistry" actually entails or what organic chemists are. The history of organic chemistry and the terms organic and inorganic—which have, in reality, taken on slightly different meanings over time—are historically explored in this perspective. The word "organic" has roots in Aristotle and is derived from the Greek letter "v," which means "instrument" (384 BC–322 BC). The organised, living body was the instrument of the soul (soma organikon) in the same way that the eye is the instrument of vision (every organ is for the sake of something or the instrument of something), according to Aristotle, who distinguished between living and non-living things (animals and plants). As we'll see in the paragraphs that follow, Berzelius adopted this strategy and referred to the organs as instruments. The word "synthesis" and its usage in (organic) chemistry are also evaluated, along with their evolving definitions. Synthesis, which derives from the Greek words "together together" and "to place or put," originally meant merely "placing things together," not in the sense that we now understand it to mean creating chemical Chemistry was still largely an inorganic science when the renowned alchemist, compounds. Iatrochemist, and physician Paracelsus was working in the early part of the 1500s. Unknown was organic chemistry. He asserted between 1527 and 1530 that all living bodies (and indeed all things) are composed of the three fundamental substances or Grundsubstanzen (tria principia, tribus primis, or tria prima), mercury, sulphur, and salt, after rejecting the four conventional elements of Empedocles and Aristotle (fire, air, water, and earth) (Mercurius, Schwefel und Salz). These three ideas were to be interpreted in an alchemical, philosophical sense rather than a strictly chemical one. Instead of referring to chemical elements, the phrases stood for characteristics or traits. Physical characteristics such as volatility (Verflüchtbarkeit), oiliness and flammability (ligkeit, Brennbarkeit), and solidity or solidification were created as a result (Festigkeit, Erstarrung). Illnesses would occur if any of these principles were present in either an excessive or inadequate amount. For instance, too much mercury can result in paralysis and depression, and too much mercury salt can result in dropsy and diarrhoea. Similarly, sulphur rising to the brain can result in stupor and epilepsy, fever, and the plague. Mercury precipitation causes gout and arthritis, and its sublimation (distillation) from one organ to another might result in mania, maniac fits, etc. Although Paracelsus did not perform intentional organic chemistry, he most likely performed an organic synthesis of diethyl ether, also known as "sweet oil of vitriol" or "sweet sulphur," by heating ethanol (Weingeist) with sulfuric (vitriolic) acid, a procedure also credited to Valerius Cordus and Raymund Lul in the thirteenth century. The tria principia was rejected by the atomist Robert Boyle at Oxford, who instead defined elements as follows: "I now mean by Element, as those Chymists that speak plainest do by their Principles, certain Primitive and Simple, or perfectly unmingled bodies; which not being made of any other bodies, or of one another, and the Ingredients of which all those call'd perfectly mixt Bodies [i. e. compounds] are immediately compounded, and into Nevertheless, Paracelsus continued to have a significant impact on chemistry on the continent. One of the main advocates of Paracelsus' theories was the royal physician of Denmark, Petrus Severinus (Peder Srensen). Severinus combined the often-contradictory chemical and metaphysical ideas of Paracelsus, platonism, Hippocrates' medicine, and the philosophy of medicine in his Idea Medininae. The doctrines of Paracelsus were restated in the middle of the 17th century by Johannes Hartmann, a professor publicus chymiatriae in Marburg, a centre of Paracelsianism, and Oswald Croll, a physician from the University of Marburg who later practised in Prague under the direction of Emperor Rudolf II. In France in 1658, Pierre Gassendi considered atoms (atomis) to be "the smallest pieces" (minimae partes) that came together to form corpuscles called moleculae (corpuscule = little body; molecule = small mass). In a similar vein, Walter Charleton described atoms as constituting "certain Moleculae, little masses, of diverse figures" in England (shapes). The word "molécules organiques" was first used in 1749 by Georges-Louis Leclerc, Comte de Buffon to describe substances that were thought to be ingested from "organic matter" in food to aid in the growth and reproduction of "corps organisés," or organised living organisms. 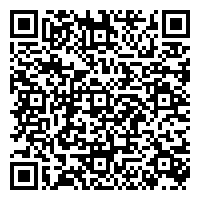