Genomics is the study of entire genomes, which includes the entire set of genes, their nucleotide sequence and organisation, as well as their interactions within and between species. The technique of determining the locations of genes on each chromosome is known as genome mapping. The maps developed by genomic mapping are similar to the maps we use to navigate city streets. A genetic map is a diagram that shows the location of genes on a chromosome. Genetic maps use genetic markers to create a large image (akin to an interstate highway map) (similar to landmarks).

A genetic marker is a gene or chromosome sequence that co-segregates (shows genetic connection) with a certain trait. This was referred to as linkage analysis by early geneticists. Physical maps (like a detailed road map) show the precise details of smaller sections of the chromosomes. A physical map depicts the nucleotide distance between genes or genetic markers in nucleotides. To generate a full image of the genome, both genetic linkage maps and physical maps are required. Researchers can investigate individual genes simpler now that they have a comprehensive map of the genome. Human genome maps aid researchers in their quest for disease-causing genes in humans, such as those linked to cancer, heart disease, and cystic fibrosis. Genome mapping can also be used in other ways, such as employing live microbes to clean up pollution or even avoid contamination. Plant genome mapping research could lead to improved crop yields or the development of plants that are more adapted to climate change.

Linkage analysis, a process that assesses the recombination frequency of genes to see if they are linked or show independent assortment, is the first step in the study of genetic maps. Before the discovery of DNA, the term "linkage" was used. To understand an organism's genotype, early geneticists depended on the observation of phenotypic changes. Shortly after Gregor Mendel (the father of modern genetics) proposed that traits are determined by what are now known as genes, other researchers noticed that different traits were frequently inherited together and concluded that the genes were physically linked because they were on the same chromosome. The development of the first genetic maps was based on the mapping of genes relative to each other using linkage analysis. From researching the offspring of crossings between parents with varied qualities, it was discovered that certain traits were always related while others were not. For example, researchers observed that the colour of the flower and the shape of the plant's pollen were connected features in the garden pea, and that the genes encoding these traits were near together on the same chromosome. Genetic recombination is the crossing over of DNA between homologous strands of DNA, such as nonsister chromatids, to exchange DNA between homologous pairs of chromosomes. Linkage analysis is the study of the frequency of recombination between two genes. The larger the distance between two genes, the more likely a recombination event will occur between them, as well as the frequency of recombination. Researcher depicts two options for recombination between two nonsister chromatids during meiosis. A pair of genes is said to be related if their recombination frequency is less than 50%.Restriction fragment length polymorphisms (RFLPs), variable number of tandem repeats (VNTRs), microsatellite polymorphisms, and single nucleotide polymorphisms are some of the genetic markers used to create genetic maps (SNPs). When an individual's DNA is cut using a restriction endonuclease that identifies certain sequences in the DNA to form a succession of DNA fragments, which are then studied by gel electrophoresis, RFLPs (sometimes pronounced "rif-lips") are found. When cut with a certain set of restriction endonucleases, each individual's DNA produces a unique pattern of bands, which is frequently referred to as a DNA "fingerprint." The development of the unique banding pattern is caused by polymorphism in certain areas of the chromosome. VNTRs are repeated sets of nucleotides present in the non-coding regions of DNA. Non-coding, or “junk,” DNA has no known biological function; however, research shows that much of this DNA is actually transcribed. While its function is uncertain, it is certainly active, and it may be involved in the regulation of coding genes. The number of repeats may vary in individual organisms of a population. Microsatellite polymorphisms are similar to VNTRs, but the repeat unit is very small. SNPs are variations in a single nucleotide. Because genetic maps rely entirely on the natural process of recombination, natural increases or decreases in the degree of recombination in any given region of the genome have an impact on mapping. Some sections of the genome are recombination hotspots, while others exhibit little recombination proclivity. As a result, it's critical to examine mapping data derived from a variety of sources.

The physical distance between genetic markers, as well as the amount of nucleotides are detailed on a physical map. A physical map can be created using three methods: cytogenetic mapping, radiation hybrid mapping, and sequence mapping. The amount of radiation used to form smaller or larger fragments can be changed. This method eliminates the limitations of genetic mapping and is unaffected by recombination frequency changes. Sequence mapping was made possible by DNA sequencing technology, which enabled the construction of comprehensive physical maps with distances measured in base pairs. Physical mapping has been accelerated up by the construction of genomic libraries and complementary DNA (cDNA) libraries (collections of cloned sequences or all DNA from a genome). The information received from microscopic inspection of stained chromosomal sections is used in cytogenetic mapping (Figure 2). The estimated distance between genetic markers can be determined by cytogenetic mapping, but not the exact distance (number of base pairs). Radiation hybrid mapping breaks the DNA into pieces using x-rays or other forms of radiation.

Integration of Genetic and Physical Maps

The outline is provided by genetic maps, while the details are provided by physical maps. It's easy to see why both sorts of genomic mapping approaches are necessary for displaying the overall picture. To examine the genome, the information received from each technology is combined. Different model species are utilised for study, and genomic mapping is one of them. Genome mapping is still a work in progress, and more advancements are predicted as more advanced techniques are developed [5]. Genome mapping is like to putting together a complex puzzle using every accessible piece of information. Information from laboratories all over the world is mapped and entered into central databases like GenBank at the National Center for Biotechnology Information (NCBI). 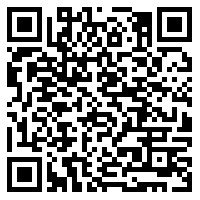