Caspases are critical for a cell functioning. To understand the functioning of human caspases different model organisms could be considered. Our study suggests that human executioner caspases, initiator caspases and inflammatory caspases shows different level of association with the model organisms under study. This study suggests that for human caspases related studies either Pan troglodytes or Felis catus should be considered based on the extent of sequence similarity. This clearly indicates that we should rethink while performing experiments on Mus musculus, as it may not show the same level of association, thereby may lead to decrease in the efficacy of drug designed for humans and tested on mouse.

Apoptosis or Programmed Cell Death (PCD) is a naturally occurring process in the body in which cells are damaged by an injurious agent. Apoptosis is important for normal development and tissue homeostasis, but too much or too little apoptosis can also cause disease. The family of cysteine proteases (caspases) is critical mediators of programmed cell death. Apoptosis is important in all stages of life. For example, during embryonic development apoptosis ensures that undesirable or outmoded tissues disappear. Those biochemical events which cause changes in cell and death are blebbing, cell shrinkage, and nuclear fragmentation.

Type of Caspases: Caspases are divided into three groups (Fig. 1)

These caspases consist of death domains as shown below in Fig. 1[3]. It consists a death domain.

Initiator Caspases (Casp2, Casp8, Casp9, Casp10): Caspases which have long prodomain are believed to be upstream initiator caspases. Casp 8 and 10 contain two DED domains within their prodomain. Homotypic interactions occur between DEDs of Casp 8 and 10 and DEDs of adapter molecule, FAS- Associating Protein with Death Domain (FADD), induce the recruitment of caspases to death receptors and lead to caspase activation. Casp 1,4,9,2 consists of CARD domain. CARDs of these caspases interact with CARD-containing adapter molecules. These caspases activate the effector caspases.

The release of cytochrome c from mitochondria due to cellular stress and presence of dATP, stimulates Apoptosis protease activating factor 1 (Apaf1) which leads to the formation of the apoptosome. This heptameric complex of Apaf1, CARD, and ATPase domain further activates the inactive caspase 9, which thereby initiates apoptosis [5].

Effector caspases: Caspases 3, 6, 7 contain short prodomain and are known as downstream caspases which are activated by upstream caspases. When the C-terminal, smaller subunit of the protease domain is released, then, the prodomain is removed from the large subunit of the protease. Crystallography studies suggest that active caspases are heterotetramers and are composed of two large subunits and two small subunits [6]. Activation of executioner caspase is done by initiator caspases. The cleavage between the large and small subunits allows a conformational change that brings the two active sites of the executioner caspase dimer together and creates a functional mature protease [7].

Inflammatory caspases (casp4, casp5, casp1, casp12): The human inflammatory caspases include caspase-1 (IL-1 beta converting enzyme (ICE), -4, - 5, and -12. The role of caspase-1 in the maturation of IL-1beta and IL-18 it plays a key role in response to pathogenic infection as well as in inflammatory and autoimmune disorders. In case of caspases 1, the activating inflammasome is commonly known as Nucleotide Binding And Oligomerization Domain (NOD)-Leucine-Rich Repeat (NLR) [8,9]. Caspases are known by alternative names, which have been in Table 1.

Table 1: List of human caspases and their other alternate names.

Model organism includes a set of species which are studied to understand human-related diseases (Welcome trust, human genome project) [24]. Model organisms are easy to maintain and breed in lab settings and have particular experimental advantages. Model organisms used for analysis of human genetic disorder. Yeast (Saccharomyces) and other model organism colonial slime mold (Dictyostellium discoideum) have been used to study the functions like metabolism, regulation of cell cycle, membrane targeting and even DNA repair. Simple invertebrate systems such as Drosophila, Caenorhabditis elegans are excellent models for examining the coordinated actions of genes that function as components of a common molecular machine such as a signal transduction pathway or a complex of physically interacting proteins. C. elegans has also been widely used for human-related studies as their genomes are 40% homologous.

Model organisms such as mouse, zebrafish, frog, and chicken seem to show some extent of relativity with the human system. Thus, they can be used to perform experimentation to understand the diseased state and thereby relevant treatment for the same.

Humans and chimpanzees share 98% of significant matches at the nucleotide level. It has been found that the protein-coding genes are showing high correlation. The genetic comparison is not simple due to the nature of gene repeats and mutations (Chimpanzee sequencing consortium) [26]. Chimpanzees have 48 chromosomes, two more than humans. It is thought that this is because, in a human ancestor, two pairs of chromosomes fused into a single pair.

Table 2:List of caspases present in other model organisms.

Caspases of human and different model organisms were studied. In humans, a total of 14 caspases have been found. They are divided into three categories-

Caspase related specific amino acid and nucleotide sequences of each of these model organisms were retrieved from NCBI (National Center for Biotechnology Information).

Further to validate our result, we have used the software MUSCLE -Multiple Sequence Comparison by Log-Expectation. It was developed by Robert C Edgar et.al. This algorithm includes fast distance estimation using kmer counting (is n-gram of nucleic acid or amino acid sequences that can be used to identify certain regions within biomolecules like DNA (e.g. for gene prediction or proteins), progressive alignment using a new profile function, (Log expectation score- indicates how sensitively a likelihood function depends on its parameters), and refinement using tree dependent restricted partitioning [40].

In order to have a better understanding, we have performed phylogenetic analysis using PHYLOGENY.fr is developed by Dereeper et al. (CNRS France). The phylogeny.fr platform automatically performs identification of homologous sequences, their multiple alignments (muscle), the phylogenetic reconstruction (PhyML), and the graphical representation of the inferred tree (TreeDyn) [41]. Phylogenetic Web Repeater (POWER) has been used to perform phylogenetic analysis keeping in mind the concept of a molecular clock [42].

To understand the relationship of the model organism with human caspases, we have tried to study their ancestral relationship; these results of the software’s have been included in Table 4.

The current study is related to similarities among the different caspases of model organism and human using bioinformatics approach. This has been achieved by identifying amino acid sequence level similarities and then performing phylogenetic association, which may direct specific model organism suitable for particular human caspases.

It has been revealed in our study that different executioner caspases, initiator caspases, and inflammatory caspases show a different level of association with the model organism under study Different animal models are studied in order to introduce a better drug in the market. Therefore, specific studies were conducted so that the level of drug efficacy could improve. In this study, an attempt has been made to determine that although there are different model organisms which are widely used these days, still not one model organism should be considered for studying all the caspases.

Our suggestion is for human caspases related organism, the perfect model organism is Pan troglodytes. The phylogenetic analysis tools indicate that the next level of similarity is seen in case of Feliscatus, in case of caspases 3, 7, 8, and caspase 9.

It has also been observed that inflammatory caspases may have adopted a different route of evolution. It has been seen that human caspase 1 shows a high level of similarity with Bos taurus and Lepuscurpaeums. This clearly indicates that we should rethink while performing experiments on Mus musculus, as it may not show the same level of association, thereby may lead to decrease in the efficacy of drug designed for humans and tested on the mouse.

The significance of apoptosis in neurodegenerative diseases, autoimmune diseases, cardiovascular diseases, and cancer has been widely acknowledged. Thus, identifying key molecules whose regulation can trigger or inhibit PCD is crucial. Investigating the molecular mechanisms of apoptosis regulation has revealed a number of promising therapeutic targets, which can be utilized in drug discovery and medical research. Any chemical/natural compound considered as a drug target, for delivery, will be tested on a model organism. The significance of this study increases as it indicates that different human caspases show variation in the relativity with other model organism caspases. This study is a stepping stone towards identifying the differences at the molecular level among the model organism considered for human caspases related studies. As it clearly indicates that human caspases show a different level of relativity with different model organisms, thereby Mus musculus may not be considered, rather Feliscatus, Bos taurus, and Lepus curpaeumsshows remarkable similarity after Pan troglodytes.

Our study supports the idea that caspase inhibitors/enhancers can be used as an effective means to control the treatment of certain diseases and similar types of experiments should be carried out in animal models where resemblance occur with the respective caspases and model organism. 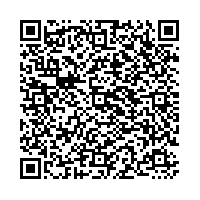