Insecticides are widely used in developing countries essentially because of the need to increase the agricultural field. Unfortunately, this is done often uncontrolled and without true user protection. Evaluations of the World Organization (WHO), show that every year there are 1 million poisonings involuntary and 2 million poisonings intentional, including 220,000 deaths. These numbers are sufficient to confirm the existence of an important public health problem. Organophosphorus insecticides are absorbed by the skin, lungs and digestive tract. They are widely distributed in tissues and are eliminated slowly by hepatic metabolism. Their Chronic use may result in other peripheral neuropathies affecting the four members and translating by an isolated or associated motor deficit to a sensitive attack. Central impairment is manifested by changes in the behavior of affectivity, memory and vigilance.

In Morocco, the market for phytosanitary products for agricultural use is between 450 and 600 million DH (40 and 54 million euros), or 0.017% of usage world, for an agricultural area useful range between 8 and 9 million hectares.

In recent years, Morocco imported on average, each year, about 9,000 tons of pesticides (finished products), consumption of these products being strongly linked to climatic conditions [1-10]. In the province Settat, between 300,000 and 500,000 hectares are reserved for cereals. Chemically treated areas vary between 10% and 40%. Most of the time, the treatment takes place with a spray at back, often misused by workers poorly trained who usually do not wear protective clothing [11].

Our study aims to appreciate intoxication chronic by organophosphorus insecticides through the evaluation of serum enzyme activity (ESA) of the serum cholinesterase (SchE) as biomarker of this intoxication.

Settat is located in the center of Morocco. Its climate is arid to semi-arid. Rainfall distribution annual average is around 284 mm with high variability intra- and interannual variation exceeding 30%. The investigation focused on 325 people living in three douars located around the town of Settat. Both DouarDladla and Boukallou are located at the north of the city and douarOuledAfif is located at the southeast of the city.

Each subject participating in the survey has given his free and informed consent after having been informed of the objective of the study, its methodology, it’s constraints, of the agreement of the Ministry of Health and the confidentiality of information provided, as well as his right to withdraw freely to any moment. He answered a questionnaire with anamnestic information regarding the antecedents pathological, drug intake, profession and exposure to organophosphorus insecticides. He benefited from somatic, clinical and complete examination, including neurological.

Five milliliters of blood were collected at the level of the brachial vein, by vacutainer, in dry tubes. The AES SchE, was assayed by kinetic spectrophotometer. Cholinesterase catalyzes hydrolysis benzocholine to choline and acid benzoic. Catalytic concentration is determined using the reactions of choline oxidase and peroxidase, from the speed of formation of a quino-amine which is measured at 500 nm. The normal range is between 2150 and 4950 U/L for a temperature reaction temperature of 37°C [12].

Data entry and processing were made using SPSS software. The v2 test and analysis of variance were used. The difference is significant when p<0.1 [13].

As shown in TABLE 1, the distribution people surveyed according to sex is quite similar depending on the age, based on insecticide exposure and according to the neurological examination. No women surveyed are pregnant. The prevalence of oral contraceptive use is 41.7% among the women of childbearing age (between 18 and 39 years old).

Table 1: Distribution of study population per sex and age group, and according to exposure to insecticides, neurological examination and use of oral contraceptives among women aged 18 to 39 years with comparaison X2.

The clinical examination did not put a pathological case evidence. So noone has hepatomegaly, neither splenomegaly nor clinical signsof portal hypertension, no edema of lower limbs, no jaundice, no history ofmyocardial infarction, no recent acute infection. Twenty people (6.2%) present a neurological unnatural examination. Peripheral signsare the most frequently noted. This is essentially hyporeflexiadeep tendon. The central signs arerepresented by a hemiparesis withhemiataxia (probably of vascular origin), disorders of memory, apyramidal irritation and tremorattitude. All subjects withcentral signs are men.

Table 2: Cholinesterasemy (U/L) of study population per sex and age group, and according to neurological examination, exposure to insecticides and use of oral contraceptives.

The distribution of the participants in the study according to the values of the cholinesterasemia is presented in the TABLE 3. No cases of hypocholinesteremia are observed.

Table 3: Distribution of study population according to their cholinesterasemy (U/L) and sex.

In addition, a drop in the activity of cholinesterases can also be observed in cases of malnutrition, anemia, inflammation, myocardial infarction, myocardium, pulmonary embolism, dystocia muscle, acute infection or taking certain drugs [15-18].

In our study, no case of hypocholinesteremia has been observed. According to the initial epidemiological hypothesis, a decline was expected in values averages among male sex peopleand especially in older men aged 18 to 39 (most exposed population to insecticides): this has not been observed. On the other hand, people from female sex exposed directly to insecticides have lower values.

This difference probably reflects a differential effect in women. The values in young women (aged under 40 years) are lower and this is especially because she is on oral contraceptives or is pregnant [15,17]. That is indeed verified in our study. The average among women aged between 18 and 39 is the lowest and essentially among those who use oral contraceptives. Susceptibility or vulnerability of women vis-à-vis insecticide poisoning is explainedby several factors: frequency increasing numbers of women in the agricultural work, high illiteracy, few taking precautions, hormonal status and different lipid facilitating the accumulation of certain products [19,20].

Studies carried out among workers specialized in spraying insecticides show more effects or less important on the inhibition of cholinesterases [21-23]. This difference is explained by Ciesielski et al. by the fact that human beings can develop a compensation mechanism and therefore, workers can have normal levels of cholinesterases for the duration of the exposure [23].

Thus, in the workplace, the evaluation of the core activity should be obtained before any exposure to the minimum on two separate dosages of at least 3 days. Subsequent monitoring will not take into account that a significant decrease : a 40% drop in activity Cholinesterase is a warning sign.

Beyond 50% to 60%, it is necessary to dismiss from its job. The rules are more severe for loaded aircraft pilotsto diffuse organophosphorus [6,17,18]. In case we only have a single exam, as in ourstudy, the clinical diagnosis should notbe based on the conclusions of a unique test but it must integrate the wholeanamnesis, clinical andlaboratory [14], especially as the importance hypocholinesteremia is not always correlated with the severity ofdisorders related to acute intoxication [24].

Prevention of insecticides poisoning requires a good education of users. They must wear boots, gloves, a blouse and a mask protector or failing glasses and a hat and comply with the strict spraying rules [11,25,26]. The surveillance of exposed persons done on the dosage of the SchE by not taking account that a lowering of more than 40% compared to basic figures [6]. WHO recommends the subtraction of workers on exposure, in case of inhibition cholinesterases by 30% [3,22].

In our study, although no case of hypocholinesterasemia has been observed, we remain vigilant and we do not formally abandon chronic intoxication with organophosphorus pesticides. Monitoring and the awareness of users about the potential dangers incurred is necessary.

The average value of the AES of the SchE 325 rural people from Settat is 4,059.9 ± 658.3 U/L. It is lower in female sex people and in adults. Nobody presents hypocholinesteremia. This does not eliminate formally intoxication organophosphorus insecticides since more importance should be given to the lowering of the initial rate from 20% to 40%. In all cases, users must benefit from regular training and the rules of hygiene, protection and rationalization of the use of these products. 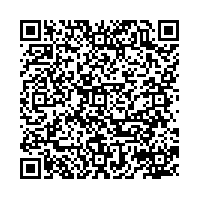