Citation: Pahua-Ramos ME, Hernández-Melchor DJ, Camacho-Pérez B, et al. Biodegradation of Chicken Feathers by A Co-Culture of Alcaligenes and Brevundimonas. Biotechnol Ind J. 2017;13(6):152

The most widely used processes for the degradation of feathers use pure strains of bacteria. The aim of this research is to standardize the optimum laboratory conditions for the biodegradation of chicken feathers. The study was conducted in one-liter flasks with a co-culture of bacteria isolated and identified by 16S rDNA sequencing as Alcaligenes faecalis and Brevundimonas diminuta from a chicken processing plant. The best results obtained in the first stage (temperature and carbon source) informed the second stage, which consisted in the evaluation of the degradation of feathers using different concentrations of nutrient broth (25%, 50% and 100%). The concentration of protein and amino acids was quantified for evaluated the degradation of feathers. The results showed that the proposed method can achieve total degradation of feathers (including the rachis) at 11 days with nutrient broth. The maximum concentration of protein in the soluble fraction obtained after the degradation process at 32°C and with nutrient broth at 25%, 50% and 100%, was 12.60 μg/mL ± 0.1 μg/mL, 14.60 μg/mL ± 0.02 μg/mL and 18.60 μg/mL ± 0.01 μg/mL, respectively. The production of free amino acids was 2.64 mg/mL and detected tryptophan and tyrosine. This study shows a promising biotechnology for reducing pollution by feathers.

In the world a large amount of chicken feathers are generated, these are considered as waste [1]. These feathers proceed mainly from chicken processing plants and poultry farms; they represent a great source of pollution because between 5 and 10% of the total weight of the chicken are feathers [2].

One of the first methods used to reduce the impact of the pollution generated by chicken feathers was to incorporate them into animal feed supplements, since 95% of their dry weight is protein, of which 88% is keratin [3]. However, the disulfide bridges, hydrogen bonds and hydrophobic interactions of keratin make it insoluble and very difficult to digest [4]. Several studies have tried to increase its solubility by subjecting it to a process with high pressure and temperature; however, this process has serious disadvantages, including its high cost and the destruction of some thermolabile amino acids such as histidine, methionine and tryptophan [5].

Kornillowicz-Kowalska mention that these problems have led to a radical change in the methods used to dispose of feathers. The new methods studied in recent years involve the biodegradation of feathers through fermentation using microorganisms or enzymes; these processes are economical and also allow the development of new products [5]. Recent studies have evaluated the degradation of feathers by microorganisms such as bacteria of the following genera: Bacillus [6-12], Chryseobacterium [13], Kocuria [3,4,14], Xanthomonas [15,16], Pseudomonas [2,17,18], Leuconostoc [2], Scopulariopsis [19], Stenotrophomonas [20], Fervidobacterium [21]; actinomycetes such as Actinomadura [22]; fungi such as Coprinopsis and Aspergillus [23,24], consortia of bacteria [25] and consortia de actinomycetes [26]. Moreover, some authors have made genetic modifications to strains of Escherichia coli, Brevibacillus sp. and Bacillus subtilis in order to accelerate the degradation of chicken feathers [27-29]. Given the difficulty of maintaining pure and genetically modified strains under sterile conditions using complex substrates such as chicken feathers, an increasing number of studies have focused on the degradation of chicken feathers using microbial consortia and co-cultures, which can be produced in large-scale, in contrast with pure cultures, which are not often economically feasible due to the high costs of maintenance, substrates, sterilization, and recovery of biomass, among other factors [30]. Because of the importance of microbial consortia and co-cultures in the degradation of chicken feathers, it is useful to identify the microorganisms that form part of these cultures using molecular tools [31]. The techniques used for Yusuf et al. [32] for the identification of isolated cultures of feathers include the analysis of the 16S rDNA sequence complemented by a morphological study of the strains. Among the most important microorganisms identified morphologically and phylogenetically in the process of degradation of chicken feathers, we can mention Bacillus licheniformis, Streptomyces sp. and Alcaligenes sp. [32,33].

In Mexico, there are few studies on the degradation of poultry waste using microbial consortium or co-culture. Our working group isolated strains of these microorganisms from the chicken processing plant Las Rosas, located in Tizayuca, Hidalgo, Mexico. These strains were later combined to form a co-culture in order to improve the process of biological of chicken feathers.

The aim of this research was to standardize the optimum laboratory conditions for the biodegradation of chicken feathers.

Composition of the feathers

Preparation of the feathers: The feathers were washed with tap water and allowed to dry for 24 h at 60°C. Five grams were weighed and washed 2 times in boiling water for 5 min before being placed in the flask.

The degradation of the feathers and the growth of bacteria were evaluated by measuring absorbance at 620 nm according to previous reports [4,35].

After the degradation process, the samples were filtered through Whatman glass fiber paper (GF/A paper, 22 mm diameter) to quantify the concentration of protein in the soluble fraction was determined according to the method of [36]; to build the calibration curve, we used bovine albumin (SPINREACT, S.A/S.A.U.); the concentration of amino acids was determined by the ninhidrin method [37]. Aromatic amino acids were detected by ultraviolet light spectrophotometry at 280 nm with standards of tyrosine (Sigma-Aldrich, Japan) and tryptophan (Merck, Germany).

The extraction of genomic DNA was performed using the CTAB method as indicated by [38]. The amplification of 16S rDNA was performed in a Perkin-Elmer 2400 thermocycler using the following universal primers: FD1 (5’-agagtttgatcctggctcag-3’) and RP1 (5’-acggttaccttgttacgactt-3’) [39]. The PCR was performed with an initial denaturation of 95°C for 5 min, and each cycle with a denaturation of 95°C for 30 s, an alignment of 48°C for 30 s, an extension of 72°C for 90 s, and a final extension of 72°C for 8 min, with a total of 35 cycles [39]. The PCR products were sequenced by Macrogen Korea; they were described as the partial sequence of 16S rDNA. A BLAST alignment was performed to determine genus and species.

The samples of the structure (spherical and elliptical) formed during the degradation of the rachis of the feathers were fixed in glutaraldehyde (3.0%) in phosphate buffer (0.1 M; pH 7.2) for 24 h at room temperature. They were rinsed 2 times with deionized water and allowed to stand in deionized water for 40 min. Post-fixation was performed in osmium tetroxide (1%) for one hour and then the samples were rinsed with phosphate buffer. After post-fixation, the samples were dehydrated in a series of alcohols at different concentrations and dried to a critical point. They were then coated with a thin layer of gold-palladium for 60 seconds using a Jeol, JFC-1100 fine coat ion sputter. The samples were observed in a scanning electron microscope JEOL JSM 6390 at 5, 000 and 10, 000 x.

The influence of the factors studied (temperature and carbon source) on the degradation of feathers was determined by ANOVA analysis was performed using Minitab statistical software with a significance level (α) of 0.05.

Chemical composition of the feathers

The Table 1 shows the composition of chicken feathers. The feathers are constituted of proteins mainly (89%), fibers (8%), fat (2%), and in less proportion by inorganic substances (0.6%) [40]. Reported that protein content is about 76% and the total content of keratin is 72%. On the other hand, in literature reported that the feathers are composed of proteins (90%-95%) and lipids (5%-10%) [10,41] similar results obtained in our research.

The ANOVA analysis showed that the factors under study had a significant on the degradation of chicken feathers. The average absorbance for temperature was 4.60, 7.06 and 4.08 at 25°C, 32°C and 37°C, respectively (Figure 2). The average absorbance for the carbon sources was 5.82, 4.91 and 4.87 for whey, nutrient broth and Luria-Bertani broth, respectively (Figure 3). The highest absorbance was observed at 32°C, using whey as carbon source. However, the high absorbance was only due to the growth of the bacteria when consuming the whey and not for the degradation of the feathers, visually the feathers were complete in this experiment. According with the results the second-high absorbance was with nutrient broth at the same temperature and the total degradation of feathers was observed. Therefore, the second stage of the study was carried out with nutrient broth at 32°C. In all experiments a control was used (distilled water+co-culture+feathers) showed a lineal growth (absorbance: 0.8 ± 0.2) through the time. For this is important use a carbon source additional.

Figure 2: Effect of temperature on the degradation of chicken feathers (ANOVA analysis). 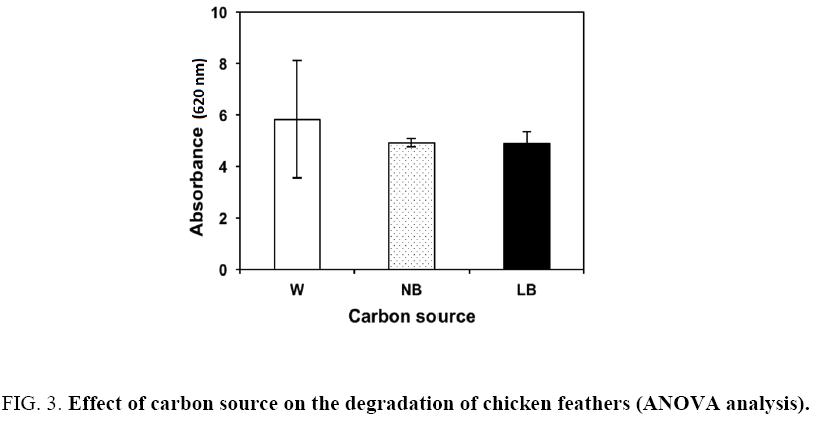 Figure 3: Effect of carbon source on the degradation of chicken feathers (ANOVA analysis).

Some authors have observed that, in the absence of feathers, and with a carbon source, Bacillus megaterium produces almost no keratinolytic enzyme. The presence of feathers greatly increases the production of this enzyme compared to the medium without feathers. Furthermore, it has been observed that the combination of feathers and some carbon source (glucose, fructose, galactose, mannitol, soluble starch, etc.) causes a high production of the keratinolytic enzyme [9].

Figure 4: Concentration of soluble protein in the degradation of chicken feathers with nutrient broth.

In other studies, it has been found that after five days of degradation of chicken feathers with Stenotrophomona maltophilia, the concentration of amino acids is 2298.8 μM and detected the presence of amino acids like tryptophan and tyrosine in addition to isoleucine, leucine, lysine, methionine, phenylalanine, threonine and valin [20].

Morphological studies showed that the three strains isolated are Gram negative bacteria in the form of cocci and bacilli. The sequence analysis of 16S rDNA showed a high sequence identity to two subspecies of Alcaligenes faecalis (96% and 97% homology) for the strain 1 and to Brebundimonas diminuta (94%) for the strain 2. The sequences were compared whit accession numbers KX118704, KU494828 and KF453789 of GenBank.

Bacteria of the genera Brevundimonas and Alcaligenes are Gram negative, oligotrophs and they are classified as alphaproteobacteria and betaprotobacteria respectively [43]. The genus Alcaligenes is a bacterium in form to bar or Bacillus [33]; have been found in soil, water and wastewater; also, its ability to resist mercury has been observed because it is able to reduce Hg2 + to Hg0. In environmental this bacterium is important because have the capability to produce growth regulators auxins, cytokinins, gibberellins, or ethylene or abscisic acid, which stimulates plant growth, and it have been reported to degrade pesticides and hydrocarbons, both alkanes and polyaromatic compounds (PAHs) [44].

By themselves, none of the three species of bacteria identified in this study were able to completely degrade the feathers (data not shown); however when the three bacteria acted together in a co-culture, they were able to degrade the feathers, including the rachis, in 11 days. These data show a similar behavior to that reported by Vasileiva-Tonkova et al. [26] and Ichida et al. [33], who mentioned that mixed cultures of actinomycetes with Bacillus sp. and Streptomyces sp. degraded feathers more rapidly and completely compared to cultures of pure strains. It is worth noting that, after 48 h of growth, the concentration of soluble protein obtained with the mixed was twice higher than that obtained with the culture of pure strains.

The electron microscopy study showed that, in a first stage, the bacteria degraded the barbules of the feathers (during 9 days); in a second stage, the bacteria formed round and elliptical structures (Figure 5) around the rachis in order to degrade it. The study of these structures revealed the presence of bacteria in the form of bacilli on the fibrils of the rachis during the degradation process, and a large amount of bacteria in the sediment formed after degradation (Figure 6).

Two subspecies of Alcaligenes faecalis and Brebundimonas diminuta were identified by sequencing in this study. The co-culture of bacteria used in this study showed a high potential for use in the total degradation of feathers (including the rachis). The formation of round or elliptical structures around the rachis allows the bacteria to degrade it completely. The ANOVA analysis showed that the temperature and the carbon source had a significantly influence on the degradation of chicken feathers. Proteins and amino acids obtained as byproducts from the chicken feathers biodegradation of native strains may be of biotechnological interest.

We thank the technical support of Valencia Ramirez Valentín (TSU), of Victoria Enciso Tenorio (IBT). We thank Dra. Hilda Zavaleta Mancera, from the Colegio de Postgraduados for providing technical and financial support in the use of scanning electron microscopy. 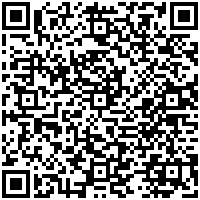