After a brief introduction of the theory and features of micro-vortex coagulation process, the paper illustrates its application in reconstruction project of Liling Railway Water Plant which is aimed to solve problems like the silting-up and congestion of grid reaction tank. On the basis of analysis of this application, the paper argues that micro-vortex coagulation process deserves wide application for its various advantages, such as its high coagulation efficiency, short reaction time, high water quality, low power consumption, convenient construction process and so on.

During water treatment processes, coagulation is one of the most important processes. Meanwhile, it also represents one of the most difficult parts in terms of system management. In general, coagulation includes two processes, agglomeration and flocculation. Timely and accurate dosage control is a key factor that determines coagulation effect. Also, the form of flocculation equipment also has an important impact on coagulation effect. Usually, the flocculation tank is divided into two categories, hydraulic mixing and mechanical stirring [1]. Since mechanical stirring tank has some obvious shortcomings, including low energy utilization efficiency, poor uniformity and high machinery maintenance costs, hydraulic mixing tank is more commonly used in a variety of forms, such as partition board, flap board, corrugated board and grid forms. The grid reaction tank is characterized by low loss level, short flocculation time, high collision probability and hydraulic energy utilization efficiency, and thus has been widely applied in recent years. However, it has been found during the engineering practice that the grid reaction tank also has some obvious shortcomings [2]. For example, mud sediments tend to accumulate at the end bottom of the tank, and the mesh is easily congested by floating debris or algal particles. Also, the operation requirement is high whereas the operation life is short. Therefore, an alternative new product, the eddy reactor and associated micro-eddy flocculation technique, was designed to test its feasibility in engineering practice and to replace the grid reaction technique.

The core of micro-vortex flocculation process is the vortex reactor which is majorly characterized by porous hollow spherical structure. The vortex reactor has the following characteristics: (1) it is non-directional and can be piled up directly, without fixed installation and easy to operate: (2) the opening ratio and opening diameter of the reactor can be set by the incoming water quality and process; (3) tiny vortexes will be formed in the current when repeatedly passing through the small holes of reactor (4) with the water blasting, the reactor will slightly rotate, which can prevent the silting-up of the reactor and its congestion by floating objects [3].

According to Kolmogoroff’s Micro-vortex Scale Theory, the vortex of characteristics scale magnitude plays an important role in the flocculation process [4]. Its centrifugal inertia effect is the cause of collision and agglomeration of flocculation, and the vortex which is similar to the particle in scale magnitude exerts greater impacts on particle movement. Therefore, in order to improve the efficiency of particle collision, it is a must to effectively control the micro- vortex scale of fluids. In construction, we can control the scale of the micro-vortex by determining the opening rate and opening diameter of the micro-vortex reactor, so as to achieve a higher coagulation reaction efficiency under various incoming water qualities.

The theory of micro-vortex coagulation process is mainly characterized by micro vortex condensation and three-dimensional contact flocculation [5]. Because the drainage area changes drastically, as water passes through the holes of the reactor surface, lots of small vortexes and micro-vortexes are formed around the holes, which are good for coagulant’s movement and diffusion in currents. Meanwhile, on the one hand, there appears a velocity difference among different layers of micro-vortexes, which will cause flocculants in different layers to move correspondingly; on the other, due to the centrifugal force, flocculated particles will, go through radial motions. In this case, the combined effects of these two motions will increase the collision chance of destabilizing colloids and then improve the efficiency of coagulation reaction. Another mechanism of micro-vortex coagulation process is the three-dimensional contact flocculation. Due to the slow flow velocity inside the reactor, larger flocculants will be accumulated in the reactor to form a structure analogous to "a filter layer" e. So the small flocculants will be removed after entering the reactor and meeting the "filter layer" to shape the three-dimensional flocculation [6].

Founded in 1990s, Li ling Railway Water Plant owns 2 groups of structures, each providing water output of 4000 m3/d, which, according to the project is aimed to increase to 5000 m3/d through improvement. Its technological process goes as follows:

Iron River is the water source. Most of the time the raw water is in low turbidity, while in the high turbidity period it is about 200 NTU. As time goes on, the original water plant cannot meet the need of increasingly rapid development. Besides, problems as follows have emerged: (1) poor water processing effect in low turbidity and in low temperatures (<8°C); (2) instability of water processing under the changes of raw water turbidity (in high turbidity season) which marks a frequent emergency of a high water turbidity; (3) much sludge in the reaction tank caused by large amounts of impurities in rain season, must be cleaned regularly, adding the workload of deslagging; In addition, too much mud accumulated in the inclined-tube sedimentation tank will shorten the cleaning cycle and add the workload of operation and maintenance.

To solve the contradiction between water demand and supply and improve the water quality, a lager-scaled water production, daily water supply reaching 10000 m3/d, is required by Nanchang Railway Administration. Considering a long duration and a vast investment in building a new water plant, the reconstruction or expansion of the original water plant is fairly feasible. Nonetheless, due to the limitation of geographical position, expansion of a group of structures is impossible, while means the only way to meet the requirements of increasing water capacity is technological innovation. Taking into such factors as technology, economy, schedule and others into account, finally we decided on the adoption of the micro vortex coagulation process designed by East China JiaoTong University. With the original shapes of all structures remaining unchanged, the reconstruction project includes the following three aspects: (1) In order to avoid drug compounding, the dosing point of drugs is changed from the mixer to the valve shaft; (2) To avoid the accumulation of mud and congestion caused by large amounts of sand in rain season, first-cell reaction tank is transformed into a grit tank; (3) The grid reaction tanks cells from the second cell to the tenth cell are transformed into micro-vortex reactor tanks.

This is the reconstruction diagram of micro vortex reaction tank (unit: m):

The volume of the micro vortex reactor:

calculation of value G and value GT of micro-vortex reaction

Based on our on-site measurement and calculation, the water loss of r vortex reactor along the direction of flow is about 7 mm per meter. According to the formula: G=[(γh)/(60*μ*T)]1/2) (water temperature is 15°C), the volume of water loss as water flows through the whole vortex reactor is:

When data are substituted:

As the flow rate is within the normal range, capping measures are out of our consideration.

Through a 2-month debugging and operation after the reconstruction, a satisfactory result is obtained. In comparison with the previous state in the original process, water quality has significantly improved, in the following aspects: (1) the generated alums particles boast with clarity and good settling ability in the reactor tank, while alums particles are invisible before reconstruction (2) the area with muddy water in sedimentation tank is reduced. Before reconstructing, most of areas of sedimentation tank were light yellow, now it turns dark green, indicating that the water quality improves remarkably; (3) The working period of filter tank is extended, backing wash time is shortened, an d back washing water consumption is reduced. All these indicate that the turbidity before filtration has reduced and the alums particles’ quality of flocculation has improved; (4) turbidity before filtration remains below 3 NTU, and the output water turbidity less than 1 NTU (it is around the 0.5 NTU in most cases). If employees of water plant are familiar with this new process, they can control and adjust the dosage timely and reasonably., Then the filter tank can be maintained in good condition and the output water turbidity will be under 0.5 NTU, thus we can provide high-quality water. Table 1 is a comparison in some operating parameters before and after the reconstruction.

Table 1: Comparison of operating parameters before and after reconstruction.

From Table 1, we know that after adopting the micro vortex coagulation process, water turbidity of sedimentation is reduced, while the filtration period is lengthened (from 24 hours to 36 hours), and the volume of back flushing water is also decreased. From the datum of Table 2, the volume of washing water in filter tank before reconstructing was 109500 m3, while now it falls into 64416 m3, and the volume of annual water-saving is 45084 m3. If the cost of water is 0.5 yuan per ton, it can save 23000 yuan each year, and the decrease in the volume of backing wash water s also helps save the cost of pump power.

Table 2: Changes of backing wash water before and after reconstruction.

Started its reconstruction on October 23rd, Liling Railway Water Plant was completed on November 13th. The whole process takes less than a month from the design to trail operation, and it gains remarkable effects. For six months since it was put into use, the water plant has been running stably and the turbidity of output water has been kept under 0.5 NTU. It has been proved by theoretical analyses and practices that micro vortex coagulation process has significantly improved the efficiency of coagulation reaction and shortened the reaction time. Apart from a guarantee of output water quality, the water production has also increased by 20%. Meanwhile, we have saved a lot of backing wash water and greatly improved the anti-change adaptation capacity of purification system. Due to the increase of water production, the time of reaction and stagnation in sedimentation tank are reduced accordingly which calls for stricter operation and management., If automatic dosage putting can be realized, the coagulation effect of vortex reactor will be more apparent. In conclusion, the successful reconstruction of this water plant fully explains that as it is feasible and effective, the micro-vortex reactor has a great significance in promotion and enjoys a prospect of wide application.

This work was supported by the National Natural Sciences Foundation of China (No. 51268012). The author wishes to thank International Science Editing for their experts’ help in editing the manuscript. 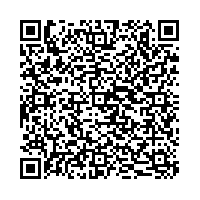