An industrially viable synthesis of racemic 3-quinuclidinol under solvent free conditions, a key intermediate of 3-R-Quinuclidinol (R-1-azabicyclo[2,2,2]octan-3-ol) is used as a building block in the synthesis of muscarine M1 and M3 agonists as well as for muscarine M3 antagonists has been described.

The quinuclidine ring is used in synthesis of various therapeutically important molecules and also important intermediate and synthesis of some drugs like azasetron, benzoclidine, palonosetron, solifenacin, cevimeline, quinupramine etc. [1] and also found in a number of natural products [2]. The quinuclidinone derivatives have been reported to show various biological activities [3-6]. Quinuclidinone derivatives are reported to show anti-cancer [7,8], anti-inflammatory [9], central nervous system stimulating activity [10] and antihistaminic activity [11] (FIG. 1).

3-R quinuclidinol [1] can be obtained by kinetic resolution of racemic mixtures of R- and S-3-quinuclidinol [3] (FIG. 2). 3-R-Quinuclidinol(R-1-azabicyclo[2,2,2]octan-3-ol) [1] is used as a building block in the synthesis of muscarine M1 and M3 agonists as well as for muscarine M3 antagonists. See for example the recent review by Broadley and Kelly [12] concerning muscarinic receptor agonist and antagonist. Talsaclidine fumarate (WAL 2014 FU) [13], cevimeline HCl [14] and YM 905 [15] are all examples of products where 3-R quinuclidinol [1] constitutes an integral part of the molecular entity. These products have shown potential in the treatment of Alzheimer’s disease, sjogren syndrome, and urinary incontinence, respectively. 3-R quinuclidinol [1] consitutes therefore a highly valuable building block for the synthetic production of several important pharmaceutical chemicals (FIG. 2).

The reported synthesis [16-18] of racemic quinuclidinol (FIG. 3) involved the use of large amount of solvents such as toluene, benzene, isopropyl alcohol, ethanol, acetone, methanol and con HCl. Both the reagents and solvents have to be handled in large volumes because the product has to be produced commercially. This process was difficult to implement at the production scale because they require costly solvents and tedious isolation procedures.

Keeping these points in mind, we designed three-stage green process of racemic quinuclidinol. Two of them were completely under solvent free conditions. Minimum amount of solvents were used and recovered in third one. Our synthesis is depicted in FIG. 4. As a result of these changes, the solvent usage was decreased, resulting in a significant reduction in the cost of racemic quinuclidinol production. The authors are thankful to Auroido Pharma Limited for financial assistance. 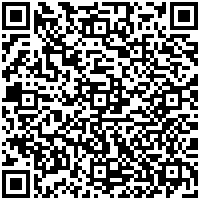