Nepal has the richest source of herbal medicinal plants and high plant biodiversity even within the altitudinal variation of every100 meter. Based on the high biodiversity report cell-mediated the national flower of Nepal, Rhododendron arboreum (Smith), was collected from Palpa district of Nepal with an altitude of 1350 and phytochemical analysis was performed from its methanol extract. Basic Phytochemical analysis showed the presence of Alkaloids, Flavonoids Coumarins, and Saponins. Based on primary research output and the importance of the basic compounds the samples were further reanalyzed with HPLC-ESI and QTOF-MS. Thirteen different chemically important compounds from R. arboreum were identified by HPLC-ESI-QTOF-MS. Among them, Rhodolatouside A and Rhodolatouside B were first time reported as new compounds in Rhododendron arboreum from Nepal whereas Coumaric acid, Gallic acid, Rhodolatouside A, Leuco-pelargonidin, Rhodolatouside B, Myricetin, Hyperoside, Quercetin, Maslinic Acid, Linoleic acid, 1-Naphthalenepropanol, Octadecanoic acid, and Betulinic Acid/Ursolic acid were observed as previously reported compounds. All the compounds were identified with their molecular formula. 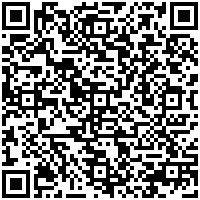