Milk fermented product especially curd as a probiotic is a source of lactic acid bacteria with remarkable functional property and has a proved potential therapeutic role in gastrointestinal disease. The objective of this study was to identify genotypic as well as phenotypic characterization of lactic acid bacteria isolated from local curd. The lactic acid bacterial strains which are Gram-positive coccus were tested and proved their ability to inhibit the growth of Vibrio cholera (ATCC 14035). The selected isolate also exhibited bile salt tolerance and antioxidant activity. Thus, among the five isolates, CS3 was proved to be the best potent probiotic. Thus, the optimum pH and temperature of CS3 was determined as pH 7 and 40°C respectively. The morphological characterization of PB 7 was confirmed as coccus in chains through Scanning Electron Microscopy. The 16s rRNA sequencing of the CS3 isolate provides an accession no. MN121704 in NCBI, which is named as Streptococcus thermophilus BURD PB8. 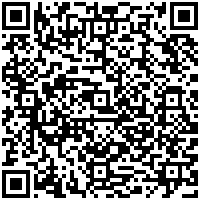