Diagnostics and prognostics have made revolutionary changes with the advent of Micro RNA (miRNA) biomarker based detection of diseases. Currently, much research attention is on designing and developing suitable microfluidic platforms for lab-on-chip type configuration of diagnostic devices. In this paper, a microfluidic nanoscale fluid mixer for hybridizing target miRNA with its conjugate probe was designed and its performance was evaluated. In a microfluidic channel, the fluid flow is laminar, and mixing can happen by way of convection and diffusion. The governing equations of low Reynolds number flows in microchannel include additional terms to the continuity equation and the classical Navier-Stokes equations to incorporate mass transfer effects. Moreover, since there is a diffusion component in the continuity, momentum and energy equations, they need to be solved as simultaneous equations. Comsol Multiphysics 5.2a is capable of modeling such flows and is used for the simulation of the mixer. The principle used for detection of target miRNA is based on fluorescence detection upon hybridization with a quenched probe. In this study, mixers were designed aiming at better hybridization by adding mechanical structures to increase the interaction between the fluid streams and improve the convective contribution to the mixing process. Three types of microfluidic mixers were designed and fabricated with pillar structures for altering the flow pattern in different manners to enhance the hybridization for detection of target miRNA and the performance is compared with a plain T mixer. The design parameter of interest is the length of the channel which is sufficient for hybridization for a chosen flow rate. A study is performed to assess the mixing effectiveness at various lengths for a channel of fixed length. The major conclusion is that the mixer with zig-zag structure provides the best mixing among the three structures tested, where convection and diffusion were both contributing to mixing, with the convective component significantly enhanced compared to the plain T mixer. The fabricated devices were Y type for simplicity. 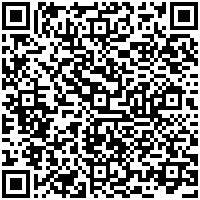