The available potential resources under arid and semi-arid lowland irrigated areas of the Ethiopia could be more exploited by irrigated wheat technology generation on progresses and production to fill the gap of national wheat demand. Bread whet genotypes evaluated in different locations of Amibara district in Afar Region and Fentale district of Oromia Region for three consecutive years 2015/16-2017/18 were considered in study. The 25 bread wheat genotypes were evaluated in triple lattice with three replications on 9m2 plot area. The study were targeted to identify and select high yielding potential and stable candidate varieties for release and also further breeding purposes. The analysis of variances of bread wheat genotypes evaluated revealed highly significant difference (P≤0.01) among genotypes for all traits and the genotypes by environment interactions. The overall mean performance of genotypes evaluated across different environments the two genotypes (HEILO//MILAN/MUNIA/3/KIRITATI/2*TRCH) 3877 kg/ha and (MUU/FRNC LN//FRANCO LIN #1) with 3655 kg/ha were better out yielded with 12% and 5% than check respectively. The third promising genotype (GLADIUS/2* BAVIS) is most stable genotype and it is better in early maturing (12%), 2nd best plant height (13%) next to MUU/FRNCLN// FRANCOLIN #1, and it has the maximum thousand kernel weight (8%) and related quality traits comparing to check. The out yielded genotypes and performed well in their important traits were selected as candidate varieties and submitted for variety releasing committee and out of which the HEILO//MILAN/MUNIA/3/KIRITATI/2*TRCH and GLADIUS/2*BAVIS were officially released. Therefore from the current results it has been observed better yield potential than the check variety and showing stability among the studied genotypes and this could be exploited in future large scale seed production and breeding purposes.

Wheat is one of the major cereals grown for use as food and industrial raw materials in Ethiopia. It is an important staple food in the diets of many Ethiopians, providing an estimated 12% of the daily per capita caloric intake for the country’s over 90 million population [1]. It is the important staple crop in Ethiopia and ranked 4th in the area (13.38%) and grain production (15.17%) of total grain crops which has resulted in an increase in production mainly by smallholder farmers using rain-fed based production system [2]. Ethiopia is still importing about 1.6 ml tons of wheat which estimated to 25% in deficit to fulfill domestic wheat demand by foreign currency [3]. Several Bread wheat (Triticum aestivum L.) varieties have been released for rain fed production targeted for different midland and highland area agro-ecologies. Although there is a potential for irrigated wheat production in the lowlands, the capacity to produce at a commercial scale is at its very initial stage in the country. Main wheat production constraints are biotic and abiotic stresses across rain-fed and irrigated environments which accentuated by the increasing incidence of climate change heat and drought [4]. So the climate change effect abiotic and biotic stress tolerant high yielding variety development is vital in continuous as per Tadesse et al., [4]. Irrigated Lowland area wheat production has limitations in the high yielding and stability of released wheat varieties and their seed system. It is very important to increase the irrigated lowland wheat varieties as a choice for variety development as well as for production and also for irrigable areas with better seed supply. The Irrigated wheat Research and development works done in the last decade achieved better in continuous variety development and pre-scaling up which utilized by policymakers and get attention for irrigated wheat production and diversification in lowland areas of Ethiopia. The progress and promising irrigated wheat Research results to be sustainable in technology generation to supply the required varieties and related packages to feed the irrigated wheat development works and diversification throughout the Ethiopian lowland areas. The high yielding and stable varieties are very crucial to attain the required production gain. Hence, evaluation of the extent and performance of available high yielding genotypes present under lowland areas are essential for effective crop production in an extensive way for local consumption. Thus, the aim of the study is to identify high yielding and stable genotypes in different environments for various development works then to release and access related merits for further breeding activities.

The experiments were conducted in Awash River basins at Amibara district Werer Agricultural Research Centre (WARC) under the Ethiopian Institute of Agricultural Research (EIAR). The WARC is located at 740 m a.s.l (9º16’8”N, 40º09’41” É). In Oromia regional state the trials were done at Saru-weeba Fentale district. The 25 bread wheat Genotypes in a triple lattice with three replications were planted under irrigated lowland area on 3 m × 3 m=9 m2 plot area. The trials were planted at the relatively cool season of the middle awash from mid-October to November per consecutive years.

The fertilizers (UREA=100N Kg/ha, DAP=50 P2O5 kg/ha) were applied based on previous practice in the irrigable areas. UREA Fertilizer application was on split basis; 1/2 at 25-30 days after planting and 1/2 at booting stage and DAP applied all at planting. All experimental plots irrigated uniformly using furrow irrigation methods in 10 days interval until the wheat crop reached physiological maturity. Other management practices performed as per previous recommendations. Data were recorded for Days to 50% heading, Days to 75% Maturity, Spike length, Spikelet number per spike, Plant height (cm), Number of kernel per spike, Thousand kernel weight (g) and Grain yield (kg ha-1).

The recorded all yield components and average yield across locations data was subjected to Analysis of Variance (ANOVA) and Varieties by environment interaction (GGE) biplot analysis using appropriate software GenStat statistical package18th Edition [5]. A comparison of treatment means was done using Fischer’s Least Significant Difference (LSD) test at 5% probability levels. The combined analysis of variance was carried out to estimate the effects of the environment (E), Genotypes (G) and Genotype by Environment interaction.

The mean performance of yield in specific environments (year and location) were described in TABLE 2 that clearly showing the performance genotypes across environments. The two candidates HEILO//MILAN/MUNIA/3/KIRITATI/2*TRCH and MUU/FRNCLN//FRANCOLIN #1 were among the superior genotypes almost in all environments and similarly the third candidate GLADIUS/2*BAVIS is average yielder in addition to its extra earliness except for the first environment (TABLES 2 and 3). The combined mean performance of the evaluated genotypes different traits across different environment were illustrated in TABLE 3. From all the genotypes evaluated in different environments the two genotypes (HEILO//MILAN/MUNIA/3/KIRITATI/2*TRCH) with a mean yield of 3877 kg/ha followed by (MUU/FRNCLN//FRANCOLIN #1) the second most genotype with 3655 kg/ha mean performance out yielded by 12% and 5% than the standard check respectively. The third promising genotype (GLADIUS/2*BAVIS) is characterized by its extra early maturing (12%), it is second-best in plant height (13%) next to MUU/FRNCLN//FRANCOLIN #1, the best in its thousand kernel weight (8%) and related quality traits mean performance than check (TABLE 3). For the yield-related traits, spike length and number of spikelets per spike BAJ #1/KIS KADEE#1 and PFAU/MILAN/5/CHEN/AEGILOPSSQUARROSA(TAUS)//BCN/3/VEE#7/BOW/4/PAST OR/6/2*BAVIS#1 genotypes have the best mean performance followed by HEILO//MILAN/MU NIA/3/KIRITATI/2*TRCH (TABLE 3). The high yielding genotypes and their promising yield-related traits help to use them in large scale production and also further breeding similar to the findings of Punia SS [7]. In addition to high yielding, genotypes that are characterized by an early maturity could be promising because these adaptation mechanisms are associated with an escape strategy for stress conditions. These studies were very important in arid areas with respect to the existing stresses for a different purpose which is supported by M. Afzal Arain et al. results [8].

The GGbiplot analysis showed that overall performance of the Genotypes across different environments (locations/years) and cumulative mean performance as per Anputhas et al. [9] and Yan W et al. [10]. Genotypes assigned on treatment 9 (HEILO//MILAN/MUNIA/3/KIRIT ATI/2*TRCH) and 11 (MUU/FRNCLN//FRAN COLIN #1) out yielded in overall mean and more stable on environments except for environment-5. Early maturing Genotype assigned on treatment 7 (GLADIUS/2*BAVIS) is the most stable genotype in its yield on overall environments (FIG. 1).

FIG. 1. GGbiplot analysis of the genotypes across different locations and years.

The variability among genotypes for different traits was well recognized and stability of promising genotypes in yield also well discriminated. Based on the study results three candidate varieties for yield potential and different agronomic merits were identified. Generally, the outperformed candidate varieties were potential yielder across all the six environments exception to the fifth environment and the best stable, early maturing and superior quality. The two candidate varieties; HEILO//MILAN/MUNIA/3/KIRITATI/2*TRCH and GLADIUS/2*BAVIS were officially released for production under irrigated lowland agro-ecology. The out yielded genotypes were promising in their most traits that could be utilized for further breeding purposes. More locations and area-based better package utilization could express more the potential which requires attention in future to broaden the study.

The authors declare that they have no conflict of interest. 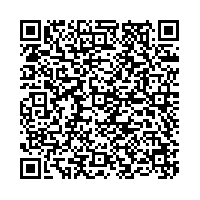