Consumer awareness of and willingness to consume nutritious food has increased dramatically in recent years. To address these demands, scientists are searching for novel food production methods that provide a source of easily digestible protein with a well-balanced amino acid composition. Yeast protein biomass (single cell protein, SCP) is a bioavailable product generated by employing diverse waste substrates as a culture medium, including agricultural and industrial wastes. With the world's population growing, yeast protein appears to be a viable alternative to traditional protein sources like vegetables and animals. Furthermore, yeast protein biomass contains trace minerals and vitamins, particularly vitamins from the B group. As a result, utilising yeast in protein production delivers both important nutrients and improves waste purification. Finally, nutritious yeast protein biomass may be the most environmentally friendly solution for human and animal feeding. The fast growing SCP production technologies, as well as biotechnology discoveries, have the potential to make a significant difference in the future in terms of addressing hunger issues and enhancing global food security. With the growing demand for low-cost, environmentally friendly SCP protein that can be produced at virtually any scale, it may soon become one of our food's constituents.

The need for food is rapidly increasing as the world's population grows, particularly for protein goods. In the next 30 years, the world's population is expected to grow by 2 billion people, from 7.7 billion today to 9.7 billion by 2050, with a peak of roughly 11 billion around 2100 [1]. About two-thirds of the world's population is expected to live in metropolitan areas. In 2050 and subsequent years, population expansion combined with fast increasing demand for meat nutrition would result in a protein gap between available meat and predicted demand. Meat consumption as a protein source is steadily growing over the world. Meat output has increased by more than threefold in the last 50 years. 80 billion animals are murdered for meat each year. The average person consumes roughly 43 kilogrammes of beef each year around the world. Richer people, on the other hand, consume far more meat, around 80 kg in Europe and even more than 100 kg in the United States and Australia [2]. Furthermore, multiple studies have found a link between red meat or processed meat consumption and the risk of cancer. Red meat eating raises the risk of colon and rectum cancer, and other studies have linked red meat consumption to other malignancies such as pancreatic and prostate cancer [3]. Furthermore, a high consumption of animal protein has been linked to an increased risk of premature death from cardiovascular disease and type 2 diabetes [4]. People in almost half of African countries consume less than 10 kilogrammes of meat each year. There is a protein supply shortfall in these countries, which is becoming a public health issue [5]. However, protein shortages, such as meat, dairy, and plant protein, are not only a concern in poor countries in Africa, Asia, and South America, but they may also become a problem in more developed countries in the future [6]. As a result, one of the world's most pressing concerns for the world's rising population is the development of conveniently accessible protein products that do not have a harmful impact on human health. Furthermore, people in advanced countries are interested in generating healthier foods that have an appropriate amino acid composition and a decent quantity and quality of fat that is produced in an environmentally sustainable manner. Plants are nutrient-dense protein sources (they may account for more than half of the protein in animal feed), but they necessitate a large amount of arable land and water. Furthermore, while soybean meal is now the primary protein source for feedstock production, it is recommended that microbial biomass, especially post-fermentative yeast biomass, be used to replace plant feed in animal diets up to 100 percent. Animal protein takes substantially longer to obtain and lacks a unique amino acid profile as compared to yeast protein. All individuals in the world do not have access to animal proteins at affordable costs. As a result, the need for protein prompts scientific problems such as developing new dietary techniques and looking for alternative protein sources. In the case of conventional agriculture, obtaining single cell proteins from yeast cells derived through growing in waste products from many sections of the agri-food business may be very relevant. Conducting scientific study targeted at getting the maximum protein production efficiency and an adequate amino acid composition in yeast cell biomass is critical. As a result, getting a well-balanced, renewable high-protein ingredient is a viable alternative to traditional protein supplements. As a result, the protein produced by diverse microorganisms such as bacteria, yeast, algae, and fungi appears to be the answer to humanity's dilemma of meeting the need for protein goods. Though filamentous algae and fungi can be multicellular, this microbial protein is also known as bioprotein, protein biomass, or single cell protein (SCP). SCP is the dried and dead biomass of microorganisms that grow on a variety of carbon and energy sources. SCP leftovers and wastes from agriculture, food, and industry could be used as a source of microbial protein. Obtaining microbial protein by converting waste substrates into value-added feed and food in the form of high nutritional protein biomass, and thereby reducing environmental pollution, is a highly desirable quality. The use of oily waste products as a culture medium for the manufacture of added value compounds, such as protein, by yeast that can consume these wastes is one method of getting rid of oily waste products after processing petroleum. Furthermore, food-grade or industrial wastes, as well as forestry and agricultural sources, are readily available and inexpensive, if not free, carbon and energy substrates for yeast-based SCP production.

Yeasts, as living microorganisms, are not extremely demanding in terms of living conditions, and as a result, they are widely distributed in nature. Every year, more yeast species are discovered; only 1500 species have been identified thus far. This represents 1% of their total population. Up to 150,000 creatures belonging to the kingdom of fungi are estimated to exist (Fungi). Some of them play an essential role in industrial sectors due to their features. Yeast is a unicellular eucaryotic creature that belongs to the kingdom fungi, phylum Ascomycetes, and class Saccharomycetes, commonly known as Hemiascomycetes. The real yeast S. cerevisiae is classified into the Saccharomycetales order. Yeast reproduces as solitary cells that divide through budding (as in Saccharomyces) or direct fission (as in Schizosaccharomyces).

SCP is considerably easier and cheaper to nurture and harvest than crops or cattle, and it takes significantly less time. Furthermore, yeast is adaptable to a wide variety of substrates. A wide range of hydrophilic and hydrophobic wastes and by-products, biomass, and raw materials are common sources of yeast growth substrates for protein biomass production. Fatty substrates, according to various authors, prefer a high protein concentration in yeast biomass. Natural wood wastes such as cellulose, hemicellulose, and lignin are inexpensive or free and easy to get substrates for protein production, but they must be processed enzymatically. Domestic sewage and food processing wastes, as well as wastes and by-products from starch manufacture and other agricultural wastes, can all be simply employed. It is preferable to use waste substrates that are inexpensive or free, as well as easily accessible. The use of these substrates by yeast protein makers aids in pollution reduction. Other nutrients, such as nitrogen, phosphorus, and others, may need to be added to a waste culture medium to enable optimal development of the selected strains. Agricultural wastes have been found to be excellent substrates for cost-effective protein production, resulting in a high amount and quality of yeast protein biomass that is tasty to cattle. Animals can be fed yeast protein biomass derived from a variety of industrial wastes, including petroleum by-products and biofuel waste. Humans, on the other hand, can only ingest yeast protein biomass after further food processing in accordance with local flavours.

When considering the needs of the human body, protein is a critical component of the diet. Every cell's structural and functional components are proteins. They are necessary for growth and metabolic functions. Protein is important as a nutrition because it provides nitrogen and certain types of amino acids to the body. Raw materials or food products are the natural sources of proteins and amino acids. The protein content of yeast protein biomass may be higher than that of traditional protein sources such as plants or animals. The protein content of yeast biomass is usually comparable to or higher than that of meat and soybean protein, and it is higher than that of milk protein. The amino acid content of yeast protein biomass is comparable to a high content of lysine, the most limiting amino acid in wheat, for example, cereals. The concentrations of isoleucine, leucine, lysine, phenylalanine, threonine, and valine in the yeast protein amino acids profile are higher than those necessary for the human diet by the Food and Agricultural Organization (FAO)/World Health Organization (WHO). A protein concentration of more than 40% is preferred. A hundred grammes of yeast biomass includes an average of 47 grammes of protein, which is over 100% of the needed daily consumption for individuals (50 g). According to FAO recommendations, yeast protein includes all essential amino acids in the required amounts, making yeast SCP a complete protein. It's important to note that protein shortage can occur not only when there's a relative or absolute lack of body proteins, but also when one or more necessary amino acids are lacking. As a result, yeast biomass produces a high-quality protein with a balanced amino acid profile, including full exogenous amino acids, that is suitable for human and animal consumption. The nutritional value of microbial protein is dictated by the amino acid composition, which includes 8 exogenous essential amino acids (isoleucine, leucine, lysine, phenylalanine, methionine and threonine, tryptophan, and valine) that humans cannot make. As a result, these amino acids must be obtained through the food. Yeast SCP is a high-quality protein source with great bioavailability for humans and animals, as it contains all of the essential amino acids.

Yeast Protein as a Food: Is it Safe?

In compliance with current food and nutrition safety standards, dried and heat-killed yeast protein biomass must be safe for both human and animal nutrition. Some experiments indicated that the biomasses of S. cerevisiae and Y. lipolytica, even when growing in fatty wastes, e.g., raw glycerol, did not contain significant levels of hazardous metals such as cadmium, mercury and arsenic. Heavy metal concentrations were modest and did not surpass EU regulatory levels. Furthermore, recognized institutions can certify yeast protein as Halal or Kosher. Furthermore, the acceptability of SCP as a food must be determined on an individual basis because, like any food, it may produce allergic reactions in people who are allergic to yeast proteins. Although significant reactions are documented relatively seldom, patients who are exposed to yeast inhalation are particularly at risk. 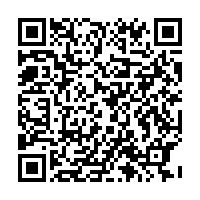