Treatment of Hydrocarbons by Microorganisms in Petroleum Refining

Due to the toxicity and fire resistance of aromatic components in the absence of oxygen, petroleum pollution of soils and sediments is a global concern. Floating oxygen can injected into the anaerobic region of a contaminated environment to promote ineffective and expensive biodegradation Alternatives include more soluble electron acceptors like nitrates and sulfates, but these are incompletely decomposed hydrocarbons that oxidize slowly.

Anaoxic soil samples that have not previously been exposed to hydrocarbons yield similar results. There is, however, a brief delay stage of 24 hours that is consistent with the microbial population's benzene adaptation. Low chlorite concentrations are used without significantly altering the stimulating effect. More than half of the degree of benzene degradation seen in 1 mM chlorite was also seen in 1 mM chlorite

Clearly defined mixed cultures without soil also experience this stimulating effect. Naphthalene is rapidly converted to 14CO2 when [14C] naphthalene is combined with an aerobic hydrocarbon oxide Pseudomonas JS150 strain and treated with chlorite under anaerobic conditions. If you omit either the creature or the chlorite, 14CO2 will not be produced unless you also add O2 to your headspace. As a result, the presence of the CKB strain and chlorite is directly related to the rate of naphthalene degradation.

We hypothesized that the CKB strain's ability to recognize chlorites for O2 and chloride could be the cause of the stimulation of hydrocarbon degradation since the CKB strain cannot degrade aromatic hydrocarbons in pure culture. The resulting O2 is utilized by naturally occurring aerobic hydrocarbon-oxidizing bacteria, which are prevented from doing so by the soil's anoxic environment. It has been shown that doing this produces O2 quickly and proportionately by adding chlorite to the CKB strain's anaerobic-washed whole cell suspension. If the cells are killed by heat or left unattended, O2 production is not possible.

Our findings demonstrate that the production of extracellular O2 from chlorite by perchlorate-reducing bacteria in anaerobic environments is possible. Hydrocarbon-oxidizing bacteria can use this O2 to break down hydrocarbons, including the dangerous chemical benzene. Due to its toxicity and relative solubility, this environmental contaminant is particularly significant. Perchloratereducing bacteria are common in a wide range of environments, including pristine soil and petroleum-contaminated sediments, but little is known about them

Our findings are within the limits established by the World Health Organization (200 mg/liter) and the US Environmental Protection Agency (1 mg/liter) despite the fact that high concentrations of chlorite can be toxic to many microbial species. The use of chlorite influx as a bioremediation technique to promote hydrocarbon oxidation in contaminated environments presents a fresh substitute for conventional infusion techniques. 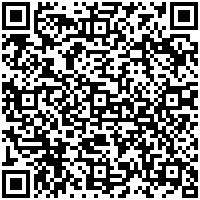