The current survey was carried out from February to May 2012 in eight locations in Cote d Ivoire. It aims to investigate the levels of resistance of field Anopheles gambiae populations to carbamates and organophosphates for future potential combined using of these insecticides with pyrethroids ones in malaria vector control based up on insecticide treated nets.

Bioassays performed with two carbamates showed high mortality rates solely to 0.4% bendiocarb in Zouan-Hounien and to 0.1% propoxur in Tiassale; 99% and 91%, respectively. With organophosphates, only mosquitoes from Zouan-Hounien showed again a high mortality rate (100%) to 1% fenitrothion. In comparison, mosquitoes’ mortalities in study sites were high with 0.4% chlorpyrifos-methyl.

Investigations in the G119S mutation revealed that the frequencies of the resistant allele (ace-1R) in field A. gambiae populations were low, varying from 0 in Zouan-Hounien to 0.52 in Bouaké (Yaokoffikro). Hardy-Weinberg equilibrium or disequilibrium in all the populations analyzed showed Fis (W&C) <0, indicating systematic exceed of heterozygous individuals at the ace-1 locus.

The low frequencies of the ace-1R in field A. gambiae revealed that the G119S mutation is not the main mechanism involved in resistance to carbamates and organophosphates in Côte d’Ivoire.

Malaria, transmitted by anopheline mosquitoes, is one of the world’s most challenging public health problems. Since 2000, substantial progress has been made in fighting malaria. According to the latest estimates, between 2000 and 2015, malaria case incidence was reduced by 41% and malaria mortality rates by 62% [1]. Despite that remarkable progress, malaria continues to have a devastating impact on people’s health and livelihoods. Updated estimates indicated that 212 million cases occurred globally in 2015, leading to 429, 000 deaths, most of which were in children aged under 5 yrs in Africa.

In general, diseases control entails prevention and treatment of human infections. Yet, malaria vaccines are still under experimentation and are not even being used at a program level. Moreover, malaria parasites are now showing increased resistance to anti-malaria drugs [2]. Thus, malaria vector control aiming to prevent the transmission of Plasmodium parasites by using essentially insecticide treated nets and/or indoor residual sprayings with insecticides becomes crucial. However, many malaria vector control projects based upon sprayings were stopped because resistance to insecticides occurred in malaria mosquito populations [3], such as the Anopheles gambiae complex Giles 1902 [Diptera: Culicidae], a major malaria vector in Africa. To date, only five (5) pyrethroids (α-cypermethrin, cyfluthrin, deltamethrin, λ-cyhalothrin and permethrin) and one pseudopyrethroid (etofenprox) insecticides are recommended for net impregnation [4]. But, a lot of researches have reported pyrethroids resistance in several South Sahara African populations of A. gambiae [5-7]. The spread of this resistance represents a threat that may impede malaria vector control strategies. Thus, due to the limited number of suitable insecticides recommended for reducing malaria transmission [8], carbamates and organophosphates insecticides were suggested as potential alternative compounds to control pyrethroids resistant mosquitoes [9]. A concern for the use of carbamates and organophosphates is that resistance to these insecticides is already present in A. gambiae populations from West Africa [10]. The ace-1 gene coding the acetylcholinesterase enzyme (AChE enzyme) is autosomal and is reported to be associated with carbamates and organophosphates resistance into mosquitoes [11].

Investigations on the target site of action for these insecticides (AChE enzyme) show that the resistance is due to a single point mutation in the ace-1 gene, resulting to the replacement of a glycine (GGC) to a serine (AGC); called G119S mutation causing insensitivity of the AChE1 enzyme [12]. The G119S mutation is reported to occur in A. gambiae at least in four times [13].

The current survey was carried out in Côte d’Ivoire to investigate the levels of resistance of field A. gambiae populations to carbamates and organophosphates for future potential combined using of these insecticides with pyrethroids.

Larvae of A. gambiae were collected in paddy fields and puddles from February to May 2012, consecutively in eight (8) different areas, Korhogo (Natiokobadara), Bouaké (Yaokoffikro), Toumodi, Tiassalé, Abidjan (Adiopodoumé), Zouan-Hounien, Tanda and Daloa in Côte d’Ivoire (Figure 1). Larvae were reared locally until adult stages. Test mosquitoes were identified morphologically and only females of A. gambiae were selected for bioassays. Bioassays were carried out using three to five days old non-blood fed females. The “Kisumu” strain of A. gambiae was used as susceptible reference during the bioassays.

Field mosquitoes used as controls were dried over silica gel and were then stored at -20°C for molecular biology analysis i.e. genotypic identification. Two reference laboratory strains of A. gambiae were used for the genotypic identification. The “Kisumu” reference strain, susceptible to all insecticides used in this study is originated from Kenya. The “Acerkis” strain, which is homozygous for the G119S mutation and resistant to both carbamates and organophosphates insecticides.

Both “Kisumu” and “Acerkis” were reared in separated rooms, in insectary.

Mortality rates of tested mosquitoes were determined after 24 h holding period with a supply of 10% honey solution. All experiments were carried out at a temperature and a humidity of 25°C and 70% to 80% RH, respectively.

Genomic DNA of individual mosquito was extracted using a simplified version of the protocol of Collins [15]. Then, the ace-1 genotype was assessed by PCR-RFLP analysis [13].

Mortality rates were calculated and analyzed according to the WHO criteria to determine whether samples were susceptible or resistant [1,14].

The resistant allele frequencies at the ace-1 locus were calculated using GENEPOP software [16], version 4.6. Conformity to Hardy-Weinberg equilibrium was tested [17] and Fis index showing deviation from random mating was estimated basing on Weir and Cockerham model [18].

Mortality rates of the “Kisumu” strain and of the controls

The mortality rates of the “Kisumu” strain used as susceptible reference were 100% after the 24h holding period with all insecticides.

The mortality rates of field mosquitoes used as controls during all bioassays were significantly very low. The values ranged from 0 to 4% using more than one hundred (100) mosquitoes for each bioassay. Therefore, all bioassays for the whole survey were validated and no adjustment was realized according to the sequential procedure of Bonferroni [19].

Mortality rates of field A. gambiae

With 0.1% propoxur, only mosquitoes from Tiassalé showed high mortality rates (91%), highlighting possible resistance. All the other mortality rates were low (<90%). However, bioassays were not performed for all targeted study sites for this insecticide, due to the insufficiency of available adult mosquitoes. Thus, mosquitoes from Bouaké (Yaokoffikro) and Toumodi showed very low mortalities emphasizing strong resistance to bendiocarb and to propoxur.

Only fields mosquitoes from Korhogo (Natiokobadara) showed the same mortality rates with both 0.4% bendiocarb and 0.1% propoxur (79% and 78%, respectively). In all the other study sites, the values were different with those two insecticides.

Organophosphates insecticides: Only, mosquitoes from Zouan-Hounien showed high mortality rates (100%) to 1% fenitrothion (Table 2). Mortality rates of field A. gambiae of all the other study sites were very low (<90%), showing resistant mosquitoes.

Genotypic distribution at the G119S mutation locus in field A. gambiae populations

Table 3: Variation of genotypes of field A. gambiae at the G119S mutation locus.

Frequencies of the acetylcholinesterase resistant allele in field A. gambiae populations

The frequencies of the acetylcholinesterase resistant allele (ace-1R) in field A. gambiae populations were low, varying from 0 in Zouan-Hounien to 0.52 in Bouaké (Yaokoffikro) (Table 4). The ace-1R frequencies seemed to be relatively higher in the big towns i.e. Korhogo (Natiokobadara), Bouaké (Yaokoffikro), Tiassalé and Abidjan (Adiopodoumé) than in the small ones i.e. Toumodi, Zouan-Hounien and Tanda.

Table 4: Frequencies variation of the ace-1R in field A. gambiae populations.

Four (4) field A. gambiae mosquitoes’ populations out of the eight (8) analyzed were not in Hardy-Weinberg equilibrium (P (HW) <0.05), with Fis (W&C) <0 in all cases, indicating systematic exceed of heterozygous individuals at the ace-1 locus. In Toumodi, Zouan-Hounien and Tanda, the ace-1R frequencies were very low and the exact probability of Hardy-Weinberg equilibrium were maximum (P (HW)=1.00). In Daloa, the P(HW) was 0.57>0.05, with also a low frequency of the ace-1R.

With organophosphates, mosquitoes from Zouan-Hounien were the single sample susceptible to fenitrothion. In contrary, only field mosquitoes from Abidjan were resistant to chlorpyrifos-methyl.

These bioassays data revealed field resistant mosquitoes to bendiocarb, propoxur and fenitrothion, whereas chlorpyrifos-methyl, an organophosphate remained definitively efficacious for malaria vector control in almost all the study sites. In contrary, a survey on the homozygote resistant laboratory strain AcerKis displayed a very high resistance level to various carbamates (range 3,000 to 5,000 folds) compared with that of various organophosphates (range 12 to 30 folds) [20]. The current bioassays also underlined strong resistance of A. gambiae, specifically in Abidjan (Adiopodoumé) and in Bouaké (Yaokoffikro). Indeed, resistance to pyrethroids, carbamates and organochlorines in A. gambiae was already reported in Bouaké (Yaokoffikro) [21].

Individuals’ genotypes of field A. gambiae revealed very few resistant homozygous mosquitoes at the ace-1 locus (4 individuals), versus 162 heterozygous individuals over 346 mosquitoes test-detected for the whole study. The number of homozygotes for the ace-1 locus was reported to be very low in several locations in Cote d’Ivoire [10]. Negative values of Fis (W&C) in the current survey indicating systematic exceed of heterozygous individuals at the ace-1 locus, as reported by the recorded genotypes can impact the resistant levels. This reinforced the bioassays results and could be crucial information on resistance mechanism involved in A. gambiae in study sites. Indeed, researches demonstrated that 25% of acetylcholinesterase enzyme activity was enough to protect Drosophila melanogaster against insecticides [22]. Thus, heterozygous individuals having 50% of sensitive and 50% of insensitive target molecules of the insecticide would genetically respond like homozygous mosquitoes and would therefore resist to the insecticide lethal effect, indicating that ace-1R is a dominant allele.

The frequencies of the ace-1R in field A. gambiae populations varied from 0 in Zouan-Hounien to 0.52 in Bouaké (Yaokoffikro). These results reinforced the bioassays highlighting a lack or a weak mechanism of resistant to carbamates and organophosphates in Zouan-Hounien. The city of Zouan-Hounien is in Danané area in western Côte d’Ivoire, where a previous research had reported low frequencies of the resistant allele at the kdr mutation L1014F locus [7] conferring cross-resistance to a wide range of pyrethroids and DDT in several west African countries [23].

The frequencies of the ace-1R in the current study were 0.50 and 0.52 in field A. gambiae in Abidjan (Adiopodoumé) and in Bouaké (Yaokoffikro), respectively. The frequency of the ace-1R was 0.32 in Yaokoffikro during a former survey conducted in 2009 [10], revealing that the resistance has increased. Indeed, investigations on dominance levels conferred by the G119S mutation in A. gambiae reported that this resistance mechanism could spread rapidly in the field and then compromise the use of organophosphate and carbamate compounds in public health [20].

However, it was recently stated that combining pirimiphos methyl, an organophosphate with deltamethrin long lasting insecticidal net (LLIN) provided no improvement in A. gambiae control or personal protection compare to LLIN alone in experimental huts in a rice field in Tiassalé, emphasizing the challenge that malaria vector control programs will face if multiple resistances to insecticides continues to spread [24].

The current survey highlighted resistance of field A. gambiae mosquitoes to bendiocarb, propoxur and fenitrothion in several locations in Côte d’Ivoire, with comparative susceptibility to chlorpyrifos-methyl.

The low frequencies of the ace-1R in field A. gambiae revealed that the G119S mutation is not the main mechanism involved in resistance to carbamates and organophosphates insecticides in study sites.

We are grateful to all the volunteers and local coordinators who have contributed to the achievement of this study supported by the TDR/WHO under the Multilateral Initiative on Malaria (MIM) program. We appreciated the excellent collaboration between the IRSP in Benin and CEMV in Côte d’Ivoire. 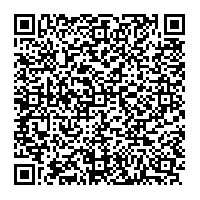