In 2021, the rise in the global temperature during the period of 1850-1900 was around 1.1°C [1]. Over the past 150 years, an increase in atmospheric Nitrous Oxide (N2O) has contributed to global warming 7% of the radiative force is accounted for by N2O. In 2020, the average amount of N2O in the atmosphere was 333.2 ppb, up 1.2 ppb from 2019 and up 123% from levels in 1750. 17.0 teragrams of nitrogen were emitted as N2O annually on a global scale. However, further regional N2O measurements and mitigation measures are needed, particularly in under sampled areas like the Tibetan Plateau. Grasslands throughout the world account for nearly 30% of atmospheric N2O fluxes. The Tibetan Plateau, which is very susceptible and occupies over 2.5 million km2 , alterations in the environment. Heavy grazing has caused alpine meadows to decline by more than 80%, and the severely damaged region makes up more than a third of the Tibetan Plateau. It was discovered that heavily degraded and control alpine meadows, respectively, released 365.1 gm2 h -1 and 118.1 gm2 h -1 of N2O. Similar findings were found in this area, with severely degraded grassland emitting N2O at rates that were around 2.66 and 2.29 times higher than the control, respectively. But in southwest Tibet, where severe degradation is occurring, grassland N2O emission rates have increased from 33.2 in the control to 37.5 gm2 h -1, or by around 12.95%. Additionally, In northeast and southwest Tibet, respectively, there was a drop in the N2O rates in alpine meadows of around 17.13% and 26.65%. Heavy degradation speeds up the transformation of nitrogen and raises the amount of accessible nitrogen in alpine meadows. The rate of nitrification, denitrification, and N2O emission in grasslands is regulated by the WaterFilled Pore Space (WFPS). The conditions for soil nitrification and oxidation reduction are influenced by soil bulk density, and N2O emission rates dramatically rise when soil bulk density rises [2]. Additionally, pH has a direct impact on the diversity, richness, and soil N2O emission rates. The N2O emission rates in the severely degraded meadows in Maqin county have not been extensively studied. As a result, our study aimed to identify utilising metaanalysis to determine the effects of severe degradation on N2O emission rates on the southeast. Tibetan Plateau and the contributing variables. By doing this, the Tibetan Plateau's N2O emission stream would be reduced.

The following criteria were used to identify heavily degraded meadows: coverage, biomass, and richness values below 35%, 254 gm-2, and 17, respectively. Our soil incubation studies showed that the southeast Tibetan Plateau's significant grassland degradation boosted N2O emission rates by 31.16%. The N2O emission rates of extensively degraded and control alpine meadows on the northeast Tibet Plateau were 43.4 gm2 h -1 and 39.7 gm2 h -1, respectively, in several prior case studies, which corroborate this. Average N2O emissions rates from heavy degradation rose by 55.04% and 76.55% on the southeast Tibetan Plateau. These impacts of grassland degradation can be attributed to two basic causes. The plant life and the physical features of the soil are first affected strongly by significant deterioration. Compared to less severely degraded grassland soils, the total carbon and accessible nitrogen were greater [3-5]. Significant N2O emissions were caused by organic carbon and inorganic nitrogen in grasslands. Second, grazing activity increased the number of ammonia-oxidizing archaea genes by 74.5% and 95.2%, respectively, in moderately and highly degraded grasslands. When nitrification accounts for more than 68.8% of the N2O emission from alpine meadows, it is considered to be the main process. 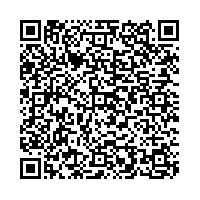