RNA and their Modulations

The messenger molecule known as RNA is responsible for transmitting information from the genome and enabling the creation of biomolecules necessary for life in a responsive and controlled manner. In response to various internal or external environmental signals, in various tissues and organs, at particular stages throughout development or later in life, the majority of genes can create numerous mRNA products. The coordinated actions of a complex and large set of regulatory machinery, which together orchestrate the genomic output at each locus and make sure that each gene is expressed at the proper level, at the proper time, and in the proper location, are what allow for this fine-tuning of gene expression.

It is being increasingly understood how fundamentally important RNA is, not only as a messenger molecule but also as a regulator of genes in and of itself. Countless regulatory and processing stages involving a complex array of sequence elements, RNA binding proteins, and other regulatory RNA species are necessary for the generation of mature messenger RNA (mRNA).

The intricacy that makes mistakes in gene expression or mRNA processing so frequent also offers a variety of distinct opportunities for therapeutic intervention.

The procedures involved in creating a mature mRNA and determining what happens to it after that are intricate and complex. An RNA molecule's life begins during transcription, which is regulated by tissue-specific enhancers and promoters. The heterogeneous nuclear RNA (hnRNA) or pre-mRNA, which is the immature primary RNA transcript, then goes through a series of modifications, including the addition of the 5′ cap structure, the removal of the intronic sequences by constitutive or alternative splicing, and 3′ end processing events, which include the addition of the poly-A tail. These processes take place concurrently and do not follow a linear path. Additionally, RNAs may go through epitranscriptomic decorating, which entails the addition of various RNA modifications, such as the methylation of adenosine residues. A succession of RNA readers, writers, and erasers apply these alterations. The nucleus then exports mature mRNAs to the cytoplasm. One of the main barriers to the translation of abnormal mRNAs is this active, controlled mechanism.

Translational control over gene expression is another option. This can happen because certain RNAs are selectively degraded by mRNA monitoring mechanisms like nonsense-mediated decay, no-go decay, and non-stop decay.

Last but not least, the action of both short and long non-coding RNAs and RNA-binding proteins may also have an impact on the fate of the RNA and result in the destruction or translational blockage.

A complicated interaction between ribonucleoprotein complexes and pre-mRNA sequence elements regulates RNA splicing. Two phosphodiester transfer processes make up the splicing process: the first involves the interaction of the branch site and the 5′ splice site, and the second involves cleavage at the 3′ splice site and combining of the liberated exons. This happens as a result of the actions of the U1, U2, U4, U5, and U6 family of small nuclear ribonucleoproteins, which together with a group of about 80 additional auxiliary proteins make up the core spliceosome and direct the splicing process. The excision and joining of introns are accomplished by the dynamic spliceosome, which modifies its structural and conformational properties. The 98% of the genome that is produced through a process known as alternative splicing generates numerous RNA transcripts, making this machinery required but occasionally insufficient for splice site utilization. There is strict geographical and temporal control over the precise nature of transcripts produced under various conditions. This is made possible by the coordinated management of some splice site activators and inhibitor proteins, which collectively decide whether a specific splicing event takes place in a specific situation or not.

By focusing on the core spliceosome, complicated disease's widespread dysregulation of splicing patterns may be treated. Many bacterial-derived substances that interfere with the SF3B component of the U2 snRNP have the potential to be effective anti-cancer treatments because they cause cell cycle stalling at the G1/S or G2/M checkpoints.

Non-coding RNA (ncRNA) regulators of gene expression have an impact on the repertoire of genes produced by any particular cell under any given conditions. These ncRNA genes produce RNAs that help control the expression of other RNAs rather than proteins. They are divided into two main categories: short non-coding RNAs (ncRNAs), such as microRNAs (miRNAs), and longer non-coding RNAs, such as circular RNAs (lncRNAs) (circRNAs). 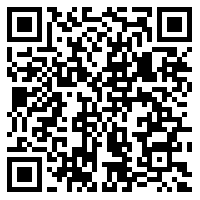