Only once it was widely acknowledged that the qualities of a medicine's active ingredients determine it’s pharmacological and subsequently its therapeutic effects did medicinal chemistry become a recognised scientific field. Prior to the development of synthetic organic chemistry, which happened to occur almost at the same time as pharmacology evolved into an experimental science, medicinal goods were mostly made from natural resources, particularly plants; to a lesser extent, mineral products were also used. The shape and colour of plant (parts) were thought to be indicative of the biological processes.

Several scientists held the belief that new medications may be generated moving forward based on knowledge of connections between chemical structure and biological activity. "Soon, pharmacopoeia will be constructed based on correlations between structure and action." Both "Soon doctors will have series of drugs in order of potency to influence nearly every physiological activity" (Brunton, 1889)11 and "Richardson, 1877,"14 were overly pessimistic predictions. The views that came after them were more pragmatic.

According to Hopkins (1901), 12 "things had progressed in a very disappointing fashion." Structure-activity correlations were "investigated so intensely that one had a very clear picture of the scope of our ignorance," according to renowned pharmacologist Clark15, in 1937. Although there was a lot of excitement about the potential for the development of new medications at the end of the 19th century, not a lot of exciting things occurred during the course of the next fifty years. The development of new treatments remained a trial-and-error procedure. The absence of substantive advancement has a number of causes. The most significant was the near total lack of any trustworthy knowledge of physiological and pathophysiological mechanisms. The lack of understanding of the true structure of the produced compounds was a nearly as significant factor. The main concern was—and, in some ways, still is—what mechanism of action a molecule uses to get a particular result. Despite the lack of knowledge regarding the mechanisms underlying the biological activity of organic compounds, numerous efficient brand-new medications have been found and developed during the first 60 years of the 20th century. The delayed advancement of pharmacological treatments has been a significant problem, though. In vivo experiments were virtually always used in pharmacological research. Clearly, factors other than the active principle's final interaction with the target influence how in vivo trials turn out. The activity as it is ultimately measured is influenced by absorption, distribution, metabolism, excretion, and interaction with other sites. As a result, the connections between structure and activity remained quite shaky. Particularly Rudolf Magnus (1873–1927) recognized the benefits of using separate organs early on. However, advances in the biological sciences opened up new perspectives. Machineries for receptors were disassembled. It was established that receptors are proteins with an a-helix structure; ion-channels were chemically characterised along with their function; and intracellular receptors were given their proper location. Orphan receptors—proteins with no known physiological functions—were discovered. Lefkowitz coined the term "reversed pharmacology" to describe these receptors. Such receptors might eventually be deorphanized. The new opportunities for medicinal chemistry were significantly impacted by the advancements. A second exciting result was achieved using molecular methods immediately after the first. The identification of spontaneously activated receptors allowed for the distinction between receptor blocking drugs acting as (neutral) antagonists and inverse agonists 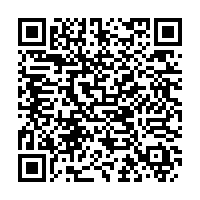