New Organic-Inorganic Multifunctional Materials Based on Chemistry Similar to Polydopamine

The creation of a set of hybrid organic-inorganic multifunctional materials has been accomplished through the development of a straightforward one-pot technique carried out in mild conditions. This method is based on the employment of catechol and KIO4 as oxidising agents along with a chemical imitating polydopamine, 3-aminopropyl-, modified 3-aminopropyland 3-methylimidazolium-1-trimethoxypropylsilane. The fifteen materials produced by reactions in water at ambient temperature and 70Â°C were characterised using a variety of methods (nitrogen physisorption, TGA, XPS, 13C and 29Si CP-MAS NMR, IR, pHPZC). The Knoevenagel reaction was selected as a reliable probe to look into the presence of functional groups on the material's surface. Recycling processes were used to examine the catalytic materials that were the most active. The scientific community is very interested in this straightforward method since it pave the way for the creation of new organic-inorganic hybrid materials that can serve a variety of functions. 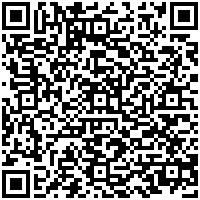