This paper presents a modified fractional-order activated sludge model (MFASM) for substrate degradation and nutrient removal. The modified model is based on Activated Sludge Model 1 (ASM1) for bacterial growth incorporated with the hereditary growth of microorganisms in a couple of pH value acclimatizing proton translocation theory for substrate dissociation. A novel modification is accomplished in the ASM to obtain the extra degree of freedom for biomass concentration through fractional order derivatives based on Grünwauld-Letinkov numerical technique. A significant decline in Chemical Oxygen Demand (COD) and NH4-N removal efficiency from 85% to 60% can be obtained as the biomass fractional order fluctuates between 0.9 and 0.1. Also, the specific growth rate of bacteria can be simulated over long time periods to reveal the history of accumulated biomass in activated sludge process. Moreover, the integer order model of ASM can be indicated at fractional order of 1. In this regard, the MFASM is strictly investigated to reveal the influence of both pH value and heterotrophic biomass deterioration on effluent COD. Furthermore, the simulated results are examined for the long term interaction of autotrophs in nitrification process.

Several activated sludge models ignored the historical response of biomass in substrate degradation [12-14]. The former activated sludge model only considers the specific growth rate of bacteria on short term periods [15,16]. Even the impact of biomass fluctuation on treatment process can’t be recognized in the previous activated sludge models. The aim of this work is to extract the extra degree of freedom of biomass concentration in the activated sludge systems. Accordingly, modified fractional-order activated sludge model (MFASM) is established to explore the microorganism’s behavior on periodically long terms and to investigate the influence of pH value on substrate dissociation. The modified model is based on the fractional order derivative of ASM1 and proton translocation theory [17,18]. Grünwald-Letinkov numerical technique [19] is applied in Matlab software to simulate the mass balance equations of MFASM. A novel alternation is accomplished by long term biomass-substrate interaction coupled with hydrolysis of unionized organic substrates. A significant decline in the effluent COD is associated with the change of biomass concentration in the activated sludge process. Moreover, both COD removal and nitrification process can be simulated at various pH values and different fractional orders. In addition, the MFASM is examined at various influent COD where simulation results illustrate the influence of pH value on specific growth rate of heterotrophic aerobic and anoxic bacteria. Furthermore, an impressive reduction in NH4-N can be achieved by the extra degree of freedom of autotrophic nitrifiers.

Description of the MFASM model

The ASM1 is modified to incorporate the hereditary effect of biomass with proton translocation theory. The modified model considers the unionized substrate molecules as the sole available substrate for heterotrophic and autotrophic microorganisms. The logic behind this hypothesis is that proton the gradient between the inside and outside of the cell membrane should be kept constant to maintain a constant pH during substrate degradation. According to the proton translocation theory, proton pumps are activated during the respiration cycle to generate energy needs for the viable cell. Therefore only unionized weak acids are free to be transported through the membrane and utilized as a substrate by the aerobic microorganisms. Figure 1(a) shows the hydrolysis process of unionized organic substrates in the MFASM. The complex substrate organics (CS ) dissociate into less molecular compounds under the effect of pH value. The unionized substrate molecules (CHS ) are directly utilized by bacteria in the growth process, whereas the dissolved oxygen (DO) is consumed by bacteria in the feast period to increase the biomass concentration (CX ) under the bacterial kinetics as shown in Figure 1(b). In this regard, substrate biodegradation can be attributed to short term specific growth rate of bacteria (µS ) whereas the long term bacterial growth rate (µ1 ) is proposed for biomass conversion to its impacts (CXβ ). Several values of the fractional order (β) varying between are considered for biomass rate of change while a predominant order close to is used for substrate rate of change. The kinetic parameters of ASM1 are shown in Table 1 at 600 mg/l as COD and 100 mg/l as NH4-N [12,20,21]. Grünwald-Letinkov numerical technique is applied to simulate the modified model based on [19]. The biomass and substrate mass balance equations for the modified model are:

Table 1. Kinetic and stoichiometric constants of ASM1 for substrate biodegradation and nitrification and denitrification process at 20°C.

The influence of proton translocation on both COD removal and nitrification process is discussed for the modified model at integer order of β = 1.0 Figure 2 shows the role of pH value in the dissociation of unionized organic substrate and microbial growth rate. An increase in the effluent COD from 0.05 to 0.3 kg/m3 is achieved by increasing pH value from 6 to 8 for influent COD of 0.6 kg/m3 and heterotrophic biomass concentration (CHX) of 60 kg/m3. The simulated results demonstrate that higher effluent COD is attributed to the pH value [18]. Also, a decline in the COD removal efficiency is recognized as a result of a minor decrement in the specific growth rate of heterotrophic anoxic bacteria from 0.0004 hr-1 to about 0.0001 hr-1 pH varying from 6 to 8 Moreover, the simulated results show that the effluent NH4-N increases from 0.01 to 0.05 kg/m3 as pH fluctuates from  for influent NH4-N of 0.1 kg/m3 and nitrifier concentration (CXN) of 3 kg/m3. Although the maximum specific growth rate of nitrifying bacteria increases at pH of 8 [21], a decline in effluent NH4-N occurs at the same pH. The reason behind that is the significant influence of pH value on the dissociation of unionized organic substrate which affects the microbial growth rate.

Figure 2: The influence of pH value on COD removal by heterotrophic aerobic and anoxic bacteria and NH4-N removal at integer order model.

Simulation results of the modified model

The influence of biomass deterioration on the treatment process can be revealed by varying the fractional order in the MFASM at pH of 7 as shown in Figure 3. The simulated results strictly demonstrate that a decline in (CXH) from 60 to 10 kg/m3 is accomplished by reducing β from 0.9 to 0.1. Accordingly, both COD and NH4-N removal efficiency decrease from 85% to 60% over long term period where β reaches low values. Figure 3 also indicates that the extra degree of freedom of biomass concentration can be the predominant effect on the substrate degradation [18]. The biomass concentration decreases as a result of the increase in specific growth rate of bacteria and thus the substrate concentration increases. This may owe to that the decline in biomass concentration is much higher than the increase in microbial growth rate. In this regard, the MFASM can generalize the impact of activated sludge microorganisms on the treatment process. The simulated results of MFASM can be strictly displayed for heterotrophs and autotrophs as shown in Figure 4(a)-4(b). Several fractional orders can be admitted to show the gradual decline in (CXH) till about 10 kg/m3 as indicated in Figure 4(a) where the typical values of MLSS and MLVSS [22,23] can be approached at COD of 600 mg/l. However, the increment in the influent COD may be a limitation for MLSS and MLVSS. Moreover, a significant decline in COD till about 600 mg/l is associated with aerobic heterotrophic growth on influent COD of 600 mg/l at 8 hr operation as obtained in Figure 4(b).

Consecutively, Figure 4(c) shows that CXN deteriorates from 3 kg/m3 to about 0.5 kg/m3 at low fractional orders that significantly affect the nitrification process. Accordingly, the effluent NH4-N can be obtained in the range of 20 to 50 mg/l in MFASM at 8 hr operation for influent NH4-N of 100 mg/l as revealed in Figure 4(d). It is evident from results that the impressive decrement in ammonia nitrogen is relevant to CXN in MFASM. Also, the performance of activated sludge wastewater treatment plants can be related to the flexibility provided by modified model.

The microbial growth of heterotrophs and autotrophs could be strictly investigated on periodically long terms through MFASM that leads to a significant decline in both COD and NH4-N removal from 80% to 60% by varying β from0.9 to 0.1. Extra degree of freedom could be obtained for biomass concentration where heterotrophs deteriorated from 60 kg/m3 to 10 kg/m3 at influent COD of 600 mg/l. Also, a decrement in nitrifiers from 3 kg/m3 to 0.5 kg/m3 could be reached at influent NH4-N of 100 mg/l. On the other hand, higher effluent COD could be attributed to low microbial growth of anoxic heterotrophs at NO3 of 40 mg/l. Moreover, a significant influence of pH value on dissociation of unionized substrate could be indicated by varying pH between 6 and 8. The substrate removal efficiency could be enhanced at pH fluctuating between 6 and 7 for influent COD of 600 mg/l. The nitrification process could be also promoted at pH= 6 - 7 for influent NH4-N of 100 mg/l although maximum specific growth rate of nitrifiers occurs at pH of 8. The reason behind that may owe to the role of pH value in the proton translocation theory that associate microbial growth rate with the hydrolysis and dissociation of unionized organic substrates influencing substrate degradation.

The author acknowledges the International Association on Water Quality (IAWQ) for the technical perspectives of establishing the Activated Sludge Model No. 1 (ASM1) provided with available values for kinetic and stoichiometric parameters. 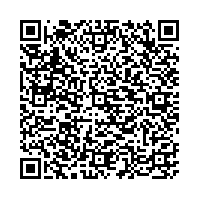