In the Presence of Silver Ion, DFT Chemical Reactivity Analysis of Biological Molecules

The Becke three parameter Lee, Yang, and Parr functional, as well as the Pople 6-31G (d) and Los Alamos LANL2DZ basis sets, were used to investigate the silver ion oxidation process in several biological compounds using Density Functional Theory. The lowest energy molecular structure, molecular orbitals, and chemical reactivity characteristics were determined using this method. The oxidation process begins in the purine and pyrimidine bases, according to chemical hardness. In the biological molecule-silver ion complex, the electronic density distribution of frontier orbitals was investigated. The flow of electrons from the highest occupied molecular orbital to the lowest empty molecular orbital was clearly visible in this distribution, indicating an oxidation process.

Because of its diverse properties silver is a versatile and safe agent with different uses. Silver ions had been used in biosensors, clothing, food industry, stainless steel coatings, beauty products, and in medical devices. Silver is usually inert in its metallic form; however, it ionizes when in contact with skin moisture or fluids from a wound. As a result, it becomes highly reactive leading into an antibiotic behavior. Studies of the inhibitory mechanism of silver ions on gram-positive and gram-negative bacteria have been reported, showing morphological changes in cytoplasm, cell membrane, and wall [1]. There is currently very little information available on how silver is produced bioactive. According to some authors, silver ions act when they come into contact with water. permeate the cell and make contact with the purine and pyrimidine bases; as a result, the Deoxyribonucleic Acid is denaturized (DNA). According to some authors, bioactivity is derived from the inactivation of respiratory enzymes, which is accomplished by building complexes with the sulphur of cysteine's thiol group. Silver has also been implicated in catalytic oxidation events involving the production of disulfide bonds, according to reports (R-S-S-R) [2]. The reaction between oxygen molecules in thiol groups is catalysed by it. Another quantum chemical study was carried out utilising DFT and the Becke three parameter Lee, Yang, and Parr functional (B3LYP) as well as the Minnesota family M06-L functionals to shed light on the electrical and energetic characteristics of silver on DNA adenosine and cytosine bases. According to the obtained results from previous theoretical calculations and the above-mentioned experimental data, it is necessary to expand the study of biological molecules in the presence of silver ions in order to define the antibacterial mechanism [3-5]. Thus, the goal of this research is to investigate a silver ion antibacterial mechanism via oxidation in the presence of biological molecules such as proteins, polysaccharides, lipids, and nucleic acids. A theoretical study was used to examine biopolymers according to their constituent monomers, with the goal of determining which portions of the bacterium cell react in the presence of the silver ion Chemical reactivity characteristics, such as chemical potential (I), Electron Affinity (EA), electronegativity, electrophilicity, chemical hardness, and electron donor potential (-), were calculated to achieve this purpose. Also, electron transport can be observed using the Highest Occupied Molecular Orbital (HOMO) and the Lowest Unoccupied Molecular Orbital (LUMO). Alanine was chosen from the nonpolar aliphatic R group because it is abundant in living things and is the smallest chiral amino acid. The phenylalanine comes from the aromatic R group, and its structure has an aromatic ring that allows us to see how it interacts with the silver ion. Cysteine and its structure contain sulphur from the uncharged polar R group, and it is abundant in peptides and proteins [6]. It is very reactive, and the presence of a thiol group plays a significant role in protein synthesis. Furthermore, the thiol group is known to interact significantly with noble metals such as gold, silver, and cooper. Because it comprises dicarboxylic acids, aspartic acid comes from the negatively charged R group. Histidine was also chosen from the positively charged R group; it contains an imidazole functional group, which will allow for the evaluation of interactions with the silver ion [7]. D-glucose was studied among monosaccharides because it has significant impacts on carbon metabolism regulation and is responsible for cellular respiration regulation. It also has an impact on gluconeogenesis, allowing it to transport and catabolize carbohydrates. Sucrose was chosen among polysaccharides because it has a high molecular weight and is made up of glucose and fructose. It is also undoubtedly engaged in metabolic activities. Polysaccharides obstruct the formation of Adenosine Triphosphate (ATP), while silver ions, according to some studies, hinder the oxidation of glycol, glucose, and other compounds [8,9]. Lipids are small oxidizable molecules that act as an energy reservoir for the cell. They are essential structural components of cell membranes. It is critical to examine the constituent parts of bacterial cell membranes because they are harmed when foreign agents assault. Palmitic acid, a saturated lipid, and palmitoleic acid, an unsaturated lipid, were the lipids studied in this study. Palmitic acid stimulates cell cycle progression, accelerates cell proliferation, and activates a variety of kinases in a transitory and sequential manner. Because palmitoleic acid is biosynthesized from palmitic acid, it must be investigated [10]. Purine and pyrimidine nucleotides (adenosine and cytosine) were investigated in DNA. Because of its importance in energy metabolism, Adenosine Monophosphate (AMP) was chosen. AMP makes bonds with additional phosphate groups through an enzyme process and is essential for the incorporation of amino acids into proteins. Because it is involved in the biosynthesis of phospholipids and uracil for carbohydrates, Cytosine Monophosphate (CMP) was chosen. According to certain research studies, silver ions bind to DNA transcription in the blocks, while in the blocks, they bind to the surface cells, affecting bacterial respiration and interfering with ATP generation. To ensure that biological molecules were in their lowest energy level, geometry optimization and frequency calculations were performed in the gas phase. Condensed Fukui functions are mathematical equations that define a molecular system's sensitivity to changes in its electronic density at various locations in its structure. A change in the number of electrons in a chemical reaction requires the addition or deletion of at least one electron in the frontier orbital [11,12]. Calculating Fukui functions allows us to determine a molecule's reactive sites based on the electrical density changes it experiences during a reaction. The distinction between nucleophilic and electrophilic Fukui functions was described as the dual descriptor for nucleophilicity and electrophilicity in terms of hardness variation with regard to external potential, allowing to characterise both reactive behaviours [13]. The site reactivity generated by diverse donor and acceptor groups of biological substances was predicted by the dual descriptor. The Fukui indices and dual descriptor results were condensed to reveal which atoms are most vulnerable to an electrophilic attack.

The effects of silver ion oxidation on the components of a bacterium were investigated in this study, with the examined amino acids serving as proteins, purine and pyrimidine bases serving as DNA, D-glucose and sucrose serving as carbohydrates, and palmitic and palmitoleic acids serving as lipids. The determination of the molecular structure and chemical reactivity parameters, as well as the complexes biological molecule-silver ion reactivity properties, are all part of the molecular characterization of biological molecules. Low chemical hardness levels show which constituent parts are more likely to give up electrons, resulting in an oxidation reaction. The process order is DNA>Proteins>Carbohydrates>Lipids, according to the findings. The HOMO orbital is found in all biological molecules, whereas the LUMO orbital is orbital is found in the silver ion, indicating there is a HOMO to LUMO electron transfer, suggesting an oxidation process. 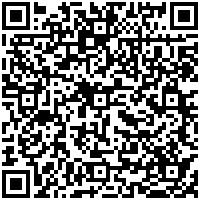