A simple, rapid and sensitive flow-injection chemiluminescence (FL-Cl) method has been developed for the determination of ketamine (KT) in urine; strong chemiluminescence (CL) signal was produced when KT was injected into the mixed stream of KMnO4 with Na2SO3 in acidic medium. Under the optimized conditions, the proposed method allowed the measurement of KT over the range of 5.0-600 ng mL-1 with a correlation coefficient of 0.9987, and the detection limit was 1.3 ng mL-1. The relative standard deviation for 50.0 ng mL-1 KT (n=11) was 3.2%. The optimal conditions for the detection of KT were eval

Ketamine [2-(2-chlorophenyl)-2-methylamino-cyclohexan-1-one] (KT), a general anaesthetic, was first synthesized in 1962 as an alternative to its analogue, phencyclidine [1]. Recently, mounting studies have shown that a sub-anesthetic dose of ketamine exerts rapid, robust, and lasting antidepressant effects in depressed animals and patients [2]. Furthermore, it was initially abused by medical personnel due to its hallucinogenic properties, and gradually became popular among young user population at dance and rave parties, being one of the recreational drugs known as ‘‘club drugs’’ [3,4]. Therefore, ketamine has been included in the screening list of illicit drugs and quantified with many other abused drugs [5,6].

Different analytical techniques including gas chromatography (GC) [3,7,8], electrochemical method [9], electrokinetic chromatography (EC) [10]，and high-performance liquid chromatography (HPLC) [11,12] have been employed for KT testing. These techniques are suitable for assay samples and exhibit good sensitivity for KT. However, GC often required chemical derivatization. EC and HPLC have the advantage of separating and quantifying different forms of folic acid and its derivations and minimum interference from enzymes but involve set up cost, a complex extraction, and purification procedure. The useful life period of the modified electrode is shorter. Chemiluminescence (CL) is a phenomenon in which chemically-generated molecules emit light in excited states. It has attracted considerable attention in a number of fields such as clinical research, biotechnology, pharmacology, environmental chemistry and food analysis [13-15]. The attractiveness of CL techniques lies in their simplicity, rapidity, high sensitivity, low cost of instrumentation and maintenance, and requiring no back ground light.

In this paper, it was found that KT could enhance CL signal of the KMnO4 with Na2SO3 and the CL intensity was dependent on KT concentration. Based on this phenomenon, a new, simple, and sensitive method was proposed for the determination of KT. In addition, a series of parameters affecting the CL were optimized, validation of the methodology and interferences were investigated systematically. The proposed method has been successfully used to detect KY urine samples with satisfactory results.

Flow injection chemiluminescences were performed with IFFL-D flow injection chemiluminescence analysis system (Xi’an Ruike Electronic equipment Corporate, Xi’an, China). The schematic diagram of the FI-CL analyzer is shown in FIG. 1. Reagent solutions were delivered by peristaltic pumps (P, working at a constant flow rate: 30 rpm) through three flow-lines. The mixture of KMnO4 and H2SO4 (1) and the Na2SO3 solution (2) were mixed through a three-way piece, and then reacted in a flow cell (C) with the sample solution which was injected into the carrier stream using an eight-way injection valve equipped with a 100μL sample loop. The enhanced CL signals were produced immediately and were recorded. The flow cell was a 10-cm long spiral glass tubing (2.0 mm i.d.) and the distance between injection valve and flow cell was about 20 cm. The fluorescence and absorption spectra were monitored using an F-7000 fluorescence spectrometer (Hitachi, Tokyo, Japan). The spectrofluorimeter was also adapted for the measurement of CL spectra.

Three urine samples were collected from the Department of Anesthesiology, The Third Hospital of Hebei Medical University. 2.0 mL of each sample were adjusted to pH 10 to11 with 2mol L-1 NaOH. Centrifuged at 4000 rpm for 10 min to remove precipitates, and then extracted with 2 ml of ethylacetate. The organic layer was evaporated to dryness under a stream of nitrogen gas. The dried extracts were dissolved in 2 ml of water for FL-CL analysis.

Kinetic characteristic of the chemiluminescence reaction

Before the FL-CL analysis was carried out, the CL kinetic characteristic of the proposed CL reaction of KMnO4-Na2SO3-KT was studied by using a static system. FIG. 2 showed the CL intensity-time profile. It was found that the rate of the present reaction was very fast, only 0.5s being needed from reagent mixing to the maximum emerging. It took only 3-4s from reaching the peak maximum to declining to the baseline level. It also showed that the CL intensity increased sharply in the presence of 100 ngL-1 KT as FIG. 2 (b) shown.

In order to investigate the reaction mechanism of chemiluminescence enhancement, the fluorescence spectrum of (a) KMnO4-Na2SO3; (b) KMnO4-Na2SO3-KT were detected using fluorescence spectrum, respectively (showed in FIG. 3). The CL intensity of the KMnO4-Na2SO3-KT system has a significant increase, but the two spectrums showed a similar range and profile. It suggested that these chemiluminescence reactions shared a common emitting species, which was SO2* species [16,17]. There is no new emitter produced in the reaction, the role of KT was only as an enhancement reagent. Therefore, it was indicated that KT did not change the mechanism of the CL reaction.

As a result, the chemiluminescence reaction process is assumed as following:

Effect of flow rate on CL intensity: The flow rate is an important factor which influences not only the analytical efficiency but also the sensitivity of the system. In order to achieve satisfactory emission intensity, the effect of flow rate on the CL reaction was examined in the range of 10-50 rpm. It was found that the biggest CL signal was obtained at a flow rate of 30 rpm. Too low or too high flow rates result in a decrease or even absence of CL in the flow cell and thus was employed in our measurements.

Selection of acid medium: The kinds and concentration of acid in the reaction system influence the chemiluminescence emission intensity. Therefore, four different acids including HCl, HNO3, and H2SO4 of different concentration in the range of 0.2-1.5 mol L-1 were tested, respectively. The results showed the best signal was obtained in H2SO4 medium, and the highest chemiluminescence intensity was produced when the concentration of H2SO4 was1.0 mol L-1. Therefore, 1.0 mol L-1 H2SO4 was selected for further research.

In order to assess the possible analytical application of the proposed CL system to samples, the influences of some common inorganic ions and a couple of relevant organic compounds on CL intensities were investigated for measuring 50.0 ng mL−1KT. Results in TABLE 1 show a fairly satisfactory selectivity of the method.

Table 1: The Response for a variety of potential interferences.

Three real urine samples obtained from the KT injected volunteers were collected after injected 4 h and the amount of KT were determined by the FL-CL method described above. Five replicate analyses were performed for each time points. To evaluate the validity of the proposed method, the recovery experiment of adding standard had been done at the same time. The results for the assay of KT were given in TABLE 2. It can be seen that the recoveries were found 96.6, 98.2 and 95.4% and the RSD were 3.4, 4.2, and 3.5, respectively.

In this paper, a FL-CL detection method was developed for the determination of KT. The presented method had a good sensitivity, precision and wider linear range, which allowed application in determination of KT in urine and biological sample analysis.

We acknowledge financial support from the Department of Health of Hebei province (20180117) and Foundation of Hebei science and technology Committee (1727728D). 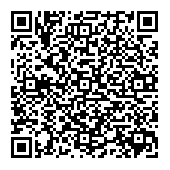