Using a transmission electron microscope and single-crystal silicon atomic force microscope probes in contact with diamond surfaces in vacuum, nano indentation and sliding experiments were carried out in situ. The works of adhesion after sliding that were measured experimentally were substantially higher than the values expected for pure van der Waals interactions. Furthermore, the works of adhesion increased with both normal tension and speed during the sliding, indicating that applied stress played a significant role in the interface's reaction. Complementary MD simulations were run to offer light on the atomic-level events that occurred during the research.

Using a transmission electron microscope and single-crystal silicon atomic force microscope probes in contact with diamond surfaces in vacuum, nano indentation and sliding experiments were carried out in situ. The works of adhesion after sliding that were measured experimentally were substantially higher than the values expected for pure van der Waals interactions. Furthermore, the works of adhesion increased with both normal tension and speed during the sliding, indicating that applied stress played a significant role in the interface's reaction. Complementary MD simulations were run to offer light on the atomic-level events that occurred during the research.. Two important phenomena were proven in simulations employing crystalline silicon tips with variable degrees of roughness and diamond substrates with varying quantities of hydrogen termination. Covalent bonds formed across the interface first, with the amount of bonds produced influenced by the substrate's hydrogen termination, tip roughness, applied stress, and the stochastic character of bond formation. Second, for initially rough tips, sliding motion and the application of shear stress resulted in an increase in irreversible atomic-scale plasticity, which tended to smoothen the tips' surfaces, resulting in an increase in adhesion. Sliding, on the other hand, roughened some of the initially smooth points. The empirically determined works of adhesion match the intrinsic van der Waals work of adhesion for an atomically smooth silicon diamond contact obtained from MD simulations in the limit of low applied stress. The findings offer mechanistic explanations of sliding-induced alterations of interfacial adhesion, which could be useful in applications involving adhesive interfaces that are exposed to sliding to applied shear forces and displacements.

Friction, wear, lubrication, and adhesion are all part of everyday life and have a significant economic impact on industry and research. In tribology, silicon and diamond are two crucial materials, particularly in small-scale applications. Silicon is the most widely utilised material in the semiconductor and Micro Electromechanical Systems (MEMS) industries. Silicon offers potential for application in MEMS; however, because to reliability concerns arising from adhesion, friction, and wear challenges, only a few MEMS devices exploiting contacting surfaces have been commercialised. The development of reliable MEMS devices that require contacting surfaces during their manufacture or operation, such as the digital mirror device and MEMS switches, has necessitated proper tribological engineering that takes stickiness into account. Diamond is the hardest substance known to man, with extremely minimal friction and wear. As a result, diamond is a vital material to research for applications that require great strength and wear resistance, such as machining tools, mechanical seals, MEMS switches, and AFM probes. In these applications, as well as in the precision manufacture of silicon- based products utilising diamond tools, contact between diamond and silicon can occur. In this paper, we present the findings of in situ Transmission Electron Microscope (TEM) Nano indentation tests of silicon Nano asperities sliding on a flat diamond surface. After sliding the Nano asperity along the surface at a specified normal load and speed, adhesion is measured. The usual contact stress and sliding speed are found to have a significant impact on the measured adhesion. MD simulations of silicon probes with varied degrees of roughness in normal and sliding contact with diamond surfaces provide atomic-level insight into the adhesion, plasticity, and tribochemistry that is presumably occurring in the experimental research. Overall, the MD simulations suggest that tip sample covalent bonding is a realistic mechanism for explaining the experimental result of adhesion values above the van der Waals limit over a broad range of values. The magnitudes of the adhesion increases reported in simulations, however, are not as large as they are in tests. There are a few key variations between the simulations and the tests that could explain why the models don't capture the same level of covalent bond formation as the observations. For starters, trial duration is many orders of magnitude longer than simulation duration.. Due to processing constraints, simulations are limited to less than a millisecond. The time duration of the experiments/simulations is important since covalent bonding is a stochastic process that requires enough elapsed time to have a statistically significant impact. Second, the roughness, hydrogen termination, and tip size of the contacting surfaces all have a role in the creation of interfacial bonds during the sliding process. The exact atomic-scale nature of the surfaces utilised in the tests cannot be determined. Third, the number of interfacial covalent bonds existing at the point of tip retraction is affected by sliding distance and sliding speed. The MD sliding speeds must be several orders of magnitude quicker than in experiments due to computational constraints. The experimental methods utilised in this work is incapable of obtaining the speeds used in simulations, which are on the order of metres per second. It is not advised to generalise conclusions regarding the speed dependence of covalent bonding in experiments from simulation results, as it is entirely possible that such high speeds sample a separate regime of adhesion speed dependence. Furthermore, and perhaps more critically, experimental speeds were varied over a two-order-of-magnitude range, much exceeding the relative speed variation considered in the simulations. Because there are so few interfacial connections formed during sliding, the simulations' speed range is unlikely to be large enough to identify any consistent adhesion tendencies. 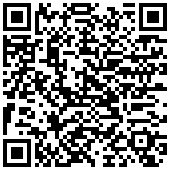