Climate Change and Its Effects on Environment

Human activity has degraded the earth’s atmosphere severely. It has drastic effect on land and ocean area. The quicker change in earth’s atmosphere is due to anthropogenic pollutants. It has several impacts on human health and livelihood. The change in earth’s atmosphere is due to change in glacier mass which is due to global warming. Uncontrolled forest fire also one of the cause of increase of greenhouse gases in the atmosphere. The melting of Glaciers in last 100 to 200 years is due to addition of greenhouse gases to the earth’s atmosphere. The melting of glaciers have great impact on human population. They are at risk of flood, drought, and deficiency of drinking water and loss of biodiversity. Due to global warming it is expected that the global temperature will rise to 1.4°-8° by the end of 20th century. Another projection shows that increase in temperature of 4 would eliminate all the worlds’ glaciers. In past 100 years the global mean sea level has been rising at an average rate of 1 to 2 mm annually. Hence it is highly needed to know the cause and effect of global warming and glacier melting so that we can save our earth.

Ice act like a protective cover over the earth and ocean. It helps to keep the planet cool by reflecting excess heat to the space. It has been found that about 10% of land area on earth is covered with ice and 90% in Antarctica. Glaciers are the most visible evidence of climate change. Glaciers not only contribute in the rise of sea level but also accumulate and release pollutants. Due to industrialization and human interference the concentration of greenhouse gases in the atmosphere is increasing which is the primary cause of global rise of temperature. As a result of greenhouse gases the world’s average temperature has increased 0.3 and 0.6 over the past 100 years. There is expectation of global average temperature increase by 1.4 to 5.8 in 2100. Global warming will affect human health, economy and the ecosystems upon which humans and other species depends. Nationwide efforts to be carried out to save our earth.

Highlights of the global warming impacts studied by various scientists

Arctic amplification: Arctic sea ice plays an essential role in ecosystems. Its melting may render many species homeless. Study found that most polar bear populations are at risk of dying out by 2100 because of a loss of sea ice. As global temperature rise and more sea ice melts it may cause more disastrous. In a recent study by [1] have warned that Arctic sea ice could be non-existent by 2035. Researchers found that during the warm interglacial period, intense spring time sunshine created pools of water as ice melted. These melt water pools because more ice to melt. Most of the sun rays and energy are absorbed by the water due to climate change, warming more ice contributing to a phenomenon known as Arctic amplification. The study carried out by [2] observed that the global temperature will rise more 0.43 by the end of 2016, Jonathan Over peck a climate scientist said that the Arctic warms much faster due to increase in level of carbon dioxide and other greenhouse gases in the atmosphere and this leads to melting of ice and increase of wild fire. Warming is leading to a rapid meltdown and increase in wild fires. The record increase in global temperature is 8 above average.

Antarctica is considered one of the Earths largest, most pristine remaining wildernesses. The study by Dr Bernard Coetzee and team (2020) [3] claimed that the human impact on Antarctica is increasing especially in ice free and coastal areas where most of its biodiversity is found. The team of researchers are able to show how extensive human use of Antarctica happened between the years 1819 and 2018. This work will help to conserve the biodiversity. The study by scientists show that high emission of greenhouse gases leads to ice loss in Antarctica which in turn rise the sea level 30 cm by 2100,with Greenland contributing an additional 9 cm. The rise in earth’s temperature of 1 will raise 2.5 m sea level in Antarctica and more three degrees rise in temperature may lift oceans 6.5 m. This increase in temperature would have a negative impact on human being. It will have also great impact on coastal city like Mumbai.

Glaciers melting in Jammu, Kashmir: A group of researcher [4] studied the glaciers in Jammu and Kashmir. The satellite data reveals that glaciers in Jammu, Kashmir and Ladakh are melting at a significant rate. According to the data over 1200 glaciers in the Himalayan region shows reduction in mass of 35 cm from 2000-2012. The researchers continuously monitoring the melting of glacier and reduction in mass of glaciers in different regions. They observed that the melting of glacier is a continuous process. Due to unavailability of satellite data it is not possible to record continuously. The researchers observed that the region has lost about 70.32 gigatonne of glacier mass in one decade. The scientists revealed that the cause of melting is due to increase in temperature and decrease in precipitation. This is due to emission of greenhouse gases from industries and burning of fossil fuels. The continuous melting of glaciers has adverse impact on economic condition of the region.

Impact of climate change on Himalayan glaciers: Tayal and Sarkar (2019) studied the impact of climate change on Himalayan glaciers and energy security of country. They noticed that the climate change has strong impact on melting of snow and glaciers and precipitation over Himalayas. This in turn affects the runoff patterns of rivers of that region [5]. These rivers are the main source of livelihood for the 500 million people inhabiting in Gang etic plain. They also support many industries of that area. They also influence the economy of the region by producing energy sources. It helps in production of hydro and thermal energy through dams and power plants. Due to global warming and emission of greenhouse gases the temperature is increasing which in turn melts the glacier and changes flow pattern of rivers in Himalayan region that can have adverse impact on energy security of country. India, one of the biggest investors in renewal energy in the world is always concerned to tackle global warming. Temperature plays a dominant role in influencing the glaciers in Himalayan region. Glaciers in Himalayan region are influenced by Indian and Asian monsoon. It is decreasing from west to east and from eastern Himalayas to west [6-8].The diversity of climate across the region have different pattern of glacier response across different river basins [9-13].The variation in temperature and melting pattern of ice in Himalayan region is studied by many scientists [14-15].

World Meteorological Organization (WMO-2020): The World Meteorological Organization (WMO-2020) [16] states that the La Nina event is not enough to counter act the impact of human induced climate change. Due to the impact of climate change the global temperature will increase despite of a La Nina weather phenomenon. The result of greenhouse effect will be extreme weather ranging from scorching temperature and wild fires to devastating floods and marine heat waves. A major international study concluded that sustained greenhouse gas emission could see global see levels rise nearly 40 cm this century as ice sheets in Antarctica and Greenland continue to melt.

Emission drop and its impact on climate change: Piers Forster (2020) studied the emission drop and its impact on climate change. The lockdown due to pandemic situation has slowed down the emission of greenhouse gases to the atmosphere but it has no effect on climate change. Due to government restrictions the emission of greenhouse gases from industries, automobiles and fossil fuels has reduced to 8% in 2020.The study shows that during lockdown period the pollutants like carbon dioxide and nitrogen oxide also reduced in between 10% and 30%. Hence it can reduce 0.01 of warming by 3030. The 2015 Paris climate deal commit to reduce the emission and limit temperature rise to below two degree Celsius. It has been decided to maintain the temperature to 1.5. In order to keep 1.5 global emissions must fall 7.6% annually this decade. In this regard India has announced 2070 as its net zero cut-off. India has also made significant commitments to boost its non-fossil energy capacity to 500 GW by 2030, and that year ensuring that half of its energy needs are met through renewable sources. Hence rigours steps to be taken to cut down emission of greenhouse gases.

In the past thousand years the earth’s climate fluctuates. It has experienced warming and cooling. Global warming has serious concerned and it should be discussed among scientists. Warming is one of the factors for faster melting of mountain glaciers. The slow rise in sea level is caused by thermal expansion of oceanic water and melting of ice. All this happens due to emission of greenhouse gases especially CO2. CO2 is the worst enemy of environment. So we should reduce the use of appliances that release CO2. India has launched a new climate equity website. As the sixth largest economy and the fourth largest source of greenhouse emissions, India’s concerns are critical to the future of the global warming debate. It is a simple fact that developed countries have contributed to a vast majority of emissions which triggered global warming. Climate equity is the first step towards climate justice, towards an era where a fair distribution in responsibility and resource spending is allocated to countries that have contributed for a long time to global emissions on that basis [17]. 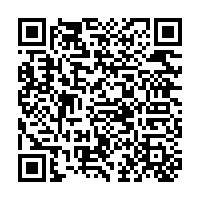