Scientists and others are gravely concerned about the abrupt rise in the atmospheric concentration of carbon dioxide. Obviously, reducing CO2 will be excellent for saving the planet in the future, but the main disadvantage to implying this is the growing population and its associated possessions. Even though the Covid-19 pandemic briefly lowered CO2 levels in the last two years, levels are still at an all-time high. It is obvious that the ecosystem and biodiversity are greatly impacted by this high concentration. To put the globe on the correct track by reducing the CO2 concentration, every nation must take immediate action. Developed nations have adopted intention to close coal-fired power stations and begin construction of renewable energy facilities. China has said that it will double its military spending as soon as September 2020

Adoption of more forceful policies, national autonomous contribution, and taking steps to become carbon neutral by 2060. Additionally, we have implementing the Sustainable Development Goals (SDG) in order to create a better place to live. Additionally, we must seriously consider putting a "carbon tax." Although it's still up for debate how to carry it out in a progressive in doing so, it will undoubtedly aid in lowering CO2 emissions. In order to lessen the emission of greenhouse gases into the environment, carbon dioxide chemistry techniques like Carbon Capture and Utilization (CCU) and Carbon Capture and Storage (CCS) are receiving a lot of attention lately. The advantages of using CO2 as a feedstock are its abundance, natural occurrence, lack of toxicity, and low cost. As a quick substitute for current manufacturing based on petrochemical feedstock, the expedient production of chemicals from CO2 can lead to effective and affordable paths to the current chemical intermediates and products, making a significant contribution to social sustainability. However, due to its thermodynamic stability and kinetic inertness, activation of CO2 poses a significant difficulty, thus appropriate methods are needed to convert it into usable compounds.

The conversion of CO2 to significant chemicals occurs in nature through a variety of well-known enzymatic processes, including the reduction of CO2 to CO (carbon monoxide dehydrogenases), formic acid (formate dehydrogenases), or methyl group (-CH3) in a tetrahydrofolate-THF mediated process, among others. Chemists are looking for synthetic counterparts as a result of these enzyme processes. For instance, it is known that transition-metal catalysts may effectively hydrogenate CO2 to produce formic acid, CO, methanol, etc. by thermal transformations. However, it has also been accomplished and used commercially to fix CO2 using reactive substrates such epoxides, alcohols, amines, alkynes, and alkenes to create new C-O, C-N, and C-C bonds. These thermochemical processes frequently call for high pressure and harsh reaction conditions, though, which inevitably impede practical use. Electrocatalysis and photocatalysis, in contrast, can be viewed as a low-cost, abundant, and sustainable energy source. As a result of this, the conversion of CO2 into carbon monoxide, formic acid, methanol, methane, etc. has received a lot of interest. Similar to how new C-C or C-Heteroatom bonds are formed to make hydrocarbon fuel, so too are precious and industrial chemicals. A new yet significant process in the fine chemical industry is the N-formylation of amines with CO2 and hydrosilanes. A methyltrioctylammonium cation stabilised Nb-oxocluster catalyst can efficiently reduce CO2 by two electrons using PhSiH3 as a reducing agent and build a C-N bond at the same time, which produces formamides. With the use of renewable electricity, electrochemical CO2 reduction has recently received increasing attention as a possible approach for achieving the net zero target. 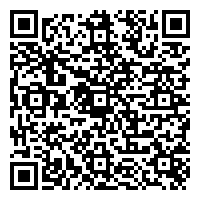