Assessment of the Levels of Toxic and Essential Metals in Fish, Water and Sediment Samples from Argungu River, Kebbi State

Heavy metals may occur in aquatic environments from natural processes and from discharges or leachates from several anthropogenic activities [1]. The contamination of natural waters by heavy metals negatively affects aquatic biota and poses considerable environmental risks and concerns [2]. Monitoring programmed and research on heavy metals in aquatic environments samples have become widely important due to concerns over accumulation and toxic effects in aquatic organisms and to humans through the food chain Contaminants can persist for many years in sediments, fish in both freshwater and marine systems where they hold the potential to affect human health and the environment [3]. Sediments are an important sink of a variety of pollutants, particularly heavy metals and may serve as an enriched source for benthic organisms [4] especially in estuarine ecosystems. Metals may be present in the estuarine system as dissolved species, as free ions or forming organic complexes with humic and fulvic acids. Additionally, many metals e.g. Pb associate readily with particulates and become adsorbed or co-precipitated with carbonates, oxide, hydroxides, sulphides and clay minerals. Consequently, sediments accumulate contaminants and may act as long-term stores for metals in the environment [5]. Exposure of sediment-dwelling organisms to metals may then occur via uptake of interstitial waters, ingestion of sediment particles and via the food chain [6].

Sample was collected from Jakara dam which is located at Minjibir Local Government Area Kano State-Nigeria. The different species of fish were collected from the study site of the dam by fishermen. The entire sample, were collected due to availability of samples of fish of consumption. The collected fish samples are (tilapia fish, cat fish and lung fish) were properly labelled, packaged and transported to the laboratory for identified and preparation and analyses. Also sediment and water samples were collected in the same site with fish in Jakara dam.

Sediment samples were collected using stainless steel soil anger to collect core samples at a 15 cm soil depth for each water in serves 5 core samples randomly taken were homogenized in a plastic bucket and composited. (Amodor 1998)The sediment samples were taken and air dried crushed and sieved using 2 mm mesh. The samples were kept in a plastic container and labeled accordingly [7]. The samples of available fish species are (tilapia fish, cat fish and lung fish) in jakara dam minjibir were purchased from fishermen at the dam site. They were properly and carefully washed and cut into pieces.

Water samples were collected using 4L plastic container and fetch the water at the designated point rise by 0.1N nitric acid and keep in deep freezer for of the time for analyses.

2 g of sediment samples were digested with 5 ml of HNO3 15 m l HCL and placed on a lot plate at 100⁰C for 3 hours after cooling the digest was filtered into a 100 ml volumetric flask and made up to the mark with distilled water.

2 g of Gills, Bones, and flesh samples separately digested with 5 ml HNO3 15 ml HCL and place on a lot plate at 100⁰C for 3 hours after cooling the digest was filtered into a 100 ml volumetric flask and made up to the mark with distilled water.

Water samples were evaporated from 4l ml to 250 ml was also digest with 5 ml HNO3 15 ml HCL on hot plate at 100˚C for three hours after cooling the digest was filtered into volumetric flask made up to the mark with distilled water.

Atomic Absorption Spectrometry (AAS) is an analytical technique that measures the atoms of different elements. Absorb characteristics wavelengths of light. Analyzing a samples to see if it contains a particular element means using light from that element for example with lead, a lamp containing lead emits light from excited lead atoms that produced the right from mix of wavelength, to be absorbed by any lead atom from the sample, in AAS, the sample is atomized- i.e. converted into grown state free atoms in the vapor sate and a beam of electromagnetic radiation emitted from excited lead atoms is passed through the vaporized samples. Some of the retention is absorbed by the lead atom in the samples the greater the number of atoms there is in the vapor, the more radiation is absorbed. The amount of light absorbed I proportional to the number of lead atoms. A calibration curve is constructed by running several samples a known lead concentrate in the unknown samples consequently an atomic absorption spectrometer needs the following three components. A light source, a sample cell to produce gaseous atoms and means of measuring the specified light absorbed. 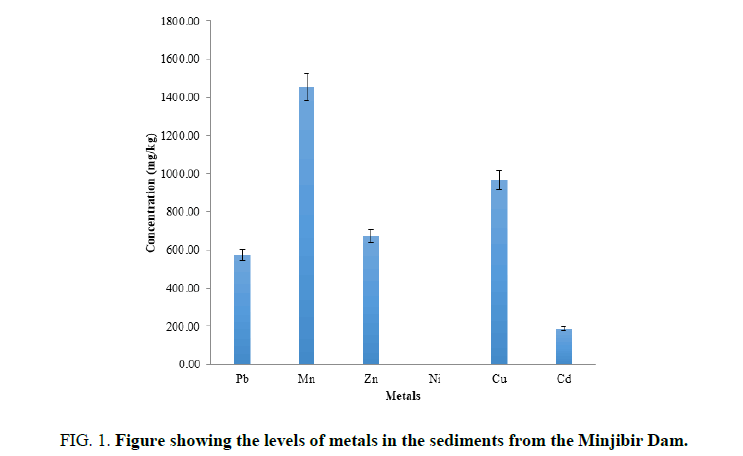 Figure 1: Figure showing the levels of metals in the sediments from the Minjibir Dam.

FIG. 2 showed that the mean concentration of heavy metals in water samples in Jakara dam, Minjibir. And the metal concentrations are in this orders Cu>Mn>Zn> Pb>Cd>Ni. And when compared with WHO [8] recommendation in water, all the elements were above the standard levels the observed levels could be contamination of the water by industrial and municipal waste into to the water. The higher concentration levels of these heavy metals could be attributed to anthropogenic source arising from solid and liquid wastes discharged by cottage industries located in the area. Ni has the least concentration in the water, while the levels order was found to have changed when compared to the sediment, with Cu, being higher than Mn. 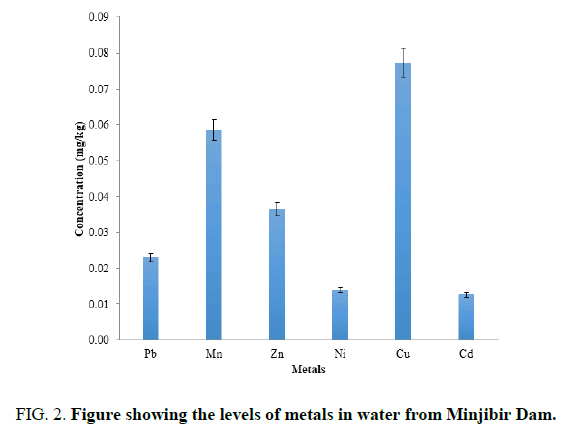 Figure 2: Figure showing the levels of metals in water from Minjibir Dam.

FIG. 3 shows the levels of metals in the gills of catfish obtained from the minjibir dam. The metals are in the order Zn>Cu>Pb>Ni>Mn>Cd. The elements are above of WHO [11] recommended levels implying that the fish posed immediate hazard to people consuming them. The sample however recorded significantly higher concentration levels when compared other studies show [12] the Zn levels in the gill is much higher than the levels found in the water and sediment of the same site. This shows that catfish accumulates the metal more than the water and sediment. 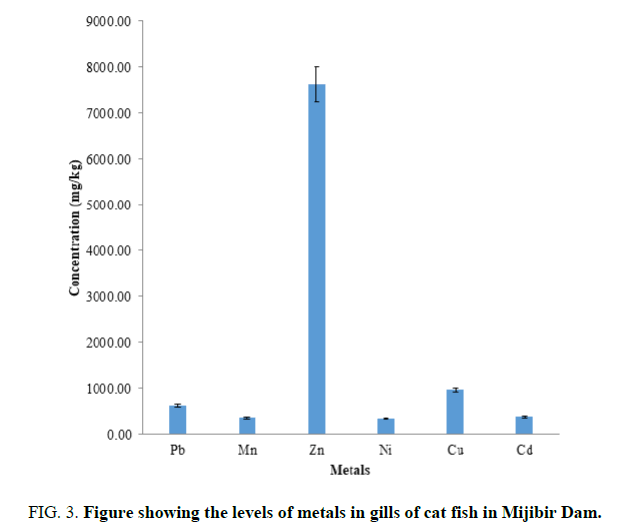 Figure 3: Figure showing the levels of metals in gills of cat fish in Mijibir Dam.

FIG. 4 shows the mean concentration of heavy metals determined in bone of catfish and are in this order Mn>Pb>Cd>Zn>Ni>Cu. Mn has no limit as by WHO in the bone of catfish but research by Sani [12] showed high levels of Mn. The toxic metals determined were higher than the WHO limits ,thus the bones of catfish from this dam should not be consumed.it is observe that most of the Pb is stored in the bones than other part of fish body. This is good since people do not consume fish bones. 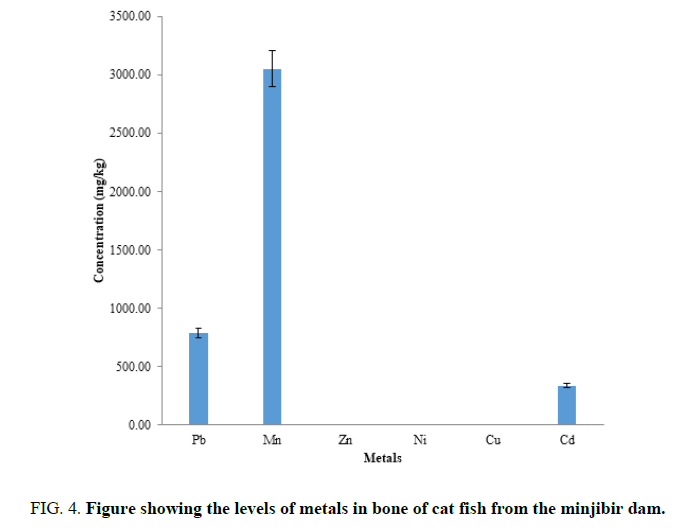 Figure 4: Figure showing the levels of metals in bone of cat fish from the minjibir dam. 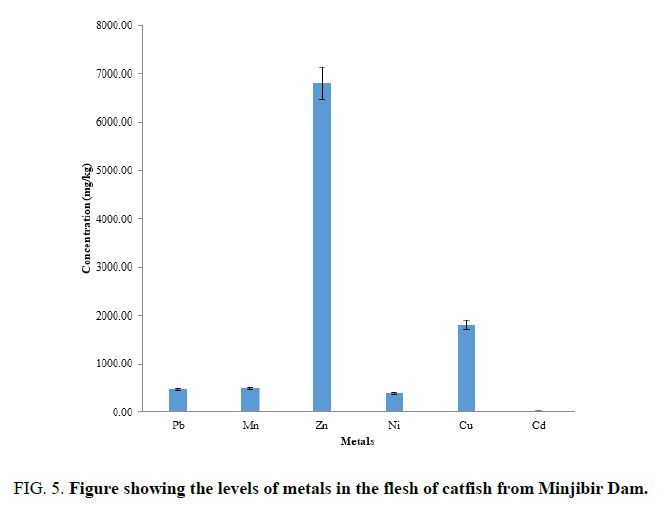 Figure 5: Figure showing the levels of metals in the flesh of catfish from Minjibir Dam.

FIG. 6 shows the mean metals concentrations in the gills of tilapia and are in the order Zn>Mn>Cu>Cd>Pb>Ni. The higher level of Zn observer in this work is similar to what [13] was reported when compared to WHO level of the Zn is extremely high. The consumption of fish with high Zn levels could result to intestinal irritants, nausea and abdominal pain while prolonged exposure could result in copper deficiency and subsequent anemia [14]. 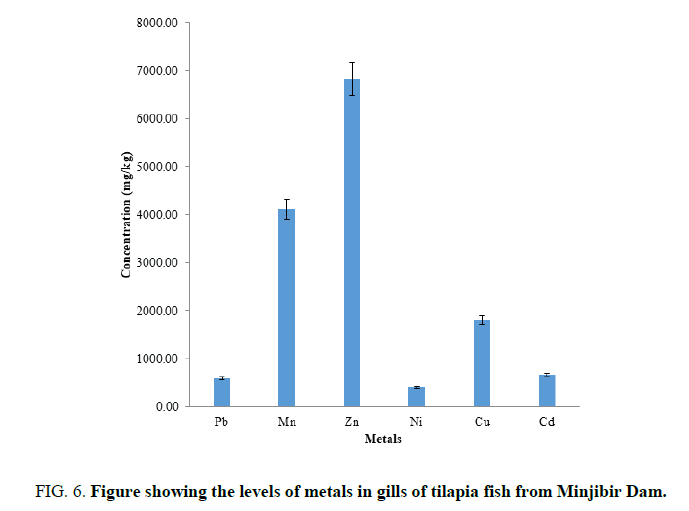 Figure 6: Figure showing the levels of metals in gills of tilapia fish from Minjibir Dam. 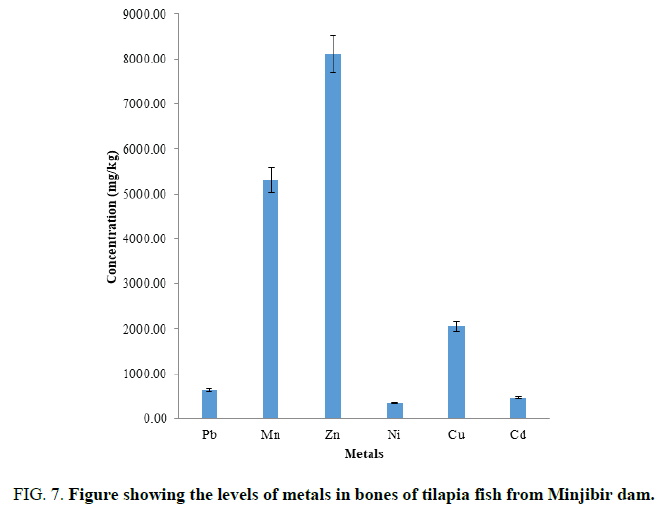 Figure 7: Figure showing the levels of metals in bones of tilapia fish from Minjibir dam. 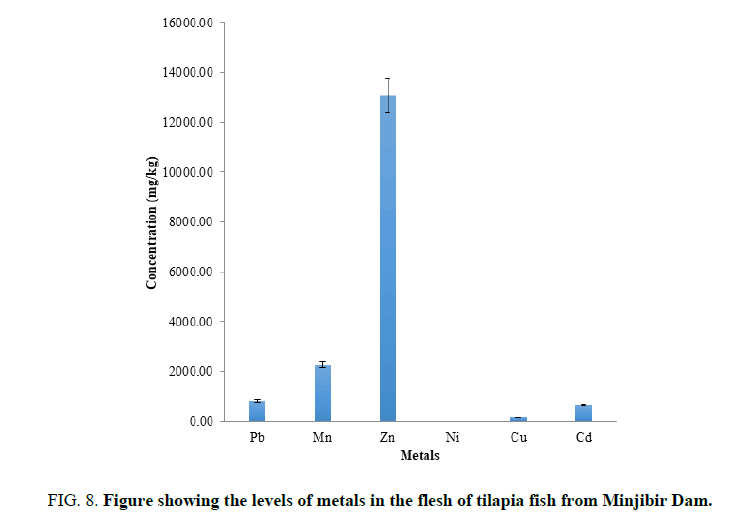 Figure 8: Figure showing the levels of metals in the flesh of tilapia fish from Minjibir Dam. 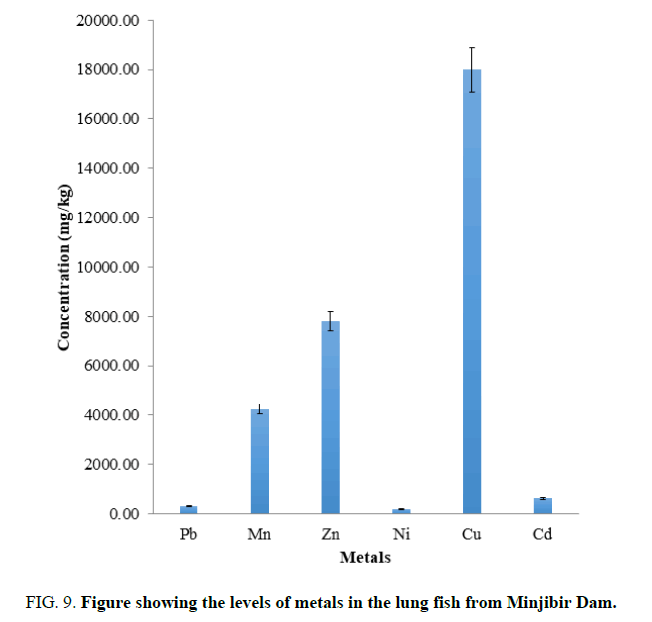 Figure 9: Figure showing the levels of metals in the lung fish from Minjibir Dam. 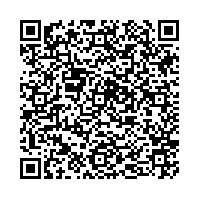