This research studied the interactions and effects of low frequency audible sound waves with the germination and growth of pea seeds. Experiments were conducted in 3 aspects, seed germination time, weight gain of seeds and stem elongation. It was identified that the frequency range from 660 Hz to 680 Hz has detrimental effects on germination, weight gain and stem elongation. It was also found that the radiation has direct effects on the production of enzymes in the plant system namely alpha amylase.

Audible frequency consists of the range from 20 Hz to 20000 Hz, these sound waves travel through medium as compressions and rarefactions in the air. It’s been known to mankind from the old ages that sound has effect on the minds of human beings and animals. Keeping this in mind, the old learned people of India had classified the specific frequencies and frequency groups and paved way to the system of raga (or raag) in which a specific raga is associated with a mood it can induce in human beings and animals. It is known even today that ragas can directly induce a mood change in a listener, but what we don’t know is the actual mechanism behind it.

Another area that invites interest is how these sounds can affect plants. Most of the researches in the area of interference of electromagnetic waves in plants were done in the Low frequency ranges or the Microwave range and very few are done with the audible range like Vanol and Vaidya 2014, Measures and Weinberge 1969, Cai et al. 2014, Weinberger and Measures 1978. Some of the studies experimented in the range from 1000 Hz to 2500 Hz which showed the different ways plants reacted to different frequencies [1]. Studies have also showed that the use of music improves crop yield and quality in plants such as tomato, vegetables, and barley [2-4] used audible sound waves to stimulate more than 50 different crops and studies its effects.

In this study we try to understand the effect of specific frequencies on the seed germination rate of pea plants and try to identify what effects are seen by exposing Cowpea (Vigna unguiculata) seeds to low frequency sound and observe the results.

Instrumentation used to radiate the seeds with low frequency sound waves consisted of an audible frequency generator, an amplifier and a speaker (impedance matched with the amplifier output). Multiple frequencies where used to test the efficiency of the waves to enhance or reduce seed germination. The tested frequencies where in the range of 600 Hz to 700 Hz with a difference of 5 Hz with an intensity of 80 dB. The frequency generator was set to produce sine waves with a phase of 0° in the tested range and the seeds where radiated with the sound waves for 72 h.

The Seeds where collected from field (Wayanad, Kerala India) from this year crop and washed and dried and kept under standard seed storage conditions till use.

Sterile petri dishes layered with 3 sterile blotter sheets were used as the bed for incubating the seeds. Each plate consisted of 9 seeds arranged around the plate edges and in middle. Triplicates where used to account for standard error. The plates where incubated under standard light conditions in room temperature (25°C ± 1°C).

One set of plates where kept under the sound field and the other was kept without the fields interference and both the plates where equally moistened in equal intervals using sterile distilled water by dripping with sterile dropper.

The seeds were observed in the interval of 12 h to check for germination, a seed was considered germinated if the seed embryo axes protruded more than 1 mm [1].

Growth tests were conducted in the experiment, the mean lengths in cm of the growth from seeds were measured after 72 h and the mean of the length was calculated.

Assay was carried out using a crude enzyme extract prepared from the seeds by thoroughly grinding 10 g of sample in 20 ml of 0.01 M Tris buffer (pH 7.5) in a chilled mortar. The extract was then filtered using Whatman no.1 filter using a vacuum filtration system, the solution obtained was centrifuged at 10000 rpm for 15 min to obtain the crude enzyme preparation which was used for the assay.

Analysis of amylase enzyme was done as per the method described by Shuster and Gifford [5]. Starch solution was prepared by dissolving 67 ug starch in 100 ml 0.06 M KH2PO4, 1 ml of this solution was mixed with 0.5 ml H2O and pre-incubated at 25°C for 10 min, 0.5 ml of the crude enzyme preparation was added and after 20 min 1.0 ml KI-I2 reagent was added. The mixture was diluted, and the OD was measured at 620 nm. Boiled enzyme was used as control.

Effect of audible sound waves on the germination of Cowpea seeds

Germination time of the radiated seeds and controls were recorded in the 72 h with equal intervals and were compared to identify the effects. From Figure 1, it can be seen that the seeds radiated (treated) with the audio frequency of 660 Hz to 680 Hz showed up to 55.56% inhibition in germination in the given timeframe on comparison with the control. It was also noted that after 72 h also there was not much signs of germination with most of the radiated seeds. However, it was seen that after 96 h time, once the sound wave radiation was removed the seeds started germinating within 24 h time. It could be inferred that the sound waves were not completely destroying the seeds germination, but it was showing a static effect on the germination of the seeds.

It was seen from previous works [1] that the lower frequency of sounds (in the range of 1000 Hz) could increase the time required for germination and higher frequencies can induce faster germination [1], but a static effect on germination was not previously reported in Vigna unguiculata. Significant effects where noticed in the range of 660 Hz to 680 Hz only.

Effects of audible sound waves on the growth of Cowpea seeds

Growth tests were performed in two ways, measurement of the total stem growth after 72 h of exposure and the total weight of the grown seeds after 72 h of radiation with the sound waves. The results of these are given as graphs below (Figure 2 and 3). 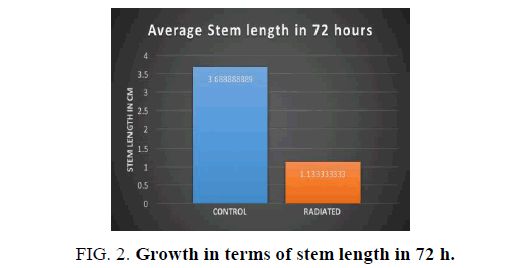 Figure 3: Growth in terms of weight gain of seeds in 72 h.

A three-fold difference in stem length can be seen between the radiated seeds and the control seeds (Figure 2). Weight gain of seeds in 72 h shows similar effect were the radiated seeds gained less weight compared to the control seeds as shown in Figure 3. Sound waves were able to bring down the growth in terms of both the stem length and the weight gain of the seeds.

Presence of amylase enzyme in the seeds after and before radiation

After 72 h, the non-radiated control seeds enzyme activity was compared against the radiated seeds, boiled enzyme preparation served as control. The seeds radiated with low frequency sound waves showed approximately 60% less amylase activity on comparison with the non-radiated seeds (Figure 4). This coincides with the results of low germination and very low stem growth. Hampered production of amylase could lead to lower germination rates and lesser stem lengths as the conversion of starch to glucose which is most essential for the germination and initial growth of the plant will take place slowly with less amount of amylase present in the system.

It is evident from this work as well as the previous researches [1,6-9] which discussed the effects of sound waves on germination and growth of seeds that there exists a correlation between the sound frequencies and the way plants and seeds react to it. This could very well prove sound waves are capable of producing a physical reaction in the plant system that the amylase enzyme production was reduced which was also shown by previous works [7]. It was also seen by previous works [1,6,9-12,] that sound frequencies can also enhance the germination rate of seeds and growth of plants. This gives space for deriving an equation that can define the relationship between frequencies and its positive or negative effects on plant cells, however such an endeavour requires furthermore study in this regard. Data from this research shows that, the low frequency vibrations coming from industries and from stone quarries could adversely affect the germination and growth of plants, heavy machines and vehicles also produce low frequency sound waves. Unknowingly so far, through these sounds we have negatively affected the plant life. This could very well be a reason why plants don’t grow well even after proper care in urban and industrial areas. Furthermore, this system of reducing germination can be applied in seed storage systems to reduce the chances of unexpected germinations, as the seeds were viable after the removal of sound radiation it could well be used for seeds for long term storage for farming as well for future use.

Authors are grateful to research scholars of the Eco Biotech Lab, University of Mysore, Mysore, Karnataka, India for their help and support during the research work. 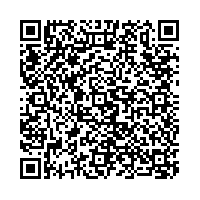