Genetic mutations that alter telomerase function or telomere maintenance cause a group of disorders known as telomeropathies. This broad group of illnesses, which includes dyskeratosis congenita, pulmonary fibrosis, and aplastic anemia, is distinguished by excessively short telomeres, which frequently end in hematopoietic stem cell failure in the most severe forms. Recent research has concentrated on elucidating the molecular underpinnings of many disorders. Mutations in the telomerase catalytic TERT and TR subunits reduce activity, while others, such as those found in the telomeric protein TPP1, reduce telomerase recruitment to the telomere. Mutant telomerase-associated proteins TCAB1 and dyskerin, as well as the telomerase RNA maturation component poly(A)-specific ribonuclease, all have an effect on telomerase maturation and stability. We discuss the current molecular knowledge of telomeropathies and highlight experimental evidence that show how genetic mutations cause telomere shortening and dysfunction in these patients. This review integrates findings from clinical and molecular studies to provide a comprehensive picture of the underlying mechanisms that cause these disorders. We highlight recent therapeutic advancements and identify disease-associated variations whose mechanisms of action are still unknown. Finally, we recommend future research directions that will help us better understand telomere biology and illness. 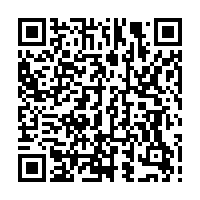