Liquid chromatography (LC) technologies currently provide the most relevant information on both average values and distributions of molecular characteristics? Synthetic macromolecules have a molar mass, a chemical structure (composition), and a physical architecture (topology). GPC/SEC, or gel permeation (size exclusion) chromatography, is often used to determine the molar mass of macromolecules. Steric exclusion, based on changes in conformational entropy of coiled macromolecules entering the pores of the column packing, is the basic retention mechanism. However, in the presence of a fluctuating second or even third molecular characteristic, GPC/SEC cannot provide information regarding the polymer molar mass. The entropy controlled retention mechanism is paired with the interaction retention mechanisms to simultaneously identify two molecular features of a complex polymer such as copolymers or polymer blends Adsorption, or the distribution of a solute between a solid surface and a volume of its solution in a mobile phase, is the most prevalent interaction retention mechanism used in linked LC procedures. Adsorption is usually caused by polar interactions between active sites on macromolecules and on the column packing surface, which are influenced by the polarity of the eluent and, less frequently, by temperature. Bare silica gel is an acceptable stationary phase. Absorption (enthapic partition), the distribution of a solute between the volumes of the mobile and stationary phases, is another LC retention mechanism. The chemical attachment of suitable groups, usually C18 alkyl groups, onto a carrier, primarily silica gel, produces the practically applicable volume of LC stationary phase. Both adsorption and enthalpic partition retention processes are used in practise, either isocratically or with a mobile phase whose composition changes with time. All enthalpy-based events in LC columns are accompanied by considerable changes in conformational entropy of macromolecules, resulting in a mix of enthalpy and entropy-based processes in all coupled polymer LC operations.

Synthetic polymers are subjected to two-dimensional liquid chromatography, or 2D-LC. The similarities and differences of two-dimensional liquid chromatography of low-molecular-mass and polymeric compounds are discussed. The reason for using 2D-LC to analyse macromolecular compounds is examined. Basic information on retention mechanisms in synthetic polymer liquid chromatography is provided. Coupling of retention mechanisms is explained in terms of its principles, rationale, and significance. The ensuing separation procedures are explained, as well as the technical concepts behind the associated experimental setups. The advantages of 2D-LC are discussed, as well as the method's various flaws and difficulties. Figure A schematic illustration of the contour plot of the 2D-LC separation results. Three constituents make up a complicated polymer system, each with its own composition and molar mass distribution. Colour is used to represent sample concentration, with concentration increasing from blue to yellow.

At 35 °C, two separate liquid chromatographic critical ranges were discovered using non-end-capped silica gel C-18 column packing, poly (methyl methacrylate)s (PMMAs), and mixed eluents including acetonitrile (ACN) and toluene. PMMA surface adsorption on free silanols was inhibited by ACN, which encouraged enthalpic partitioning of polymer species in favour of a solvated C-18 bonded phase. Toluene, on the other hand, enhanced PMMA adsorption on silanols and reduced its enthalpic partition in favour of the C-18 phase. It was feasible to manipulate both of the above enthalpic retention processes separately by changing the eluent composition. As a result, at one eluent composition, a critical adsorption range was reached with a negligible or minor influence of enthalpic partition, and in eluent-suppressing adsorption, compensation of enthalpic partition and exclusion retention mechanisms was achieved. In this approach, the existence of surface adsorption and enthalpic partition as two similar but distinct enthalpic retention mechanisms in high-performance liquid chromatography of polymers was indirectly demonstrated. Adsorption and enthalpic partition often function in concert, either synergistically or antagonistically, and this can have a significant impact on polymer separation selectivity. 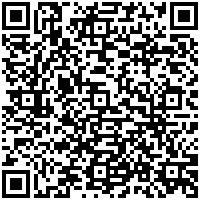