The 1918 Spanish Influenza Pandemic ravaged the world just over 100 years ago. The flu was caused by a bacterial strain of the H1N1 influenza virus. The virus infected about a third of the world's population, killing between 50 million and 100 million people. The outbreak prompted scientists to research antiviral treatments and vaccines to combat the virus. The first inactivated influenza vaccine for civilians would not be made available in the United States until 1945. Several other influenza pandemics, including those in 1957 (H2N2), 1968 (H3N2), and 2009 (H3N2), also occurred despite the vaccine (H1N1pdm). The genetic code of the original 1918 H1N1 virus was used in all three outbreaks. These additional strains highlight the risks of viruses and the challenge of antiviral therapy. 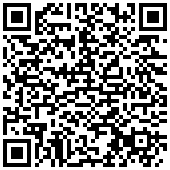