From waste to energy, a domestic solution of cooking oil treatment

The ever increase of energy consumption across the world is booming significantly. This has led to fossil fuels to dwindle. The increase in population and fuel-based machinery, acts as an extra burden since the traditional fuels are non-renewable and non-sustainable. In addition, these fuel-based energy sources damage the environment. For such reasons, the industries are looking for alternative sources of energy, mainly focusing on renewable energy such as solar, wind, hydro, tidal and geothermal energy. Another less common source of renewable energy is Biofuel. What distinguishes Biofuel from other sustainable energy sources is that Biomass can be converted directly in a liquid form which is usually used for transportation desires. The most popular types of Biofuels are Biodiesel and an alcohol called Ethanol. Biodiesel possesses similar properties to fossil fuel diesel but is non-toxic, produces lower level of pollutant emissions compared to fossil fuels and is considered biodegradable. Thus, Biodiesel production and research is gaining paramount importance and has become one of the fastest growing alternative fuels across the globe. Namely the U.S. biodiesel consumption increased from nearly 0.25 billion gallons in 2010 to nearly 2.00 billion gallons in 2017 (U.S. EIA). On the other hand, since biodiesel is a clean fuel made from vegetable oils, fats, or greases its production also contributes to the recycling on these waste oils and greases. The subject of this contribution is the design of a domestic machine transforming WCO to Biodiesel. This multidisciplinary topic is presented from the chemical and mechanical standpoints. The former emphasizes on carrying the most adequate chemical process to end up with the correct biodiesel blend. Whereas the latter deals with the actual design of a storage and reactor tanks with a optimization of the mixing process through modeling and simulating mixing using ANSYS Fluent for different impellers design. 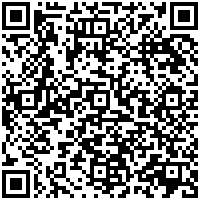