The pyrazole moieties of Pyridine (P1) and Benzoic Acid (P2) derivatives were produced and tested as mild steel corrosion inhibitors in an acidic condition. Electrochemical Impedance Spectroscopy (EIS), potentiodynamic polarisation, and weight loss measurements were used to assess the results. SEM, UV-Vis, and X-Ray Photoelectron Spectroscopy (XPS) spectroscopies were used to evaluate the surface morphologies of the control and steel samples coated with the pyrazole derivatives P1 and P2. Minor modifications on steel surfaces were discovered before and after immersion in a 1M HCl solution. P1 and P2 both function as mixed-type inhibitors. The carboxyl group that is placed at the para position to the amino group in the Benzoic Acid derivative (P2) demonstrated a greater effectiveness than P1, which might be attributed to the carboxyl group that is located at the para position to the amino group. The amino and carboxyl groups have a direct electrical resonance as a result of this. As a result, the carboxyl group's electron density increased, and the carboxyl group's attachment to the metal surface became stronger. The bonding of both pyrazoles on mild steel surfaces follows the Langmuir adsorption isotherm, according to the results. 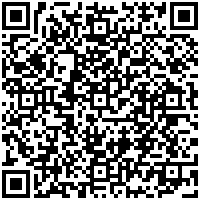