Imidazoles and triazoles are two types of azole antifungals that have the same mechanism of action. Imidazoles have a two-nitrogen azole ring and are mostly used topically; triazoles, which have three nitrogens in the azole ring, have largely replaced them for systemic delivery. Triazoles have a better pharmacokinetic profile than imidazoles and do not impede human sterol production appreciably. They've been around for almost 30 years. Fluconazole, itraconazole, voriconazole, and posaconazole are among triazoles that will be reviewed in depth. The first azoles used in clinical practise were fluconazole and itraconazole. Newer azoles like voriconazole and posaconazole have been developed to overcome fluconazole's low efficacy against Aspergillus and other moulds, as well as to improve itraconazole's absorption, tolerability, and drug interaction profile. The structural similarities between voriconazole and fluconazole and posaconazole and itraconazole are striking. The cytochrome P450 enzyme 14-asterol-demethylase is inhibited by triazoles 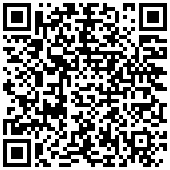