Benzimidazoles (heterocyclic aromatic compound consists of a benzene ring fused with imidazole) [1], are involved in variety of biological processes [2-5]. They are of interest, since reported that the substitution at 1, 2 and 5 positions is very important for pharmacological actions [6]. Benzimidazole scaffold is considered as a useful structural motif for the development of therapeutic agents that display a broad spectrum of pharmacological activities. Many DNA minor groove binders containing one or more imidazole show effective anticancer and antiparasitic activities [7]. Bis-benzimidazole derivatives Zn(II) [7], Co(II) [7], Cu(II) [8] complexes have been reported. The monomeric and polymeric benzimidazole and malonic acid mixed-ligands complexes of Co (II) and Cu (II) have been prepared and their structures discussed [9]. The X-ray crystal structure of [Cr2 (2gb)4(µ-OH)2](ClO4)4.5H2O (2gb = 2-Guanidinobenzimidazole) showed the presence of two 2gb moieties and a symmetric (µ-OH)2 bridge [10].

The 2-(2-aminophenyl)-1H-benzimidazole (Hab) may behave as a bidentate ligand through its aniline group assisted by the imidazole nitrogen. In the free ligand a strong H-bond indicates the natural site for metal ion coordination [11]. This feature is also confirmed by the X-ray crystal structure of [Ni(Hab)2(H2O)2](NO3)2, [Ag(Hab2]NO3, [Zn(Hab)Cl2] and [Zn(Hab)2(H2O)](NO3)2 [11-14].

Adenine is one of the two purine nucleobases (the other being guanine) used in forming nucleotides of the nucleic acids. In DNA, adenine (A) binds to thymine (T) by two H-bonds to assist stabilizing nucleic acid structures, while in RNA, adenine (A) binds to uracil (U). Adenine was early prepared from polymerization of ammonia with hydrogen cyanide [15]. Adenine complexes with Mn(II), Fe(II), Co(II), Ni(II) and Cu(II) ions have been reported [16,17]. In addition, the octahedral complexes [M(CA)2(Had)X2] {M(II) = Co, Ni, Cu, Zn, CA = caffeine, Had = adenine, X = SCN} have been synthesized and investigated [18]. The X-ray structure of [Cu(acac)2(Had)].EtOH complex reveals a square-pyramidal geometry, with acetylacetone occupies the equatorial positions while adenine is in the axial position and is coordinated through the N7 atom [19].

Moreover, linear chainlike polymeric complexes of Had with the first row transition elements have been isolated [20]. The Xray crystal structure of the complex [(CH3Hg)2(ad)].CH3CH2OH has been established [21]. Mixed Pt(II) adenine derivative complexes, [Pt(L)2(ox)], [Pt(ad?)2(ox)] (ox = oxalate, L = 2-chloro-N6-(benzyl)-9- isopropyladenine derivatives) have been reported and the X-ray structure of [Pt(2,4-diOMeL)2(ox)].2DMF proved slight distorted square?planar geometry, coordinates through the N7 atom of adenine moieties [22].

It is interesting to turn our attention to investigate the reaction of bifunctional N,N-donors (FIG. 1) , 2-(1Hbenzimidazol-2-yljN3) aniline-N (Hab) and adenine (Had) with the biocompatible Zn(II) ion, which can be utilized to minimize the toxicity, as it is familiar with the biological environment of the human body.

All reagents and solvents were purchased from Alfa/Aesar and all manipulations were performed under aerobic conditions using materials and solvents as received. DMSO-d6 was used for the NMR measurements referenced against TMS.

Elemental analyses (C, H, N) were performed in the Microanalytical Unit, Department of Chemistry, Cairo University. Zinc contents were determined by complexometric titration. Infrared spectra were recorded on a Nicolet 6700 Diamond ATR spectrometer in the 4000- 200 cm-1 range. NMR spectra were measured on Varian Mercury 200-, 300- and 500- MHz spectrometer, in DMSO d6 using TMS as reference. Mass spectra (ESI-MS) were recorded using LCQ Duo and double focusing MS25RFA instruments, respectively. Electronic spectra were recorded in DMF using a Hewlett-Packard 8453 spectrophotometer. Thermal analysis measurements were made in the 20? 1000o C range at a heating rate of 20o C min-1 using Ni and NiCo as references, on a on a TA instrument TGA model Q500Analyzer TGA-50. Molar conductivity measurements were carried out at room temperature on a YSI Model 32 conductivity bridge.

The 1H NMR spectrum of free Had exhibits sharp singlets at d 8.30, 8.25 and 7.38 ppm attributed to H2, H8 and NH2, respectively. The broad singlet d 13.00 ppm is due to N9-H proton. In complex (1), N9-H proton signal is missed indicating the coordination of Zn(II) to N7 after deprotonation of N9 [35], while the NH2 signal is shifted clearly upfield (d 7.00 ppm), indicating the complexation of ad- through the deprotonated N-7 and amino N-atoms in bidentate manner.

The 1H NMR spectrum of Hab shows sharp singlets at d 12.65, 7.24 ppm due to NH and NH2, respectively. A group of doublets and triplets in the range of d 6.63-7.84 ppm is attributed to the aromatic protons. In complex (2), a clear downfield shift in both NH2 and aromatic protons signals is observed indicating the coordination through amino and imidazole N-atoms in neutral bidentate behavior (TABLE 2).

The UV-Vis absorption spectra of Had, Hab, bpy and their Zn(II) complexes in DMSO were recorded at room temperature. The absorption spectra of the free ligands show band near 270 and 333 nm, which are due to ?????* transitions of phenyl ring and H-bond induced changes of amine NH (intraligand CT), respectively [36,37]. The spectra of the complexes show band in the 350- 370 nm range can be attributed to MLCT (to the ??* orbital of bpy or phenyl ring) [36,37].

The mass spectral data of the complexes show molecular ion peaks are in agreement and confirmed their assigned formulae. The observed fragmentation patterns are corresponding to successive degradations of the molecule with stepwise ligand loss.

The thermogravimetric (TG) technique was applied to study the thermal stability and degradation behavior of the reported Zn(II) complexes. The observed mass-loss stages were arising from the elimination of hydrated water, coordinated water and/ or Cl2, and O2, followed by decomposition of the ligand units [34,36,39]. The weight loss observed below 130ş C is due to dehydration; as the color changed to be deeper [33,34].

Zn(II) complexes with multi-dentate N,N-donors {adenine (Had) and 2-(1Hbenzimidazol-2-yl-N3)aniline-N (Hab)} were preparation and their structures were discussed based on physico-chemical measurements. The complexation of Had and Hab, Zn(II) ion is four-coordinating tetrahedrals. 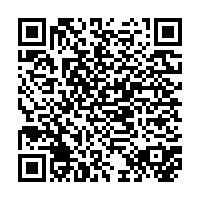