The majority of the kinetic energy budget and the majority of the vertical velocity in the ocean are captured by Balanced Movements (BM) and Internal Gravity Waves (IGW). It is difficult for BM to contribute to both problems at time periods of less than a day since BM are IGW hidden. We described the implementation of a dynamical filter to research the BM regime that distinguishes the two types of motion. A high-resolution global simulation was employed in this work to examine the winter and summer seasons, the Eastern Boundary Currents. Our findings support the recovery of BM dynamics over short time scales with emphasis on the diurnal cycle in winter is feasible due to local stratification, which precludes a considerable vertical excursion of the, and its damping in the summer. Our filter opens up new avenues for a more precise assessment of any tracers' vertical exchanges at any level of the water column. Additionally, it could be a useful tool for research on wave-turbulence interactions in computer-simulated oceans

Since they contain substantial regions of net primary production, Eastern Boundary Currents (hereafter EBC) have attracted attention. Because wind moves equatorward alongshore on the EBC, Ekman dynamics move nutrient-rich water to the mixed layer, feeding the base of the trophic chain, which explains why a significant amount of the world's fisheries occurs in these areas. In contrast, Internal Gravity Waves (IGW) contributes more to the total kinetic energy in EBC than Balanced Movements (BM) in Western Boundary Currents. In addition, low-frequency alongshore wind relaxation produces an undercurrent that follows the continental slope and moves polward. In this paper, we examine the four major Eastern Boundary Currents. We exclude additional areas like the Australian or Indian Eastern border currents since their size and geographical characteristics make them not that comparable to the four EBC described above, namely the California, Canary, Peru-Benguela, and Benguela currents. While bathymetric conditions such the Walvis ridge on the former lead to the formation of powerful internal waves regardless of the season, the later experiments a high disturbance that is located near the Canary Island Archipielago, which accounts for the majority of the variances. Resulting in notable mesoscale phenomena such multiscale, energetic eddies. Although there are distinctions in the large-to-medium scale, it is unclear which sub-mesoscale properties are shared by the four active systems. Varied movements have different effects on the ocean's Kinetic Energy (KE) budget. Inverse KE cascades with KE fluxing from sources toward bigger scales are the predominant KE phenomena in BM. Mesoscale eddy turbulence is maintained by this cascade. In contrast, IGW and the IGW continuum in particular undergo a direct KE cascade with KE fluxing toward smaller scales, ultimately leading to irreversible mixing. Sub-mesoscale oceanic currents are essential in the BM regime because the upward movement of heat and tracers in the upper ocean. Most often, these movements take place in the mixed layer, where secondary circulations develop as a result of lateral density gradients brought on by larger-scale fluxes. Additionally, modelling studies have highlighted the fact that sub-mesoscale BM can change over time scales shorter than one day, helping to double the amplitude of the vertical heat flow. The fact that BM and IGW have comparable temporal and geographical scales is a crucial consideration when examining these rapidly developing sub-mesoscale currents in the presence of an internal gravity field. Each also has distinct dynamical characteristics. The former experiment explores the idea that the vertical interchange of physical variables in the upper ocean is significantly influenced by Sub-mesoscale-Balanced Movements (SBM). The latter focuses on calibrating and establishing the reliability of high spatial resolution SWOT Sea Surface Height (SSH) measurements. The current work intends to better record the geographical and temporal properties of BM and IGW in the Eastern Boundary Currents in advance of future tests by utilizing numerical simulations. This research project aims to investigate the temporal variation of BM in the sub-mesoscale regime in the EBC. However, the EBC present a further obstacle to Ro1 is the so-scale phase in the EBC. In contrast to other more energetic ocean regions, the EBC present an additional challenge to the analysis of sub-mesoscales because, especially in the summer when higher stratification enhances the presence of internal waves, kinetic energy from IGW dominates and tends to obscure other dynamical regimes. There have been initiatives to split BM and IGW apart. Most recently, used various techniques to identify a transition scale where motions smaller than it are referred to as sub-mesoscale and bigger motions are taken into account on the regime of mesoscale or greater scale. Such methods are better suited for situations in which only data from devices with a poor temporal resolution are available. As it turns out, the fundamental shortcoming of approaches along the same lines is that, regardless of the fineness of the considerations to compute a transition scale, filtering sub-mesoscale BM with a single horizontal scale would necessarily contain internal gravity waves. Furthermore, depending on the phenomena being studied, IGW may be a significant source of noise, especially in areas where IGW predominates, like the EBC, making it difficult to always identify a transition scale .We followed constructed a dynamical filter in the frequency-wavenumber domain based on the allowed tides and the tenth baroclinic normal mode IGW dispersion relation in order to more effectively distinguish BM and IWG.

The Eastern Boundary Currents in the BM regime are better understood because to this work. A description of BM's temporal development inside these currents was made. We created a dynamical filtering-based criterion to distinguish IGW from BM, even in the presence of high-frequency sub-mesoscale BM, in order to accomplish our goal. We also found the air-sea coupling components that had the greatest influence on short time scale movements, specifically the diurnal variations in the eddy viscosity brought on by ocean surface heat flow. 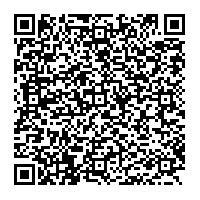