China's environmental pollution has been progressively worse in recent years. There is a significant energy issue as a result of the use of fossil fuels. Alternative sources of clean, renewable energy have been sought for, including geothermal, solar, wind, and tidal power. However, the widespread use of these intermittent energy sources has been hampered by a lack of suitable energy storage technology. With an abundance of renewable energy, hydrogen is seen to be a potential clean energy that may be utilized to break down water in an electrolytic cell. The fuel cell reaction, which includes the cathodic Hydrogen Evolution Reaction (HER) and the anodic oxygen evolution reaction, is reversed in Electrocatalytic Water Breakdown. The high cost and unavailability of electrolyzes, however, prevent their widespread industrial use. It has taken a lot of work to create non-noble metal catalysts for the evolution of oxygen and hydrogen. Transition metal-based compounds such carbides, nitrides, phosphides, sulphides, and selenides have been investigated as potential electrode catalysts for these processes. Their durability and catalytic activity, however, are still inferior to those of precious metals.

The production of non-2D micron aggregates can be prevented by coating the surface of the boric acid crystal with a composite of ammonium molybdate and gelatin and optimizing the ratio of ammonium molybdate, boric acid, and gelatin. Boric acid is transformed into boron oxide through calcination at 900?. The simultaneous heat breakdown and carbonization reaction convert the ammonium molybdate and gelatin complex on its surface into molybdenum carbide nanoparticles. Carbon nanostructures in two dimensions can also be created from gelatin. Gelatin can generate coordination compounds by complexing with metal ions since it is mostly made up of amino acids with various structural variations

After being refluxed with deionized water, boron oxide is completely dissolved in hot water and may be recycled through the process of recrystallization, which significantly lowers the cost and pollution of the manufacturing process. The porous anodic aluminum oxide substrate beneath the two-dimensional composite nanostructure can be seen clearly through it, indicating that its thickness is on the order of a nanometer. Molybdenum carbide nanoparticles were consistently dispersed in two-dimensional carbon nanostructures and were around a nanometer in size, according to examination done using a transmission electron microscope. The molybdenum carbide nanoparticles exhibit a typical single crystal structure, as determined by High-Resolution Electron Microscopy research, with a crystal plane spacing of 0.238 nm, which corresponds to the crystal plane of molybdenum carbide. These electrochemical hydrogen evolution reaction catalysts exhibit excellent performance due to the following factors:

More adsorption sites for the intermediate products in the hydrogen evolution reaction process may be provided by defect sites on the surface of carbon materials as a result of the doping of boron and nitrogen heteroatoms in the carbon structure. The electrical structure and hydrogen adsorption capability of molybdenum carbide may also alter as a result of its interaction with the material.

The hollow NiCo-LDH/Co9S8 mixture that was synthesized. Uses the pseudo crystal transformation approach to produce outstanding stability and electrochemical performance. Produced composite double shell Nano cages with high electrical performance as battery electrodes from several coMOFs. Cobalt-based 2D ultrathin metal-organic framework Nano sheets were created using ion-assisted solvent heat treatment utilizing Zif-67 as a precursor. These nano sheets demonstrated good oxygen evolution activity in an alkaline electrolyte. MoO3-MoS2 nanowires with core-shells were created in Ajith, A.'s study employing equiangular orthomorphic molybdenum disulfide shells with a diameter of 2 nm to 5 nm and MoO3-x with a diameter of 20 nm to 50 nm. The advantages of molybdenum trioxide and molybdenum disulfide may be fully utilized by the nanowires, and they can also significantly lessen their own flaws. This type of two-dimensional nanocomposite structure exhibits platinum-like catalytic activity when used as an electrochemical hydrogen evolution catalyst in alkaline electrolyte, which has better reaction kinetic characteristics and better stability, as a result of the significantly improved structural stability, electrochemical reaction activity, and charge mass transfer kinetic rate.

On the basis of renewable biomass, a type of molybdenum carbide/boron nitrogen cooped two-dimensional carbon nanocomposite catalyst for hydrogen evolution process was created. These materials are made of incredibly thin two-dimensional carbon nanostructures that have been boron nitrogen cooped and contain Nano molybdenum carbide particles. The catalyst demonstrated platinum-like catalytic activity, a superior electrochemical reaction kinetic rate, and good reaction stability during the electrochemical evolution of hydrogen under alkaline circumstances as a result of its distinct structure and composition. Cheap renewable biomass is utilized as a raw material in the material preparation process, and the layered crystal template (boric acid) can be regenerated using a straightforward mild green water washing evaporation crystallization method, increasing the technology' potential for large-scale manufacturing 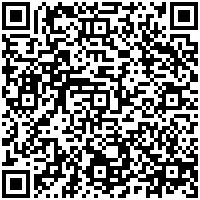