Green algae Ulva lactuca from Dakar coast (Senegal) were analysed using Inductively Coupled Plasma Mass Spectrometry (ICP-MS). Microwave acid digestion was also employed for metals (As, Mn, Ni, Co) determination. Dakar coast usually receives numerous domestic and industrial discharges without prior treatment. The contents of nickel were, in all cases, higher than other metals. However, green algae Ulva lactuca present themselves as effective bio-monitors when assessing marine aquatic pollution by contaminants in Dakar coast. Pearson's correlation shows that most of the four metals studied have significant correlation coefficients at the 0.01 level. ANOVA analysis allows concluding that significant differences were found between algae from different sampling points during different season. In all cases, the April samples have a higher content than those collected in January, August and December.

The increase in pollutants in estuaries and oceans, in particular that of heavy metals, has prompted numerous studies in different parts of the world. These studies investigated the accumulation of trace metals in algae [1]. Algae play an important role in the functioning and balance of all aquatic ecosystems. They also participate significantly in the economic activities of certain countries [2,3].

Dakar is an important urban center situated in the Atlantic coast of Senegal (Africa) and, besides the port, account with diverse industrial units largely involved in the manufacture, storage and use of chemicals, petrochemicals, agrochemicals, etc. [4]. Important discharges both treated and untreated coming from these industrial activities together with other anthropogenic inputs (coastal tourism, fishing activities, etc.) dumping to the Dakar coast can threaten the aquatic ecosystem [5,6]. For these reasons, some scientific studies have been developed in the zone to become aware of the situation, but any of them have been done about heavy metals contamination in marine algae.

It seemed important to us to carry out research on the levels of metals in seaweed to avoid possible contamination of the population. The main objective of this work is to evaluate the content of metals (As, Mn, Ni, Co) in green algae samples of Ulva lactuca from Dakar coast. These results provide essential information to assess the state of pollution of the study area and the impact of various human activities on the marine environment.

Heavy metal determination was carried out by Inductively Coupled Plasma Mass Spectrometry (ICP-MS). A domestic microwave oven (Moulinex, 900 W power) was used for microwave heating. A 45 mL capacity Parr reactor (model 4782) was used for acid digestion of all analysed samples. A ball-mill (Retsh, model S100) equipped with a 250 mL capacity agate cup was used for grinding the algae samples. A nylon sieve (70 μm) was used to homogenize the particle size of the samples.

All reagents employed were of analytical reagent grade and all of them were supplied by Merck. High purity water (Millipore Milli-Q System) was used throughout. Pearson correlation coefficient was employed for the better understanding of relationship between the concentrations of various metals by using statistical package of IBM-SPSS (version 19). The ANOVA analysis was used to understand the variation in the concentration of heavy metals studied compared to algae samples taken from the study area.

Analysis Dakar region is located on the Cape Verde peninsula and covers an area of 550 km², or 0.28% of the national territory. It is between 17° 10' and 17° 32' West longitude and 14° 53' and 14° 35' North latitude. It is limited to the east by the region of Thies and by the ocean Atlantic in its northern parts, West and South. The study area is characterized by high human pressure estimated at 3.529.300 inhabitants, intensive fishing activity and several bathing areas; however, also receives domestic and industrial waste from the city of Dakar and surrounding industrial zones. This pollution is materialized by an ocean considered as a wastewater discharge, bays receiving water from the wastewater evacuation channels [7,8].

In FIG. 1 are shown the sampling points in the corresponding localities. Green algae were sampled at four stations selected on the coast of Dakar. The choice of sites is based, in addition to the presence of algae, on the proximity of the effluent discharges, in order to assess their pollutant flow and their impact on the receiving marine environment [9]. The description and nature of the wastewater outlets are summarized as follows:

• Municipality of Hann (M2) houses a textile factory, as well as factories processing marine products and the east channel draining wastewater to the sea

• Port of Dakar (M4) is currently active with frequent transshipment of oil. From there depart the pipelines that supply various oil companies of the capital

Figure 1:Location of sampling sites algae along the coast of Dakar (Senegal).

All marine algae were collected in each sampling position shown in FIG. 1 between January, April, August and December 2020. The collected algae were stripped of their epiphytes and debris adhering to their thalli and then placed in plastic bags. In the laboratory, the algae are dried at 40°C for 72 h. The dried seaweed is then crushed to obtain a fine powder which will be used for mineralization [10].

The mineralization of algae samples for heavy metals determination was performed by acid digestion using a microwave procedure. A portion of dry algae samples (about 0.15 g) was weighted and placed in the PFA vessel of the Parr reactor and 4 mL of nitric acid (65%) were added. The vessel was closed and heated in the microwave oven during 2 minutes at 450 W of power. After cooling, the reactor was opened and 1 mL of hydrogen peroxide (30%) was added to complete the sample decomposition by heating again during 1 minute at the same power. Finally, the resultant solution was quantitatively transferred into a 25 mL volumetric flask and diluted to volume with ultrapure water. The final solution was stored, at 4°C, in stoppered glass bottles until analysis by ICP-MS. The corresponding blank solution was prepared in a similar way but without any sample added [11].

Characteristics of seawater on the coast of the city of Dakar during the January-December 2020 campaign are reported in TABLE 1. The average values of the physico-chemical parameters (pH, temperature, salinity and conductivity) are given for a series of four measurements and their relative standard deviation. 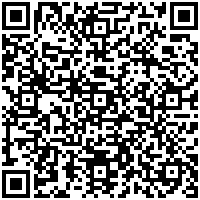