Resistance of bacteria and fungi to widely used antimicrobial medicines has elevated to a serious public health issue in clinical settings. The paucity of good preventative measures and the scarcity of efficient medications are factors contributing to this global medical issue. When it comes to bacteria and fungi, the idea of multi-drug resistance might occasionally be linked to the excessive use and misuse of traditional antimicrobial medicines.

As therapeutic agents, metal complexes are increasingly and often utilized to treat a variety of human ailments, including infection, diabetes, anti-inflammatory problems, and neurological abnormalities. In medical organic chemistry, there is now a great deal of interest in the synthesis of metal complex-based pharmaceuticals to take advantage of novel research, therapeutic, and diagnostic potential. Sulphonamide derivative metal complexes are used for a variety of biological, antibacterial, and antifungal purposes. Such complexes are employed in corrosion and catalysis, as well as the medical, analytical, and industrial fields. However, the study of metal-drug complexes is still in its early stages, making it a significant challenge in current synthetic chemistry. On the other hand, many organic drugs, which have modified pharmacological and toxicological properties administered in the form of metallic complexes, have the potential to act as ligands. The resulting metal-drug complexes are particularly important science both in coordination chemistry and biochemistry.

Sulphonamide nuclei with pyridine-based ligands have been observed in a variety of biochemical processes that are utilized to create and refine molecular systems with biological and therapeutic significance. Sulpha medicines have drawn particular interest due to their therapeutic value because they were used to treat a variety of bacterial illnesses, including cancer, malaria, leprosy, and tuberculosis. N-(salicylidene) sulphadiazine, ketene N,Sacetal-substituted sulphonamide, 4-(benzylideneamino) and 4- (benzylamino)-benzenesulphonamide derivatives, 4-amino-N-(5-methyl-3-isoxazolyl)-benzenesulphonamide, N-(quinolin-8-yl)-4- chlor 2-substituted phenyl-2-oxo, 2-hydroxyl, and 2-acylloxyethylsulfonamides, as well as 3-oxo-3-(2-phenylhydrazinyl) propanoates. In medicinal chemistry, sulphonamide with a heterocyclic aromatic core has a high value. This is because most medications available on the market have antibacterial properties that have been confirmed by studies.

This foundation serves as the basis for the paper's description of the coordination behavior of sulphonamide, which was produced when toluenesulphonyl chloride interacted with 4-aminopyridine to chelate certain transition metal ions like copper (II) and iron (II) ions. The study analyses some microorganisms' biological activity in more detail.

Toluenesulphonyl chloride and 4-aminopyridine (C5H6N2) were chosen as precursors because they include crucial functional moieties for the aromatic pyridine and benzene nuclei. Both moieties in drug chemistry can stimulate electrophilic and nucleophilic reactions under various circumstances. Due to its use in perfume, scents, dyes, pharmaceuticals, and other products, it is a crucial intermediary in the chemical industry as well as in firms that produce medicines. Due to the creation of a therapeutic molecule containing multifunctional components (such as a pyridine ring, benzene nucleus, and sulphonamide) that has a wide range of uses, it is also a significant shift in medicinal chemistry.

For the ligand, Fe (II), and Cu (II) complexes, it was discovered to be 13.2 cm-2 mol-1, 14.7 cm-2 mol-1, and 16.2 cm-2 mol-1 , respectively. The data show that all of the complexes are devoid of anions outside of the coordination sphere. So, this imply that the molecules created are not electrolytic. Based on a 50% to 80% yield, the synthesis of sulphonamide and its metal (II) complexes were successful. The ligand's molecular ion peak from the ESI-MS study was 249.1, but the expected molecular weight of the ligand was predicted to be 248.3. For the complexes of iron (II) and copper (II), the molecular weights are 553.4 and 560.8, respectively. The FTIR and NMR analyses verified that the molecular mass determined by the ESI-MS analysis was in agreement with the predicted suggested product. A variety of physicochemical characteristics and analytical techniques were used to generate and analyze heterocyclic sulphonamide derivatives of 2-aminopyridine and their complexes. The sulphonamide derivative was not active against the bacterial and fungal strains tested, but its sensitivity increased when coordinated with particular metals, according to tests of these compounds against harmful microorganisms. Chemical and pharmaceutical scientists may learn a lot from the techniques used and the molecules generated. The produced molecule ought to be evaluated against different infections, according to the advice. This finding demonstrated that some of the six microorganisms that were tested at 1000 mg/mL were vulnerable to the produced chemicals. The ligand and its complexes were inactive at others. 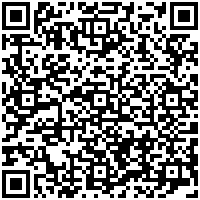