Heat as a Cause of the Global Climate Warming

Experimental statistical equations are proposed for calculating the results of fossil fuel combustion. The calculation is illustrated by the example of fuel combustion by engines of a Boeing series aircraft. The main supplier of energy to the ecological system of planet earth is the sun. Mankind produces about 1% of the thermal energy that comes from the Sun to the earth's surface in one hour. It is expedient to reduce global warming by 1.5 -2.0 degrees by installing a "solar umbrella" in the stratosphere a filter for infrared (thermal) radiation from the sun.

Production of thermal energy: Chemical reactions can elapse with absorb heat (endothermic) or release heat (exothermic). One of the founders of thermochemistry Hermann Hess formulated its laws in the first half of the 19th century. Heat producers are only interested in exothermic reactions. Reference books have been compiled for a long time, in which data on the heating value of fuel are collected. These data are used in the design and operation of thermal and nuclear power plants, internal combustion engines and so on [1].

In the first half of the 20th century, methods of experimental statistical modeling began to be created, which made it possible to move from a qualitative description of the results of an experiment (observations) to an analytical description in the form of equations. The combination of thermochemistry methods and experimental statistical modeling made it possible to propose equations for calculating the amount of heat generated during the combustion (oxidation) of fossil fuels and the chemical compound of the fuel in terms of the amount of heat produced [2,3].

Fuel of organic nature releases heat in the course of the oxidation reactions called burning. Quite another nature is possessed by nuclear fuel, the employment of which to produce heat and electric power was only mastered in the second half of the 20th century. Nuclear fuel releases energy as a result of fission of the nuclei of uranium-235, a uranium isotope. The primary reason for the use of any type of fuel is the production of thermal energy.

Combustion of a carbon containing fuel is a process of oxidizing the oxidizable components of the fuel by the atmospheric oxygen (23.2% by mass). The products of burning a carbon containing fuel are heat and carbon dioxide (CO2) and water (H2O), when a hydrocarbon is burned. As it is clear from equations oxidation of hydrocarbon fuels and the law of conservation of Mass, weight of gaseous discharge from the engines of cars, aircrafts and ships and from power production plants, especially from thermal power plants, exceeds the weight of the fossil fuel.

To calculate the mass of carbon dioxide and water discharged into the atmosphere when burning 1 ton (t) of fuel, as well as the mass of oxygen consumed from the air to oxidize 1 ton of hydrocarbon fuel, we can use the equations below. The equations hold true within a sufficiently wide range of the fuel compositions burned and represent regression models obtained by processing the data of stoichiometric calculation. In calculating, it was assumed that going out of the chemical reaction of the fuel oxidation amounts to 100%. In the case of coal being burned we shell assume that it is anthracite, which is practically one hundred percent carbon. It should be noted that the dependent variable is a dimensionless value since it defines the number of tons of the reactant product or reagent formed by burning a ton of fuel.

The mass of oxygen consumed to oxidize one ton of hydrocarbon fuel amounts to:

Where H% is the percent content of hydrogen in a ton of fuel.

If we assume that hydrocarbon fuel contains only carbon and hydrogen, then equation (3.1) can be simplified

Since the air contains 23.2% oxygen by mass of air used to oxidize 1 ton of hydrocarbon fuel amount to:

To this end will pass through the combustion chambers of engines and will heat up to 1000-24000 C 14.797 ton of air. If you multiply the above numeric by the amount of planes landing and taking off from the airport of a large city, it will become clear to you why it is somewhat warmer in the airport area than in an open field, the sky frowns more often, it rains more often and also why it is a little more difficult to breathe.

"Greenhouse gases" and global warming: Mankind has learned to burn fuel to produce thermal energy. The science of thermodynamics also arose, which is translated from Greek as the work of heat. In recent decades, there has been a widespread view of the role of "greenhouse gases" in the global climate warming of planet earth. Since it is generally accepted that among of the "greenhouse gases" 80% is carbon dioxide, thereafter will talk only about it. This point of view does not correspond to the laws that science has established over the past 400-500 years of its existence and has not been confirmed experimentally. And this leads to a large number of misunderstandings when trying to justify and apply it. I will limit myself to just a few examples.

Newsman’s claim that the task of the world community is to reduce carbon emissions to "zero". Carbon in nature exists in three crystallographic modifications, differing only in the structure of the crystal lattice: coal, diamond and graphite. I ask newsman’s to indicate the airfield where diamonds fly out of the exit nozzle of the aircraft.

How to stop global warming: The axiomatic of the proposed technical solution has been known for thousands of years. It is described in Encyclopedias and textbooks. Let me briefly remind you of it.

The main source providing energy supply to planet earth is the sun [4-6]. The solar constant is the amount of energy the sun releases per unit area directly exposed to sunlight. The solar constant is approximately 1368 W/m2 (watts per square meter) at a distance of one astronomical unit from the sun (that is, on or near Earth). Sunlight on the earth's surface is attenuated by the earth's atmosphere, so less power (about 1000 W/m2) reaches the surface in cloudless weather, when the Sun is near the zenith. Recall that the earth's atmosphere also includes carbon dioxide, one of the main components of "greenhouse gases".

Previously, we estimated the amount of heat produced by mankind from all types of fuel. In 2000 mankind produced 412*106 TJ of thermal energy. This amounted to 1.08% of the amount of thermal energy that the sun supplied to the earth. I remind you that this is provided that the sun is at its zenith for only one hour a day. On planet earth, a unique system capture and accumulating the energy of the sun has arisen, this system is called life. In the journal nature, an article on the fossil genome indicates the estimated time of the origin of life on earth: 3 billion years ago. All these years, living organisms: bacteria, protozoa, mosses, fungi, plants, inhabitants of the sea, animals accumulated the energy of the sun and turned it into fossil fuels.

Solar energy enters the energy system of the planet earth constantly, day and night. The first law of thermodynamics leaves no hope that the total amount of energy entering the ecological system of the planet earth, both from the sun and from heat energy produced by mankind, will be able to be limited by the technology of converting energy from one type to another. In other words, stop global warming. Solar panels, biofuels, geothermal energy, tidal energy and so on are all forms of energy that have already flowed into the energy system of planet earth. By transforming energy from one form into another, it is impossible to reduce its total constantly increasing amount or as the summation rule in arithmetic says: the sum does not change from changing the places of the terms.

To do this, it is necessary to erect in the stratosphere a "sun umbrella" a filter of the frequency emitted by the sun, which is responsible for global warming. If it is thermal infrared radiation, then such a heat filter can be water, which perfectly delays infrared radiation. Naturally, such a "sun umbrella" should be erect accordingly with certain rules and restrictions over selected areas of planet earth. By the way, volcanologists note that in recent decades the number of volcanic eruptions and tsunamis (volcanic eruptions at the bottom of the ocean) has increased markedly. Maybe this confirms my point of view about the role of the first law of thermodynamics in global warming?.

• Discussing global climate warming without even mentioning the sun and the production of thermal energy by mankind is at least not logical.

• Thermochemistry and experimental statistical models make it possible to calculate the amount of heat produced and waste from its production: carbon dioxide and water, as well as the amount of air oxygen used.

• It is possible to stop global warming only by reducing the amount of heat entering the ecological system of planet earth from the sun.

• The function of the filter of excess solar radiation can be performed by the "sun umbrella". 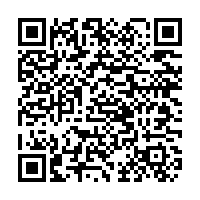